Home 2015 World Cup Waugh: Remember why you play the game

Waugh: Remember why you play the game 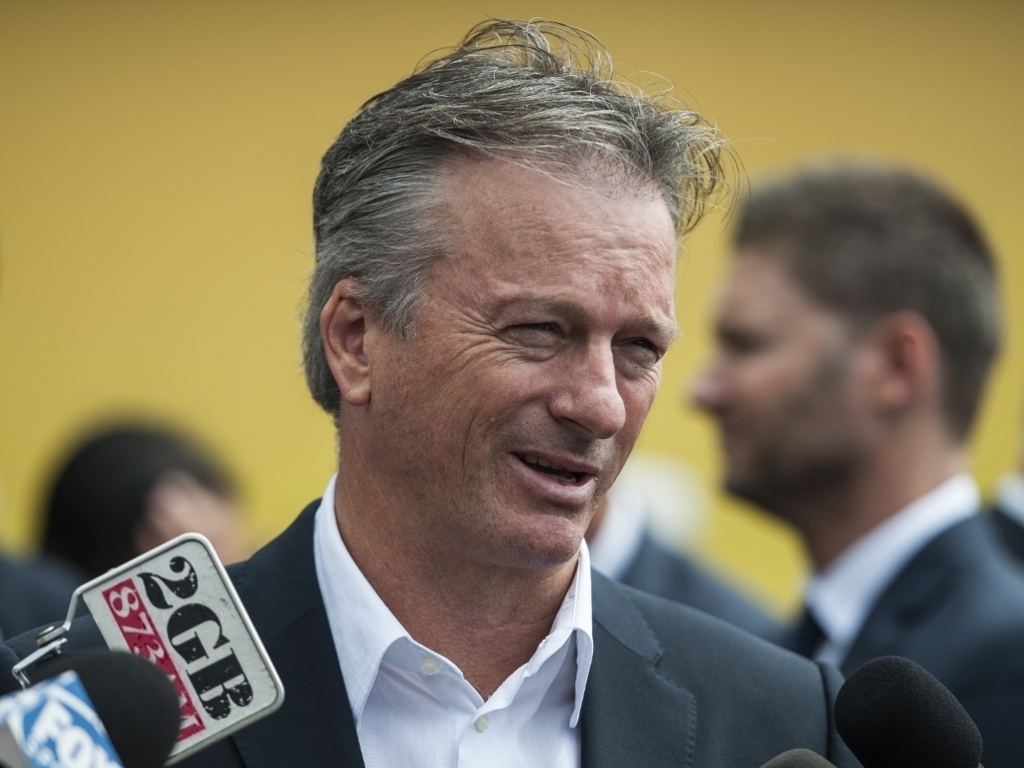 Former Australia captain Steve Waugh was asked to have a chat with Australia's World Cup squad on Tuesday evening, ahead of their quarter-final against Pakistan, and the Cup-winning skipper told them to remember why they played as kids.

Waugh was part of the side that won the 1999 World Cup, beating Pakistan in the final, and he urged the players to focus on whey they were wearing their country's colours, and what motivated their love of the game.

Waugh said when asked what he told the players: "Just simple stuff about how great this opportunity is and really to enjoy what's going on because sometimes you get caught up in these big tournaments and put too much pressure on yourself.

"At the end of the day it's about why did you first start playing cricket, because you love the game, and nothing's changed, so don't forget that when you get out there for the big games.

"In 1999 before the World Cup final against Pakistan the last thing we said was why did we start playing cricket.

"When I looked back to 10 years of age, the last thing I did before I went to bed was think about how many runs I was going to score and wickets I was going to take and first thing I thought about in the morning was same thing, how am I going to go today.

"That's why we started playing cricket and just remember a few of those thoughts."

Waugh also watched some training on Tuesday, and said he was impressed with the intensity in the nets, with the bowlers preparing for Adelaide at full tilt, as though they were out in the middle.

He added: "It was take no prisoners with the bowling, there was short stuff there and guys were playing as if they were in a match situation. I can only judge on how they went today and it was pretty full-on."

The Aussies had a long break between their early matches, at one point going 10 days without a game thanks to a wash-out in Brisbane, but Waugh felt that the players had regrouped and would be ready for Pakistan.

Waugh concluded: "I think Australia have built themselves up nicely over the last couple of weeks, they've had a lot of time off and it's been a bit distracting, but you can see now the way they've trained today they're primed and ready for the big games.

"World Cups are all about getting momentum at the right time in the tournament."