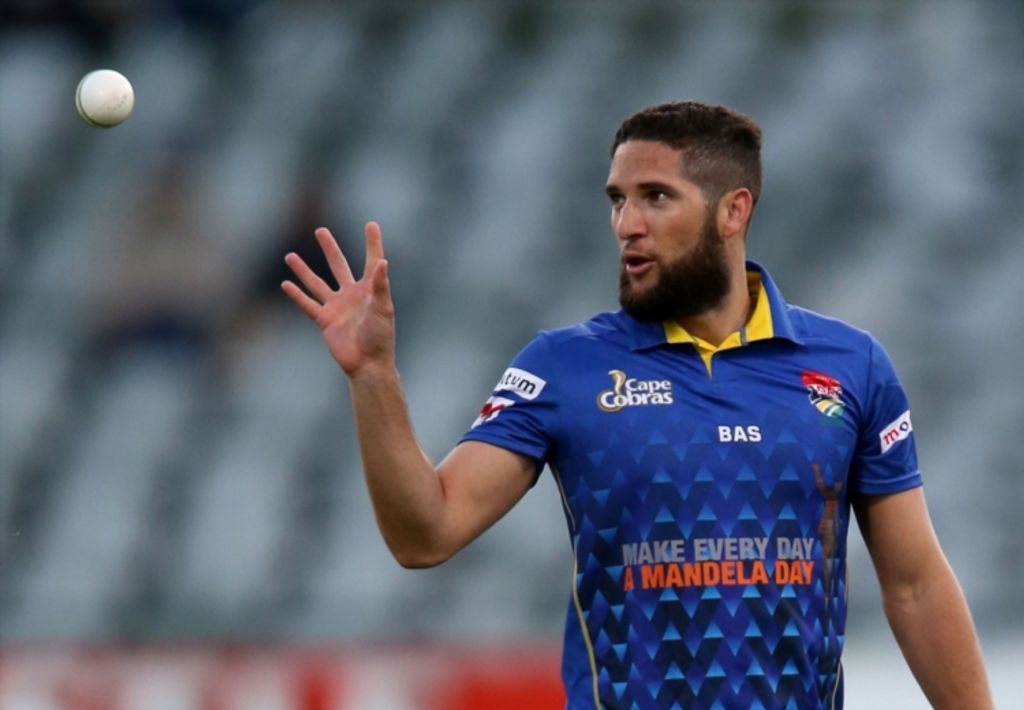 The Cape Cobras and Proteas allrounder Wayne Parnell, who recently signed a three-year Kolpak deal with Worcestershire, have parted ways with immediate effect, bringing to a close a relatively successful period for Parnell in Cape Town over the past three years.

The 29-year-old Parnell signed a three-year Kolpak deal with Worcestershire, effectively bringing an end to his international career, which consisted of 65 ODIs, 40 T20Is and six Tests.

“It was a tough decision, as he was a senior and successful member of the Cobras squad in the past, winning four awards at the Cobras Player Awards in 2015/2016. He was voted Player of the Year at that awards ceremony.

“But his decision to sign Kolpak and also to participate in the Afghanistan Premier League has made him available for the World Sports Betting Cape Cobras for a very limited period, while he would also not be available for international selection in future,” said Dien.

“We pride ourselves in being a conveyor belt for international South African players and it’s part and parcel of our mandate.”

Corrie van Zyl, general manager cricket of CSA, said” “Every franchise is entitled to select two Kolpak players in their playing eleven, but those Kolpak players must be paid from the franchise’s own funds, and therefore it is really up to the franchises to determine the value of that player to their team.

“We are concerned about the amount of players who have signed a Kolpak agreement, which makes them unavailable for national selection.

“Although the experience of the Kolpak players is valuable, CSA needs to ensure that those players, who are still committed to playing for the Proteas in the future, are afforded the opportunities to develop.

“Every player who turns Kolpak, is one less that can be eligible for the South African team and therefore CSA needs to look at ways to protect itself against the loss of experienced and younger players,” Van Zyl adds.

“Our mandate is to produce players at domestic level who will represent South Africa.”

Parnell, when announcing his decision to turn Kolpak, said the decision to go Kolpak was the toughest of his life.

“This is probably the toughest decision I’ve had to make in my career,” Parnell told ESPNcricinfo.

“Of course this wasn’t an overnight decision, it’s a very difficult decision and I am fully aware and understand the pros and cons of it.

“I have always enjoyed playing for my country since making my debut. I’d like to thank everybody who has supported me through thick and thin, my family, my friends.

“Special mention must go to the Eastern Province and Warriors unions for taking a risk and giving a kid from the dusty streets of Booysen Park a chance play this wonderful game.

“To all of those people who dislike me for whatever reason I thank you as well, you’ve helped make me mentally and emotionally tougher.”

Parnell admitted he had been considering the move for almost a year during which time he has slipped out of South Africa’s teams across all formats and battled with injury.

“After my serious injury in January 2018 I had three to four months out and really had time to reflect and think about what I want for the rest of my career going forward,” he said to the Worcestershire website.

Parnell experienced a dip in form in 2017/2018 in the RAM SLAM T20 Challenge, but also battled injury. The Momentum One Day competition was his most productive for the Cobras, taking six wickets and averaging 29.33 with the blade in five matches.

“We will remember with glee his three straight five-wicket hauls for the Cobras in 2015/2016 and also the way in which he forced his way back into the national side through consistent excellence for the World Sports Betting Cape Cobras.

“We wish him well with his future endeavours,” Dien concluded.