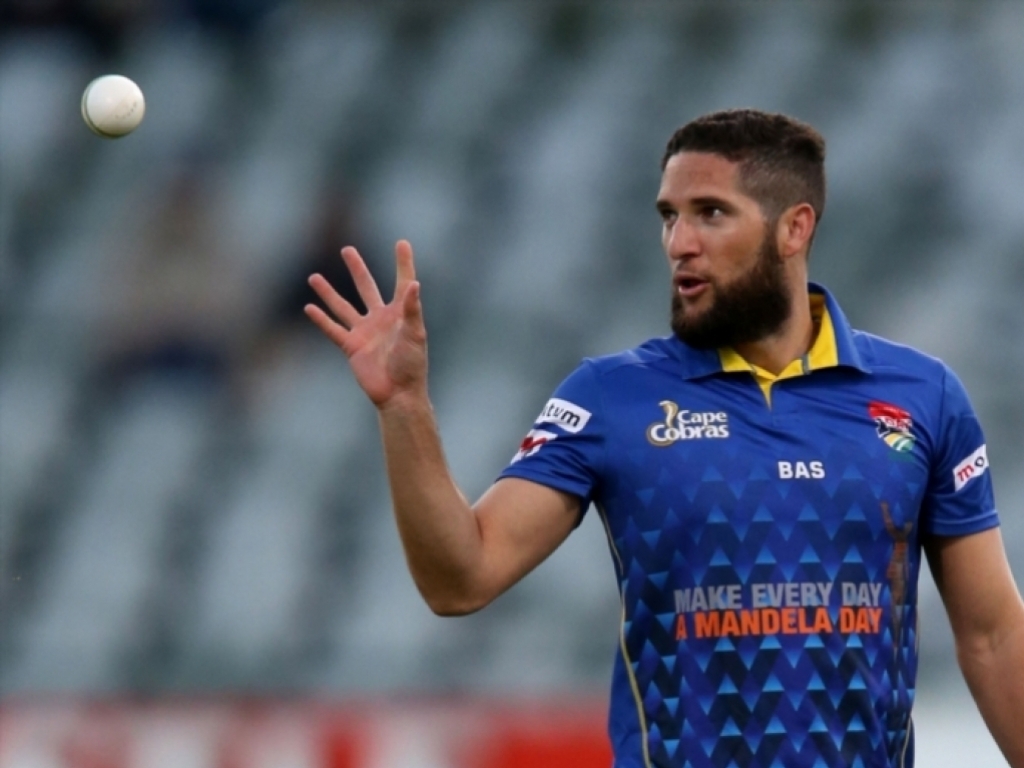 South Africa allrounder Wayne Parnell is set to boost the Cape Cobras’ bowling attack in the build-up to the T20 Challenge matches this coming weekend.

The Cape side lost by 15 runs (DLS) to the Dolphins in the opening round of the tournament at in Centurion on Sunday.

The attack, which suffered at the hands of Sarel Erwee (103) and Khaya Zondo (67), will no doubt be bolstered by the return of Parnell, a fast bowler and free-flowing top-order batsman in the white-ball formats.

Parnell, when on song, is a match-winner with both bat and ball in any format of the game. He is particularly devastating when opening the innings and can also swing it both ways at pace. That explains why he has taken 166 T20 wickets and produced 4-13 as a best-ever burst.

“Wayne bowled at 80 per cent intensity at three-quarters of his run-up last week and the idea is that he will be able to operate at 100 per cent starting with training on Tuesday,” said Shane Jabaar, the Cape Cobras physiotherapist.

Parnell was indisposed due to a groin injury, but his rehabilitation gathered steam in the lead-up to the opening match on Sunday against the Dolphins.

Cobras coach Ashwell Prince and the selection committee, resisted the temptation to unleash Parnell while he was not fully fit, the coach saying it would have been a bit of a lottery to pick Parnell for the maiden clash of the campaign.

The Cobras could not hit the right lengths in the first six or seven overs on Sunday and the Dolphins were off to a flyer, striking a record score of 231 for two.

The valiant Cobras, attempting to chase down 124 in 10 overs after lightning had forced a reduction of the overs, struck 108 for three, courtesy of the Herculean efforts by Hashim Amla and Aviwe Mgijima.

They came close to the century-stand, off only 55 balls, between Zondo and Erwee, for the third wicket during the Dolphins’ innings.

Jabaar said seamer Tshepo Moreki, who had an injured finger, had a scan which revealed no fracture, but ligament damage. He was rested for the opening match.

But he will move full steam ahead in the next few days as the Cobras prepare for the second T20 match against the Highveld Lions at the Wanderers Stadium on Friday.

The Cobras will then be back in Centurion on Sunday where they will meet the Mutliply Titans.