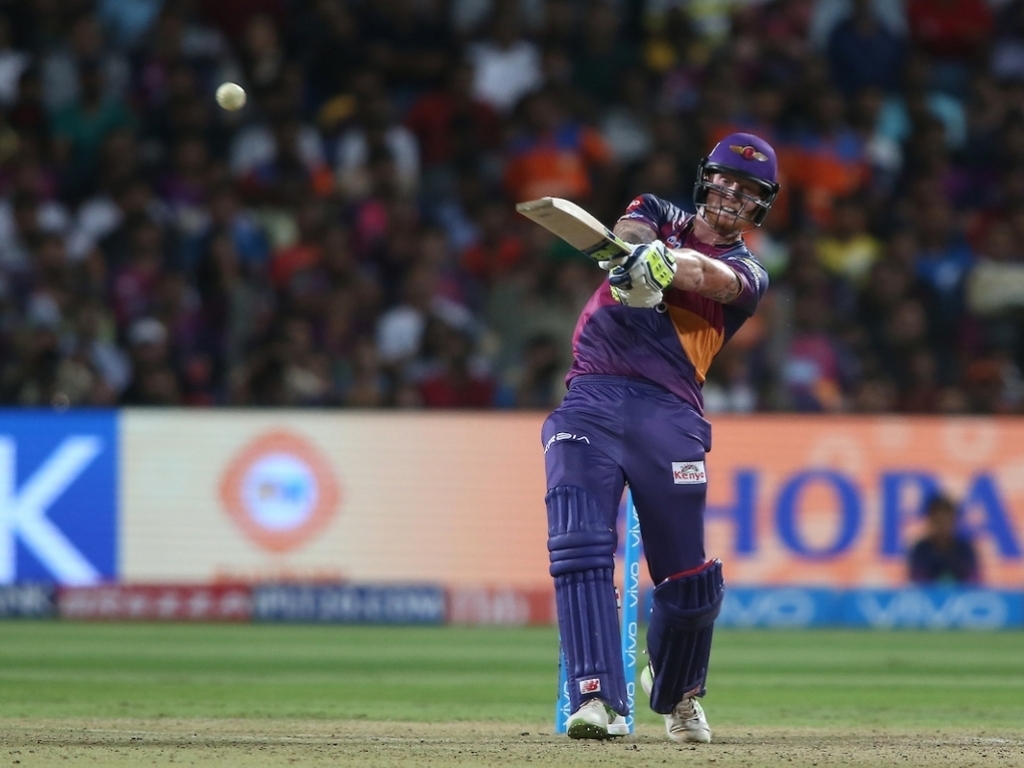 Rising Pune Supergiant allrounder Ben Stokes said that the plan was to attack the first few balls of the late overs as they chased down 162 to beat the Gujarat Lions.

Stokes hit an unbeaten ton having found himself at the crease as early as the second over with three wickets tumbling in the first nine balls.

The Englishman struggled through cramps late in his innings but was still able to clear the fence a few times at the death.

When Stokes smashed James Faulkner through extra cover for four in the final over RPS were cruising to a win.

Stokes said as he received his man of the match award for his 103 not out: “It’s just a cramp in the calf. The legs aren’t alright but it will be alright in the morning.

“We lost quite a few early wickets… me and MS just tried to keep it ticking.”

At one stage the run rate had climbed to twelve an over but Stokes kept calm and took the game deep before blasting a series of boundaries that saw RPS home.

When asked what the gameplan was towards the back end Stokes replied: “Numbers game: we just tried to go big at the start of the over and cool it off.”

Stokes feels that his injury lay-off, that saw him miss the last IPL match, helped his game allowing him to play more naturally:I actually think it did me good (the niggle) and I had a rest. Maybe I was doing some training that did not benefit me. I just let my natural instincts to take over.”

The RPS skipper Steve Smith was thrilled with the performance both from the bowlers who did well to restrict the Gujarat Lions to 161 all out and from Stokes.

Smith said: “It wasn’t an ideal start but we have some artillery in the shed. MS and Stokesy took it deep. It is one of the easier ground to his sixes and Stokesy made use of it.

“I thought it was a great effort for the bowlers to pull it back to 160. One of the balls hit the side of the hoarding, taking a chunk out of it, and the ball started reversing.

“We are peaking at the right time, hopefully not too early. As I said, Lockie was unlucky to miss out. Stokesy is a quality player and he certainly earned his cash. Fantastic player and very proud of him.”