Home Countries Australia We look at the candidates to replace Rogers

We look at the candidates to replace Rogers 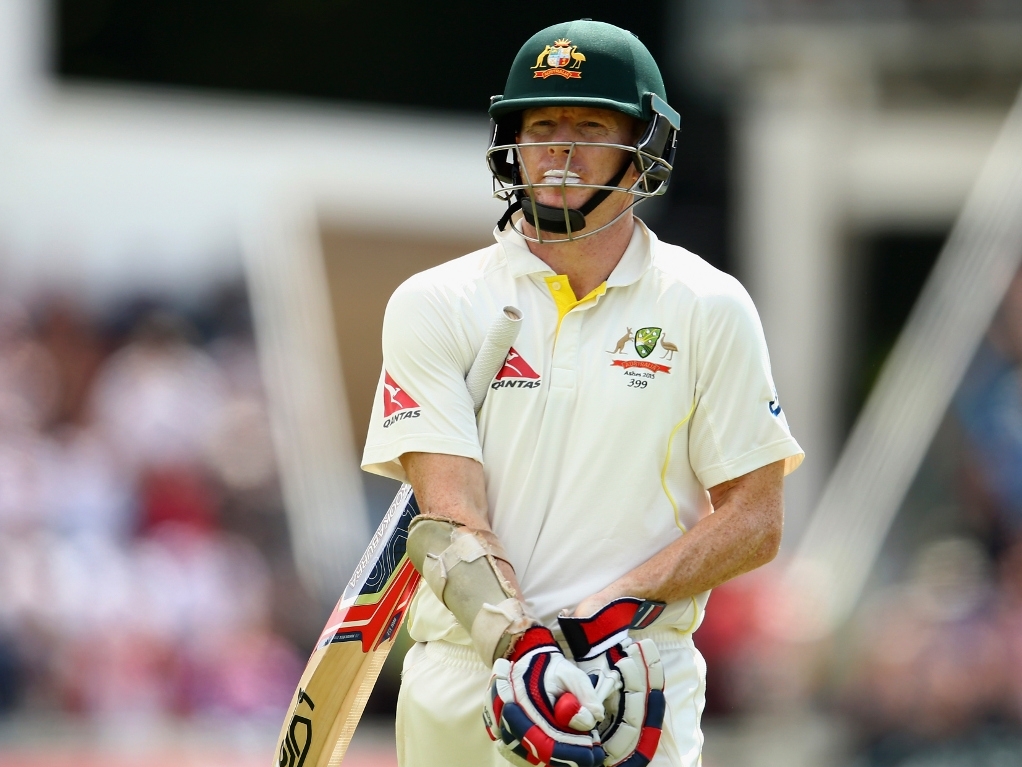 Some vacancies are bigger than others. When Ricky Ponting dropped down from number three in 2011 it took four years for Steve Smith to cure the ills that plagued the slot.

It was closer to half a decade between Shane Warne's retirement and Nathan Lyon's debut, and half that time again before he was established as Australia's principal spinner.

It helps having a truckload of options at the ready in the knowledge that the first fix (or second, or seventh, as was the case with the above pair) may fail.

Thankfully for Australia that looks the case in replacing Chris Rogers when he shelves his mangy arm guard for good at the end of this Ashes series.

While Rogers has afforded himself some breathing room from his earlier stated position that this would be his finale, at nearly 38 and after another blow to the head last week, the lure to take a bow in August remains the central-case for his departure.

Front of mind will be that Australia's next opener has to operate in the orbit of David Warner, the man only second to Smith as the country's most critical batting cog.

Warner's high-octane game isn't for changing – not materially anyway. Take his post-Lord's response to missing out in the first innings courtesy of a bad rush of blood to Moeen Ali's sixth ball: "I saw it in my zone, I always say I will go down the way I want to go down."

It's hard to be critical of a player whose framework is as simple and honest as that. However, it does make the counterweight all the more important.

To that end, the Australian tour game in Derby and the Australia 'A' fixture at Chennai (against India 'A') were timely in helping colour how life after Rogers may appear, doubly so occurring as they did while the incumbent sat out after another smashed helmet.

Shaun Marsh was afforded a further opportunity to effectively trial for the gig, one that he may well have to step up for in the third Test this week if Rogers doesn't come up from that latest whack.

It is the third time where Marsh has saluted with a century at the top of the order during this Caribbean/England tour. For a man who took 13 years of professional cricket to tally his first seven First Class centuries, he's gone on to register nine now in the last two.

Despite first inning failures in both of his West Indies Tests in Rogers' place, and then losing his middle order spot to Adam Voges while moonlighting in the opener role, he's done well to keep his nerve and continue his assured run of form.

Unusually, for what is typically regarded a specialist role, Marsh is anything but; he bats below Voges at state level. Indeed, it may end up being the case, especially if Michael Clarke cannot regain his magic, that Marsh is required back to bolster that middle order through the next couple of years.

That wouldn't necessarily be a bad result given the alternatives in the mix.

It's instructive that another non-opener in Usman Khawaja was not only made captain for the current 'A' tour, but also started in both innings in Chennai (albeit for only 25 and 12) this week.

Whether or not that's an intentional effort on his or Cricket Australia's part to reinvent him as a potential candidate for the Rogers hole, it is a tactic with merit.

Khawaja – now 28, coming into the traditional batsman's prime – has been a career number three; he's barely left the position. However, with Smith having a mortgage there for as long as he wants it, he has to find a new job if he wants to play for Australia again.

The move isn't at all without precedent, not least by Justin Langer who came in at first drop for 38 Tests before the most productive of his 105 Tests came at the top.

Another with a more than suitable claim for recall is Ed Cowan. Black sheep perhaps, but a remodeled and unshackled talent too.

While his 1001 Test runs at 31 weren't enough to bed down a career first time around, a return to New South Wales this season comes after his final season with Tasmania generated his most productive passage to date, including four hundreds before Christmas.

In those tons he flourished at a strike rate of 69, a marked increase from the 41 runs per hundred balls he scored at Test level.

If you are looking for a diligent pro in the Rogers mould, Cowan is the neatest fit, but there's another outside the immediate frame with a similar claim in Michael Klinger.

The same age as Rogers (35) when he was restored, and Voges when he got his chance, Klinger's most consistent cricket has been a long time coming after debuting when the Y2K bug was still a regarded as a real and present danger.

His move to Western Australia last season saw him average nearly 60, in line with the Marsh trend where 14 of his 25 professional red ball tons have come in the last two and a bit years.

A glut of runs with the white ball too (three unbeaten T20 tons in England in quick succession) highlights that the peak of his powers is now.

Finally, Queensland's Joe Burns finished the Australian summer as the Test number six, before losing his middle order spot to Voges, but it was as an opener that won him a baggy green. At 25, he has time on his side to make any top six post his long term home (apart from Smith's).

Which returns us to where we began with Marsh. After being given repeated chances for Australia before having truly proven his worth, the opposite is true now where he can't get a start when he looks the goods more than before.

This time around, it's a chance he's earned. Healthily, he won't be short of competition.