‘We need to be honest with each other’ 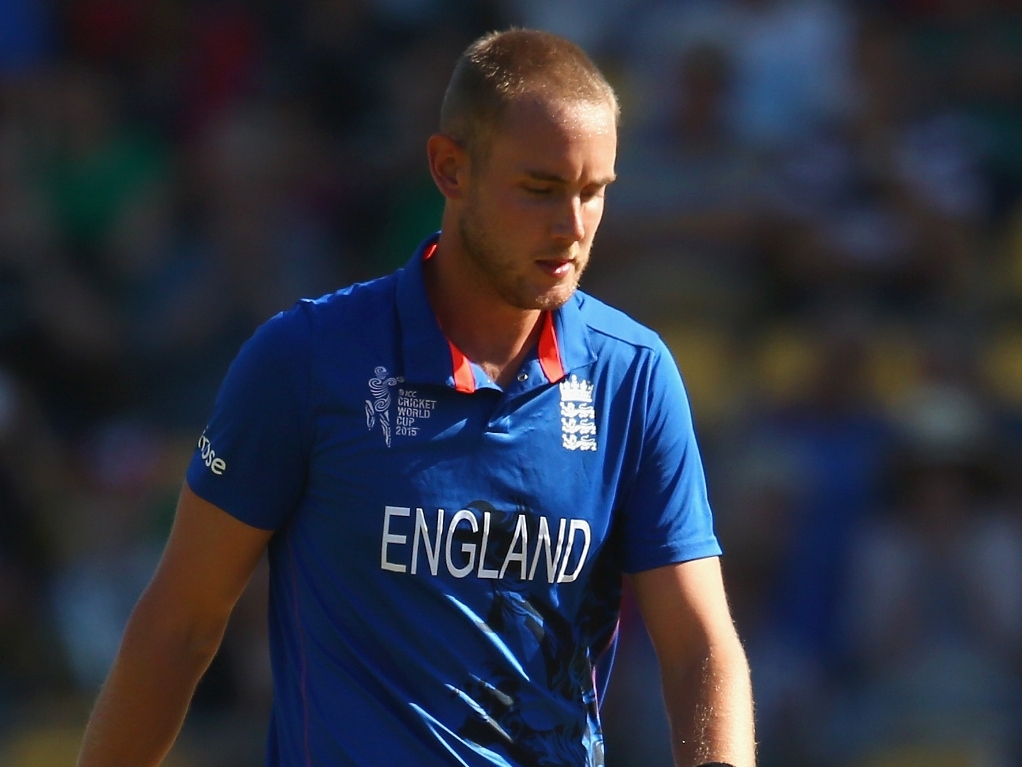 England fast bowler Stuart Broad feels that while it's perfectly lovely being a dressing room where everyone gets on, he hopes they find a bit of attitude for the rest of their World Cup campaign.

England face Bangladesh in Adelaide on Monday and must win to keep their quarter final hopes alive, having lost to New Zealand and Sri Lanka, the latter by a massive nine wickets and failing to defend 310.

Broad, one of the few senior players, said that the players needed to be honest with each other about their failings, and also find a bit of aggression in the middle. Broad himself has had a poor run, taking just two wickets in the tournament so far.

Broad told the Daily Mail: "It was a very quiet changing room after the (Sri Lanka) game and you sensed a bit of anger in there as well. I know I was frustrated and angry.

"There was such a high at half time – 310 wasn't perfect by any means but we should have defended it – and to have that sucked away from us like that was really gutting.

"That mood carried on and when we flew here it was sombre. But we need to pick ourselves up because at the end of the day if we do win our last two games we're in a quarter-final, aren't we?

"The batting let us down against New Zealand and it was the bowling and the fielding against Sri Lanka. It’s got to be a confidence thing. So we'll sit down when we get back together on Thursday and be honest with each other.

"When things are not going well you tend to go within yourself and it’s a tough thing as a professional sportsman to break that shackle off your back, it really is. But it’s now or never, isn't it? We've got to do it.

"We need players to perform and be brave now. It’s a young group but they have to stand up and believe they can take on the players here. We don't have natural ‘out there’ guys at all. Everyone’s lovely. Everyone’s really nice.

"If you put them all in a room together for five days and have a beer there wouldn't be a bad word said. Sometimes you need a bit of attitude. Did you notice the other day in the field when it looked a bit dead out there?

"Jimmy Anderson and I came in from the boundary just to try to make it uncomfortable for the batsmen. We've got the talent and skill to do it."

The paceman was hesitant to comment on the latest media furor surrounding Kevin Pietersen, after new ECB chairman Colin Graves hinted that if KP played some county cricket, he could find a way back to the England side.

Broad added: "It was Colin Graves who gave an interview wasn't it? To be honest, we've had a tough time and this is a very important part of our winter. The last thing we need is another KP media storm popping up again.

"I'm a bit hesitant to comment on it because I can't be bothered with it. We have to get tight as a group and push towards the Bangladesh game and win it. It’s surprising this has raised its head again."