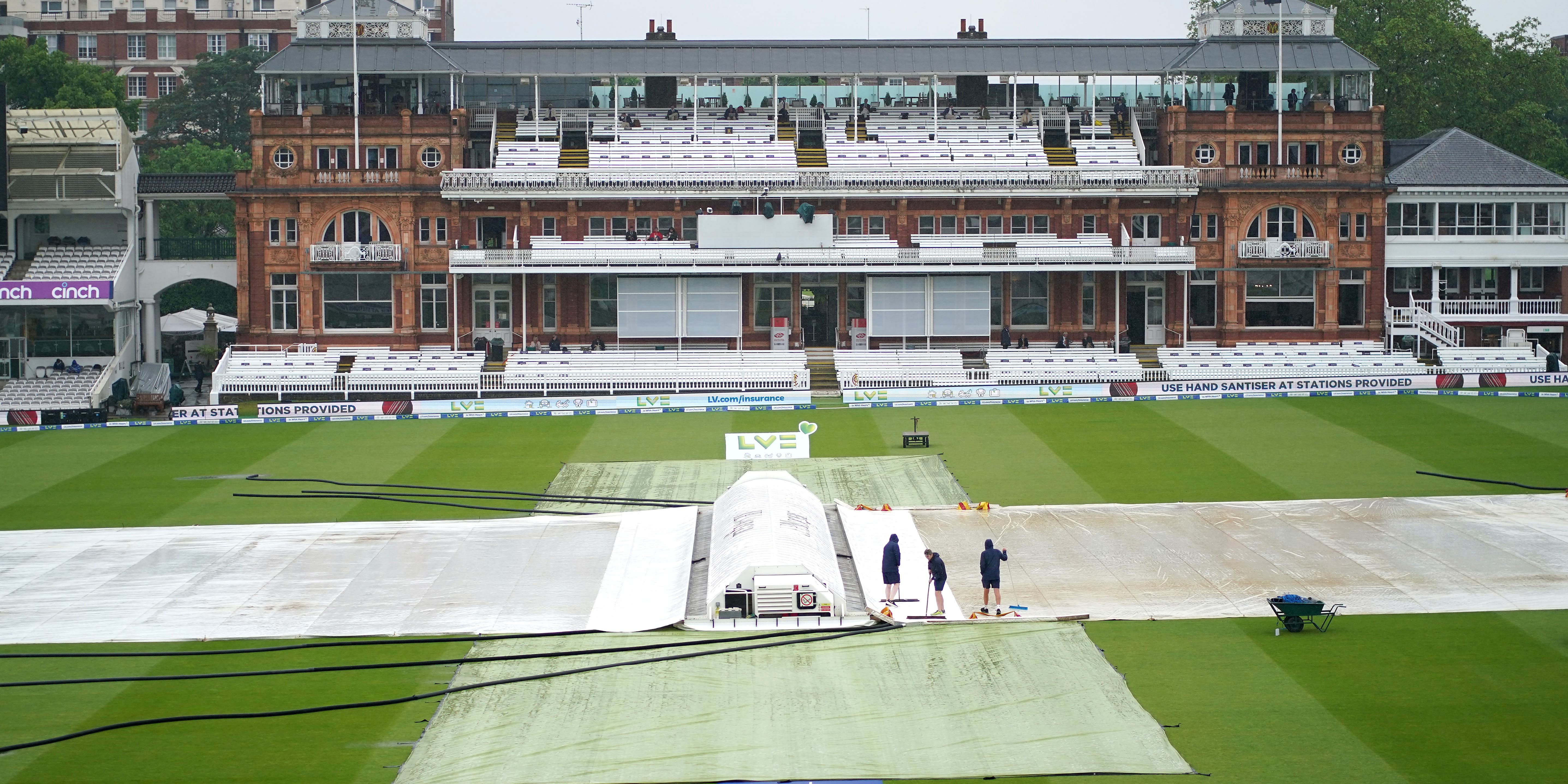 England’s attempts to bat themselves into a healthy position against New Zealand were thwarted by a day-three washout, denting both sides’ hopes of winning the opening Test at Lord’s.

Rory Burns and Joe Root put on an unbroken 93-run stand on Thursday evening to rescue England from 18 for two to 111 without further loss in response to the Black Caps’ 378 all out, underpinned by Devon Conway’s 200 on debut.

Burns went to the close on 59 not out after being restored to the line-up – he was dropped for the final two Tests in India last winter – while Root was within eight runs of following the Surrey captain to a half-century.

They were denied the chance to take the field on Friday morning by the inclement weather, with steady rainfall continuing well into the afternoon and leading to any prospect of play being abandoned at 4.30pm.

The first Test of this two-match series had been intriguingly poised and while that remains the case, the absence of any play on Friday increases the likelihood of a draw, even if the forecast is set fair for the last two days.

Providing the conditions are dry, play will get under way on Saturday at the usual time of 11am, with 98 overs set to be bowled. The eight extra overs are to be added at the end of the day.