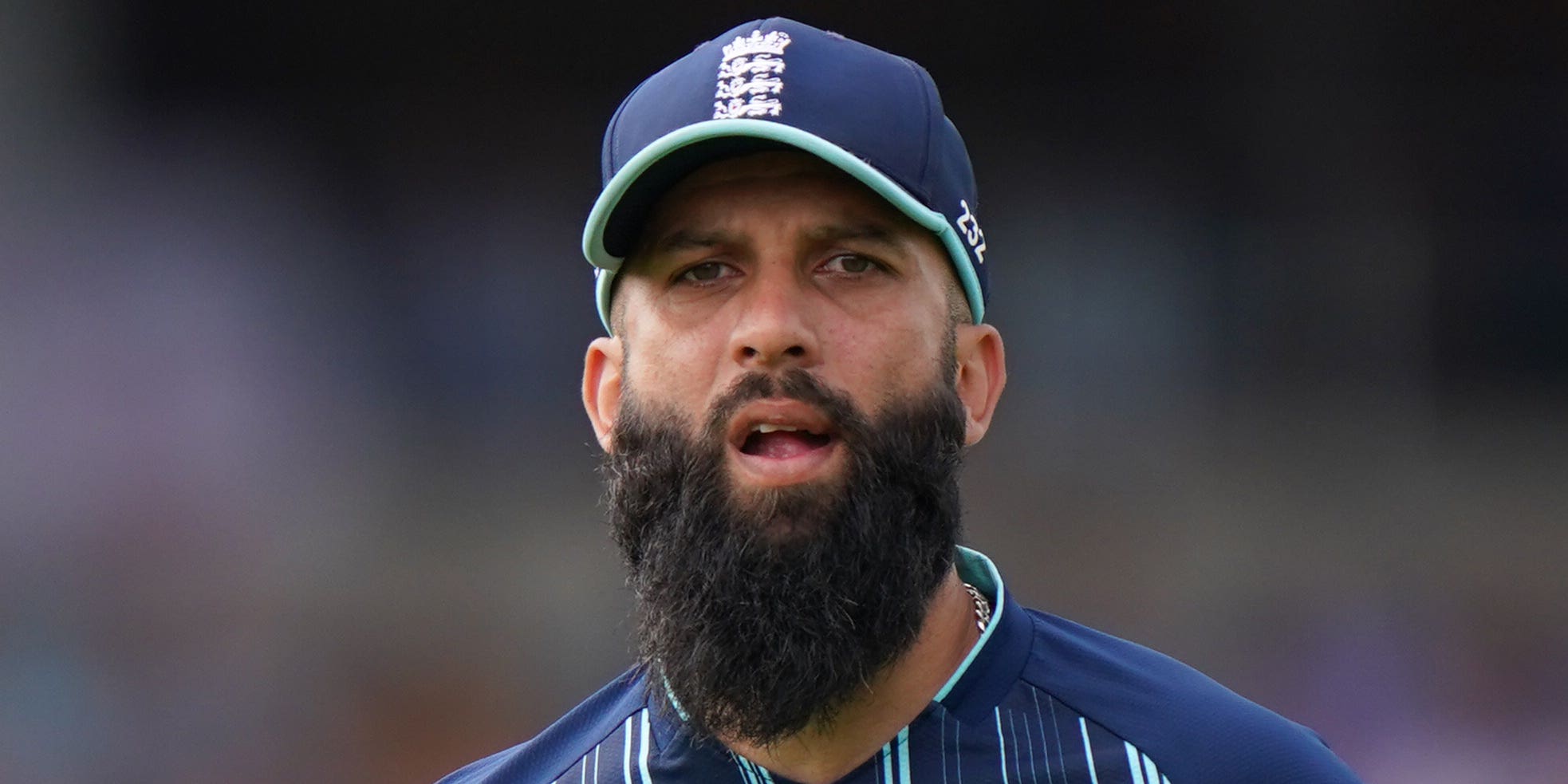 Moeen Ali branded England’s Twenty20 batting a disappointment after they saw a second chase against Pakistan go off the rails in the space of four days.

Having failed to make 167 in Karachi on Sunday, the tourists lost track of an even slimmer target as they were unable to make 146 at Lahore’s Gaddafi Stadium.

Moeen did his best to drag the result back with a captain’s innings of 51 not in 37 balls but he lost a last-over battle of wills with debutant seamer Aamer Jamal, who secured a five-run win for his side.

Phil Salt, Alex Hales, Ben Duckett and Harry Brook made just 18 between them as the top six imploded, while Dawid Malan contributed a scratchy 36. Their efforts left Moeen frustrated by a lack of game awareness.

“Of all the games so far, this was the most disappointing, the way we batted in particular,” he said.

“Obviously I’m disappointed we didn’t chase those runs. I feel we’re a better team than that. You have to see the situation of the game, and the conditions. All we needed was one partnership, a 60-70 run partnership would have won the game.

“We want to play this brand that is attacking but you also have to see the situation of the game and the conditions, things like that.”

Moeen would have been pleased to have a top-order player with the composure of Mohammad Rizwan in his ranks, after the Pakistan opener propped his side up with a knock of 63.

It was his fourth half-century in five attempts and taught England a lesson they did not heed.

“He’s a brilliant player, so hard to stop and so busy. He’s somebody we can learn a lot off,” said Moeen.

Moeen had backed himself to provide a grandstand finish, facing up at the start of the 20th over with 15 needed and turning down a single off the first ball. That kept new man David Willey at the non-striker’s end and, although Moeen got one six away to take the game to the last ball, he was brilliantly shut down by Jamal.

“I was in and I felt it might be difficult for Dave. He (Jamal) was on debut, nervous…but he bowled really well,” said Moeen.

“Two big hits and you’re done. I got one but unfortunately couldn’t manage to get the other one. Sometimes you’ve just got to give it to him, it was a good last over.”