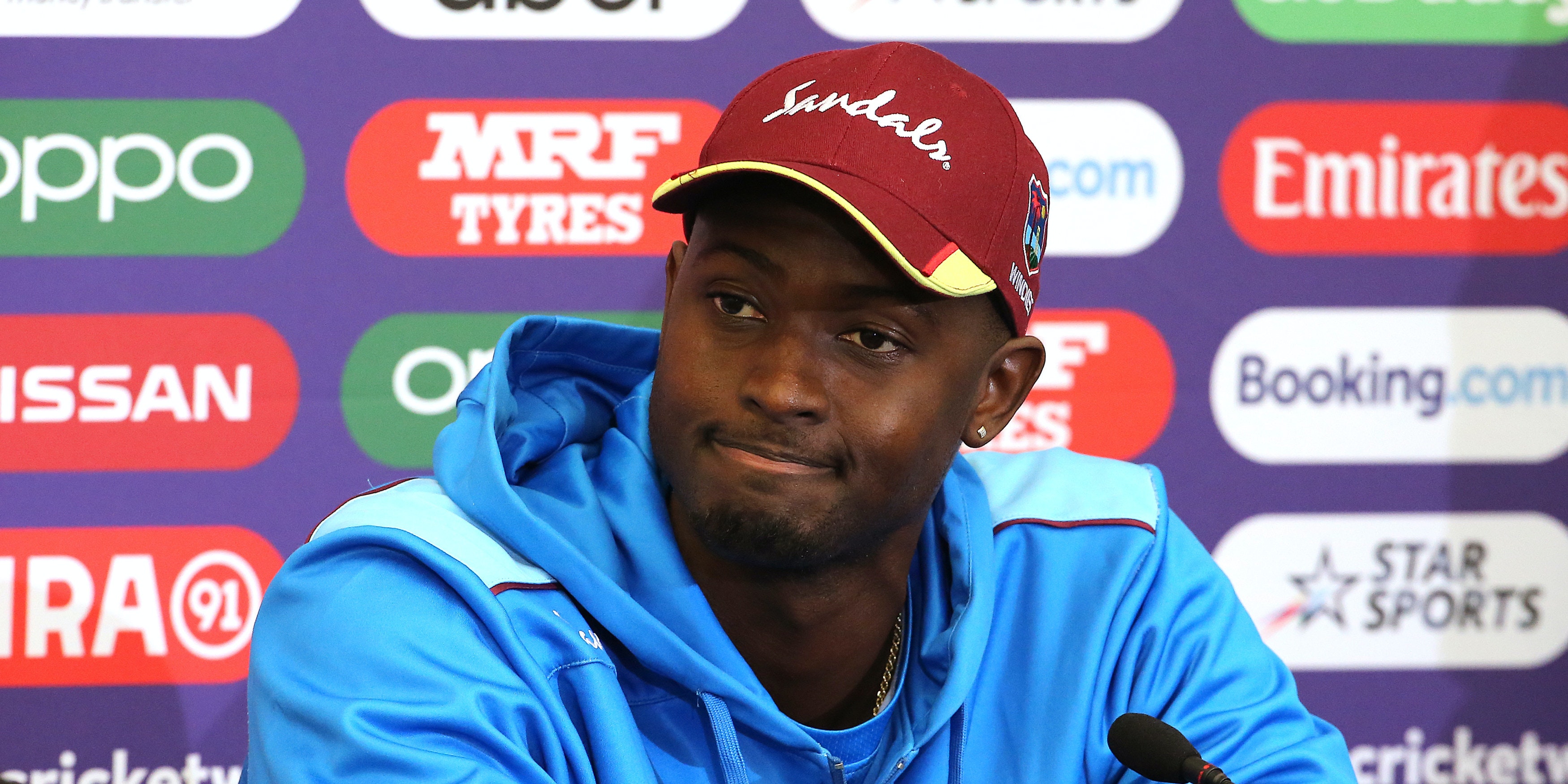 West Indies captain Jason Holder has been reassured by the measures taken to look after his team since arriving in England and feels “pretty safe” despite the ongoing coronavirus crisis.

The Windies landed in Manchester on Tuesday via a privately chartered flight arranged at the hosts’ expense and were immediately shuttled to Emirates Old Trafford, where they will combine the mandatory 14-day quarantine period with a pre-series training camp.

Health and safety protocols will continue to be rigorously enforced for the duration of the trip but the decision to travel to one of the worst affected countries in the world has already won the tourists considerable gratitude.

Only three players declined the opportunity – Shimron Hetmyer, Keemo Paul and Darren Bravo – and Holder is confident the 25 who did sign up are in good hands.

“To be honest I feel pretty safe. I must commend the ECB, they’ve been outstanding,” he said.

“We had a chartered airline and arriving here in Manchester was pretty smooth. We just transferred directly from the plane through the VIP hall and then straight onto the buses directly to the hotel. We’ve had no real experience with anyone from the public.

“Everything so far has been rolled out perfectly and whilst it continues that way, I can’t see much interference coming with regards to the series.

“Before coming here to England, we all knew what was being posed. We’ve all made a decision to come over here, not been forced, and we’ve done it because we want to be here, we want to play cricket.

“We’re happy to be here. Personally I’m happy to be playing some cricket, not many other nations are. Many organisations are taking pay cuts and we have suddenly got our opportunity now to make some money, so we have a lot of things to be thankful for and I think we just have to relish the opportunity and grab it with both hands.”

One inevitable consequence of keeping the Test matches as safe as possible is empty stands. England is renowned for its strong attendances for five-day cricket and Holder admits that lack of atmosphere will be a loss.

“I myself tend to be pumped up a little more when I see packed stadiums and a decent crowd. To not hear them sing and chant will take some getting used to and that is up to me to cope with.

“It’s not going to be a normal bilateral series here in England but at the end of the day this is where we are with the state of world cricket, or the state of the world.

“I think we are all professional enough to make that adjustment and crack on with the new way of sport. We’ve just got to get accustomed to it, understand it and make sure we’re doing the best we can do in the circumstances.”