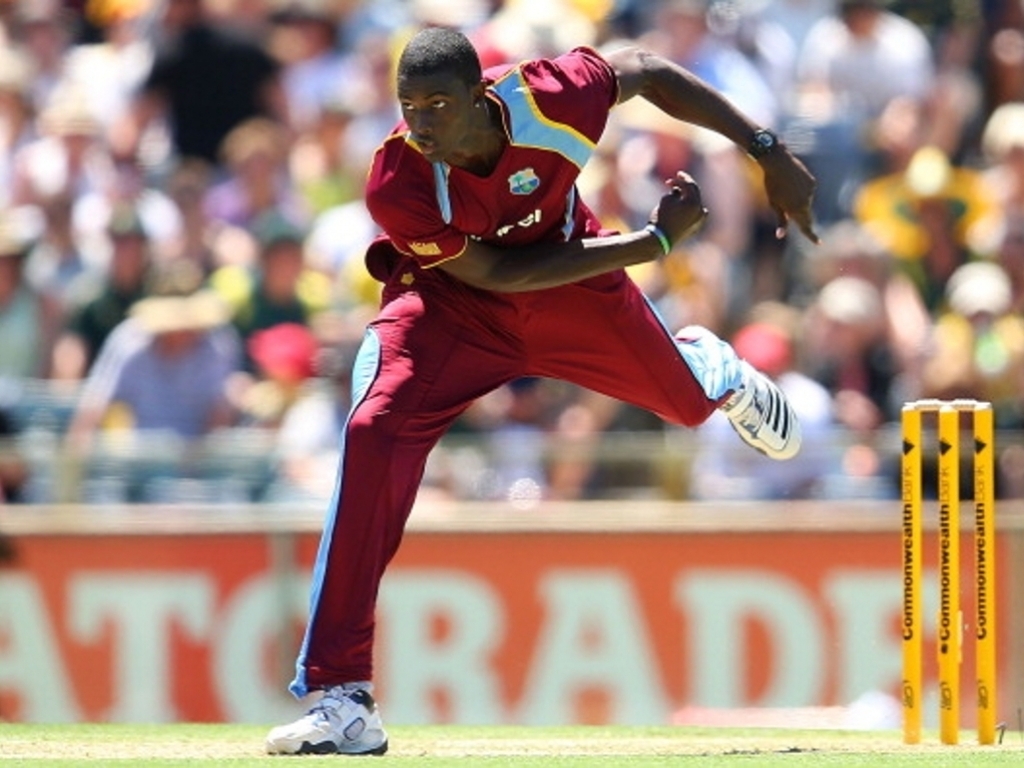 West Indies captain Jason Holder believes that each member of the team needs to take a good long look in the mirror to see what went wrong in Zimbabwe.

The series started with a win over Sri Lanka but a string of disappointing results thereafter saw the West Indies fail to make the tri-series final.

The West Indies butchered two chases with Zimababwe first snatching a final ball tie before the men from the Caribbean fell just one run short of Sri Lanka’s 330 earlier this week.

Those results might have been forgiven if they could put Zimbabwe away in the final round robin match and qualify for the final but they would allow Zimbabwe to slip off the hook and post 218 for 8 after having them seven down with less than 100 runs on the board.

When asked where it all went wrong Holder said: “It’s a difficult question.

“Luck wasn’t really in our favour in some instances but, out of the things that we could control, I didn’t think that we fielded well throughout the entire tournament, consistently.

“It’s a situation where we really need to look at ourselves in the mirror and see where we fell short, moving forward into the new year, and see how we can come together again and perform better.

“Today I felt Zimbabwe got too many runs, and we didn’t bat smart enough in the situation.

“We lost wickets at crucial stages.

Holder woulkd give credit to Zimbabwe for how they responded to the situation and the way Sikandar Raza and Tendai Chisoro saved the day for the hosts with a 91 run unbroken eighth wicket stand.

Holder added: “Some credit must be given to Zimbabwe for the way they strategised: [how they went] about their innings, and to get the spinners on early and get through their overs with all this talk of the weather around.

Thanks to some terrific hitting from Holder the West Indies got close to the par score but the skipper lamented that he was unable to get the balancing act of caution and aggression just right.

He went on: “At the beginning of that last over which Graeme started to bowl, I knew we had to get as close as possible to it, but it was still a risk because you didn’t want to lose a wicket as well.

“So I tried to go after him a little bit, but I couldn’t get hold of it. I had a word with the umpire then, and he did say that if it continued in that vein we’d consider going off.

“For me, I was just trying to get to that score without losing a wicket, so I was between a rock and a hard place.

“It was touch and go, to be honest. I felt the weather never really changed throughout the entire day. But the umpires used their discretion, I couldn’t really get involved. It was their decision.

“They felt it was becoming a little slippery for the fielders. I was willing to play through it, and I felt like we could have stayed on and played through it, but that was beyond my control.”

Holder was keen to highlight that there were positives for the West Indies from this series with hundreds being scored by Shai Hope and Evin Lewis and some stellar individual performances being put in.

The skipper said: “There are plenty of positives. We got two centuries in four games, the bowlers came in and did a really good job. And just to see the way we went out in the last game to try and chase down 331, to fall one run short.

“For a young group, a very inexperienced team, to get that close, credit must be given to the guys. I’m not disappointed too much in individual’s performances. Collectively, we fell short.

“To see the way we’ve grown in this tournament, the way the guys have played, I can’t fault them. It’s a situation where we need to learn, and learn quickly.

“We go back home now, and some people have first-class cricket, and then we have our 50-over competition in the new year. It’s a situation where we need to take every opportunity we get to play some cricket, and we’ll get better.”