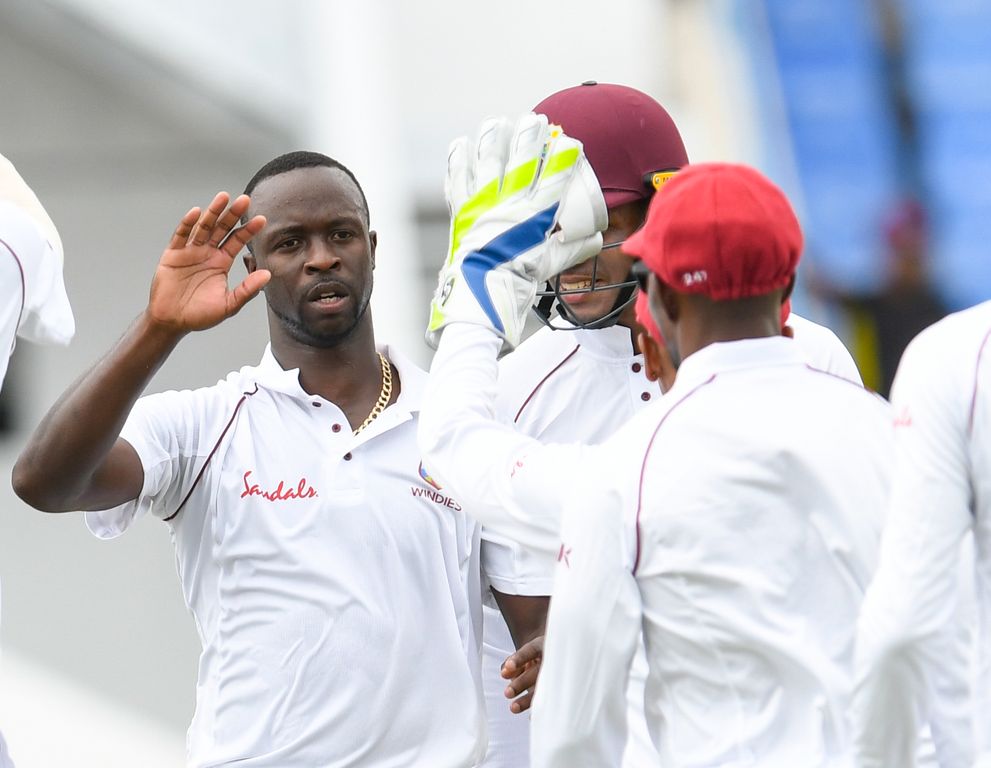 West Indies have decided to rest fast bowler Kemar Roach for the second and final Test against Bangladesh, starting in Jamaica on Thursday, with Alzarri Joseph called up to the 13-man squad.

The 30-year-old Roach took 5-8 in the first innings of the first Test in Antigua as the hosts blew the Bangladesh batsmen away, bowling the visitors out for just 43 to set up a convincing victory by an innings and 219 runs.

Roach though did pick up a hamstring injury during the first Test demolition and has been advised to rest.

Joseph, 21, who has six Test caps, has not played in the longest format since August 2017 with him only recently returning to action from a stress fracture he picked up in December last year.

After the second Test at Sabina Park, the Windies will also host the Tigers for three ODIs and as many T20Is.