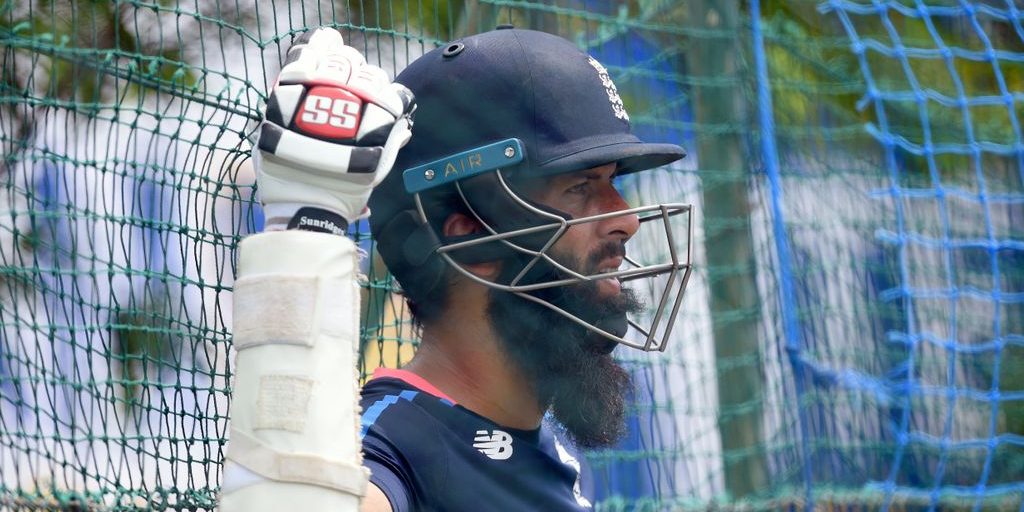 Yep. Read Dave Tickner’s verdict here. Two collapses for the price of one from England today, first to 55/4 against some hellish new-ball stuff, then from 178/6 to 187 all out after first Jonny Bairstow and then Moeen Ali looked to have repaired some fairly sizeable damage.

West Indies put England on a pitch that looked tricky and played worse. A wicked combination of tufty green grass and bald patches, there was variable bounce from the word go – more up than down – and no England batsmen ever looked in (insert your own joke here if you must).

Both openers fell cheaply, Burns nicking a good one, Denly – having already been lucky with an lbw reprieve – nicking a not so good one.

Bairstow launched a f***-this counterattack and it was great. He was 52 not out out of a lunchtime 78/4 and the Bannerman drums were beating. He got out straight after lunch.

Moeen, though. Less convincingly but with a similar strategy to launch himself at anything he vaguely recognised smacked 60. His first Test 50 in Test innings and incredibly his highest score since making 84 at Headingley against the same opponents in August 2017.

Having watched West Indies’ bowlers come out and get the ball to spit and bounce from a good length, England’s bowlers bowled too short for 21 overs that gave up only 30 runs to the Windies openers but far, far more importantly brought no wickets.

Ben Foakes suffered an injured hand when dismissed gloving a pull into his stumps for 35. Bairstow kept wicket when West Indies batted.