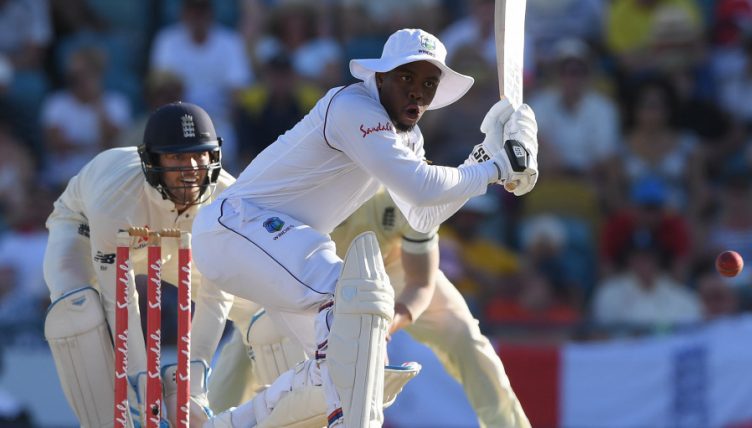 Shimron Hetmyer made a really excellent unbeaten 56 but, far more importantly, scored some of those runs hatless and some of them while wearing a wide-brimmed floppy hat.

Jos Buttler dropped Hetmyer on cover when he was on just three. Bad for England, good for fans of hats and just really lovely straight drives.

Everyone was dead excited about the pitch because it looked kind of funny two days ago but it did pretty much nowt.

James Anderson bowled loads of maidens without taking any wickets and then at the end of the day took a load of wickets (while still bowling some maidens).

The second of Anderson’s four wickets took him and Stuart Broad’s combined Test wickets tally to 1000. Classic Broad, even getting involved on days when he’s not playing.

West Indies debutant John Campbell had the seemingly thankless task of opening the batting, but looked the part in making 44 before falling lbw trying to sweep Moeen Ali, who then got smacked about the place a bit, even by Kraigg Brathwaite.

West Indies were 126/1 before Ben ‘I Make Things Happen’ Stokes made things happen by dismissing Brathwaite and Darren Bravo in quick succession.

West Indies were 240/4 before Anderson took three wickets with the second new ball and Stokes another to leave the hosts on 264/8 at stumps.

Five of West Indies’ top six reached 40, but four of them were dismissed before reaching 60. Hetmyer is 56 not out.

Anderson’s dismissal of Shai Hope in the evening session ended a 342-ball wicket drought going back to the first Test in Sri Lanka.

Anderson became the first England bowler to take 200 Test wickets away from home.