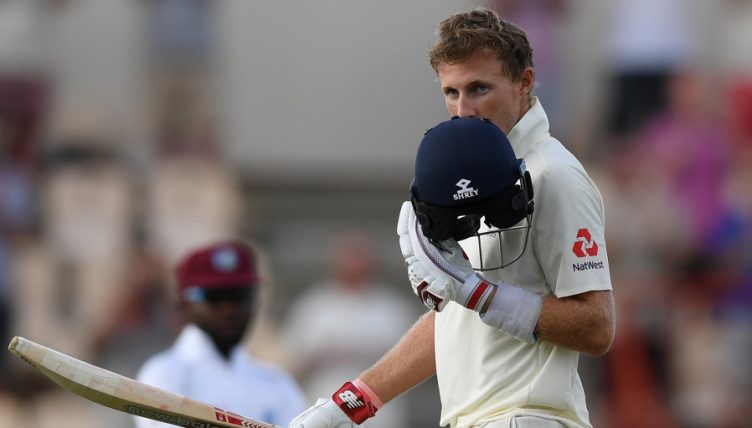 Rory Burns got out to the very first ball of the day, stopping the Barmy Army’s Jerusalem in its tracks. We enjoyed that, if we’re honest.

In many ways the day’s crucial moment came when Keemo Paul injured himself chasing a Joe Denly cover-drive. With West Indies a bowler down and struggling to replicate the intensity they showed when the series was still alive, England set about turning a very strong position into an impregnable one.

Denly’s 69 is his highest Test score and first half-century.

Joe Root still looked short of his best, but still plenty good enough to grind his way to 111* by stumps.

It’s his 16th Test century and third in the last seven Tests.

Before this run he’d gone 15 Tests without a century.

If Root can make it to 135 not out before declaring (or running out of partners which, let’s face it, can’t be ruled out) he’ll nudge his Test average back up to 50.

Thanks to Root, Denly and Buttler, the seven highest individual scores in the last two Tests have been made by England players. Darren Bravo’s 50 in West Indies’ first innings in Antigua is eighth.

Root – whose banterous ODI shirt number is 66 – spent one whole ball on 6666 Test runs just after reaching his century.