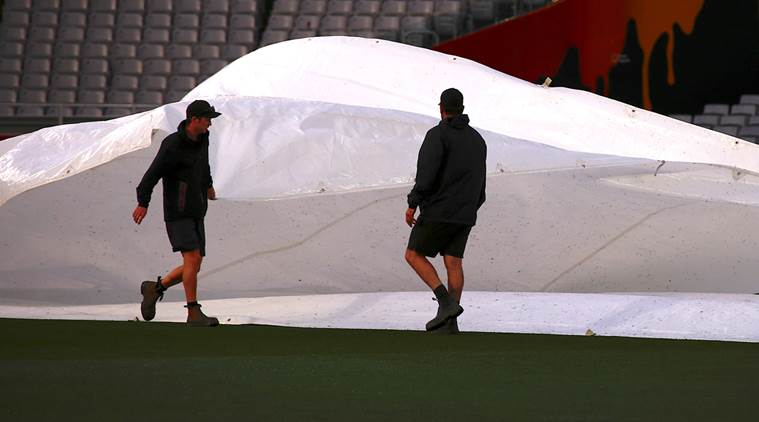 A report by the Climate Coalition has all but insisted that cricket in the United Kingdom is the most threatened, as climate change disrupts fixtures and damages facilities.

The report studied the impact of climate change across several sports – and stated cricket will be the “hardest hit” pitch sport.

While figures for 2018 are still in their developmental stage, 2016 and 2017 saw the England and Wales Cricket Board spend a combined 2.6 million pounds in emergency grants to help clubs.

“I’ve been at the ECB since 2006 and we have had to implement flood relief efforts on half a dozen occasions,” the report quoted ECB national participation manager Dan Musson as saying.

“There is clear evidence that climate change has had a huge impact on the game in the form of general wet weather and extreme weather events.”

Glamorgan have lost more than 1200 hours of cricket since 2000. This effectively means 217 days of play did not commence – or 20,000 overs were not bowled. The county lost three T20 Blast fixtures to inclement weather last year.

“T20 Blast is a great way to get new people through the gates and into cricket, but they won’t come back if this keeps happening, and it’s damaged the club to the tune of 1m,” said Glamorgan head of operations Dan Cherry.

“Climate change is becoming a huge factor. If we don’t take it seriously, it will fundamentally change the game. It’s simple: the less cricket we play at every level the fewer people will watch it, the less they will come to the ground and pay to enter, the less chance there is for young people to be inspired to take up the game.”

Edgbaston in Birmingham and Trent Bridge in Nottingham will host England versus India Tests later this year, when the UK summer will be at its peak, but unpredictable weather could see Joe Root and Virat Kohli’s men holed up in the pavilion for extended periods as well. 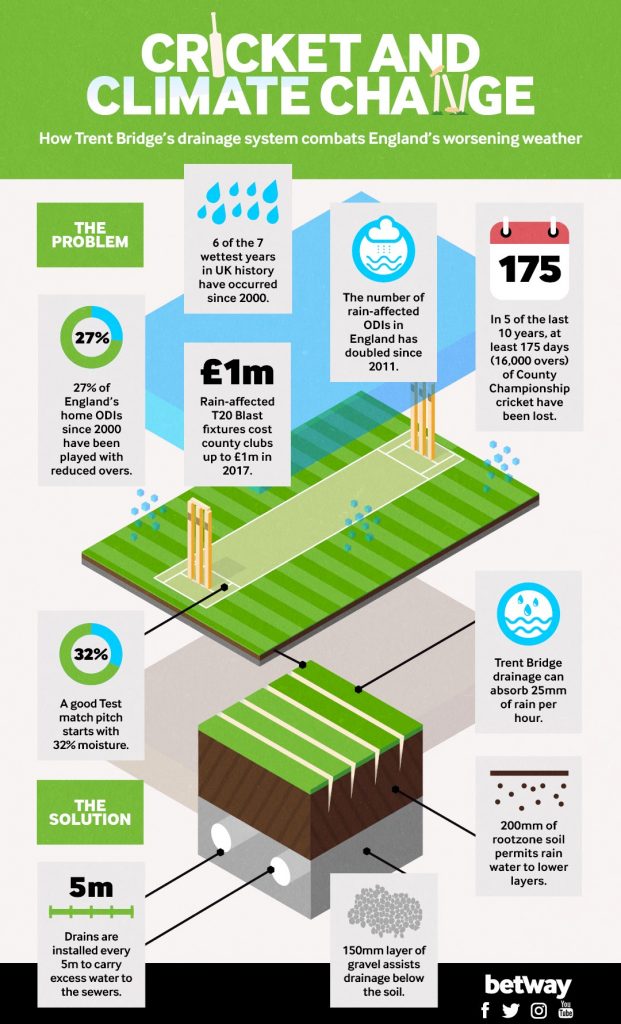 “The drainage at Trent Bridge is now second only to Lord’s. It can take up to 25mm per hour in most places on the square. Beforehand, it was just a clay-based outfield with land drains in. Now it’s got a rootzone up to 150mm, drains every five metres, and pop-up sprinklers in between drainage. It really takes it away,” said Birks.

Club cricket across Cape Town in South Africa, in January 2017, was cancelled due to the ongoing drought in the city and surrounds. More than 70 clubs, the bulk of which fielded three teams or more throughout the season, were heavily affected.

“It is with great sadness and regret that we have been forced into this position, but we have to take the bigger picture into account about the situation the city finds itself in,” IOL quoted WPCA services manager Clinton du Preez as saying at the time.

“We have looked at various options to try and complete our season within the time frame, but cannot find a practical solution. We also understand the impact it will have on all our clubs and juniors, especially in terms of dwindling interest due to the lack of game time. It could have a serious impact.

“We have already seen the quality of our cricket drop over the course of the season due to the poor state of our fields and pitches.”