‘We’ve got the wood over them a little bit’ 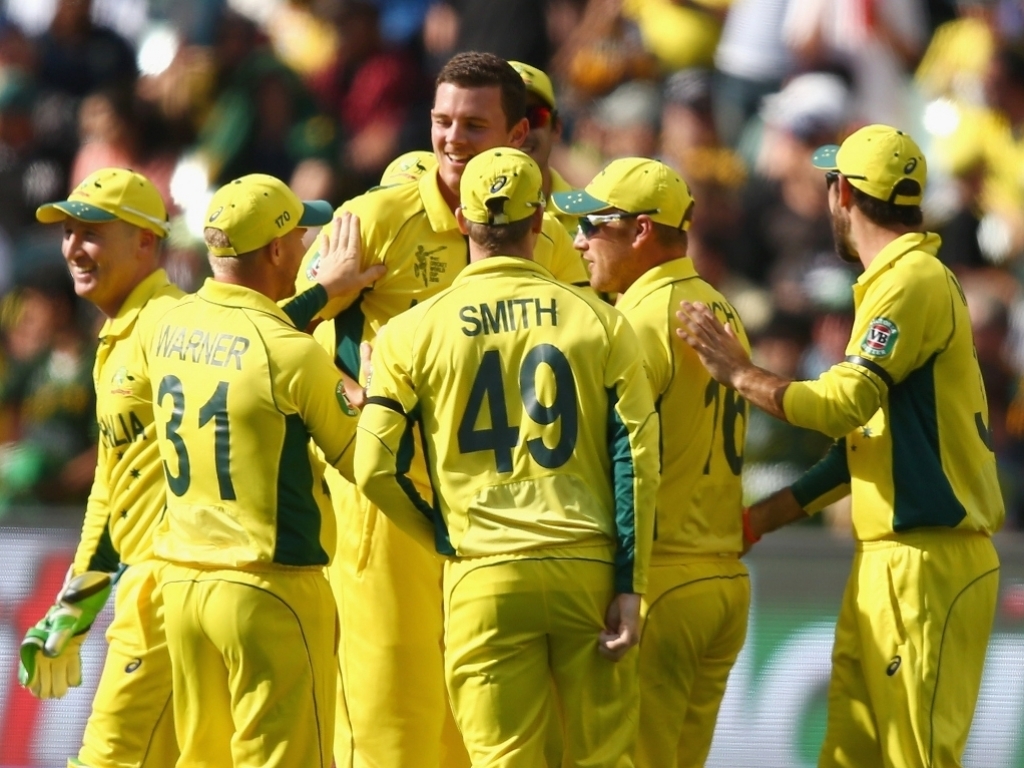 Australia fast bowler Josh Hazlewood is not imagining their World Cup semi-final against India will be a walk in the park, but does feel that his side has the upper hand considering recent clashes.

India were very poor in the tri-series ahead of the World Cup, and were also below par in the Tests in Australia. They've been Down Under for nearly five months now though, and have not yet lost a World Cup game.

But Hazlewood, who took four wickets in the quarter-final win over Pakistan, feels the psychological advantage rests with his sides, even though they will have to pull out all the big guns at the SCG on Thursday.

Hazlewood said: "We've obviously played them a lot this summer in both formats so I'd say we'd have the wood over them a little bit in that regard, winning the tri-series.

"We'll just be doing our normal homework and doing our thing and getting prepared.

"They've obviously played a lot of big tournaments and a lot of their players have been playing for a while so they've got that experience, and I think they really peak at the right time so they'll be really tough work on Thursday."

Hazlewood was picked ahead of Pat Cummins for the Pakistan match, recalled after missing a few previous games, and the paceman was pleased to do so well under pressure, and had seen visions of carrying the drinks in the knock-outs.

He said of imagining he'd played his final match at the World Cup: "Those thoughts do run through your head. You do try and stay positive.

"But Patty had a bit of a mixed bag last game so it left the door a little bit ajar and I'm just happy to play and contribute to the win.

"I hope I've gone a long way to (nailing the spot) but you never know with the conditions at the SCG, they could be dry and suit a spinner.

"You've just got to take your opportunities. I guess there was a bit of added pressure (on me) to impress and keep playing there.

"I was obviously pretty happy with how I bowled straight up with the new ball, and the way I came back through those other spells to take wickets and really keep the ball rolling."