Home 2015 World Cup What the group stage taught the Proteas

What the group stage taught the Proteas 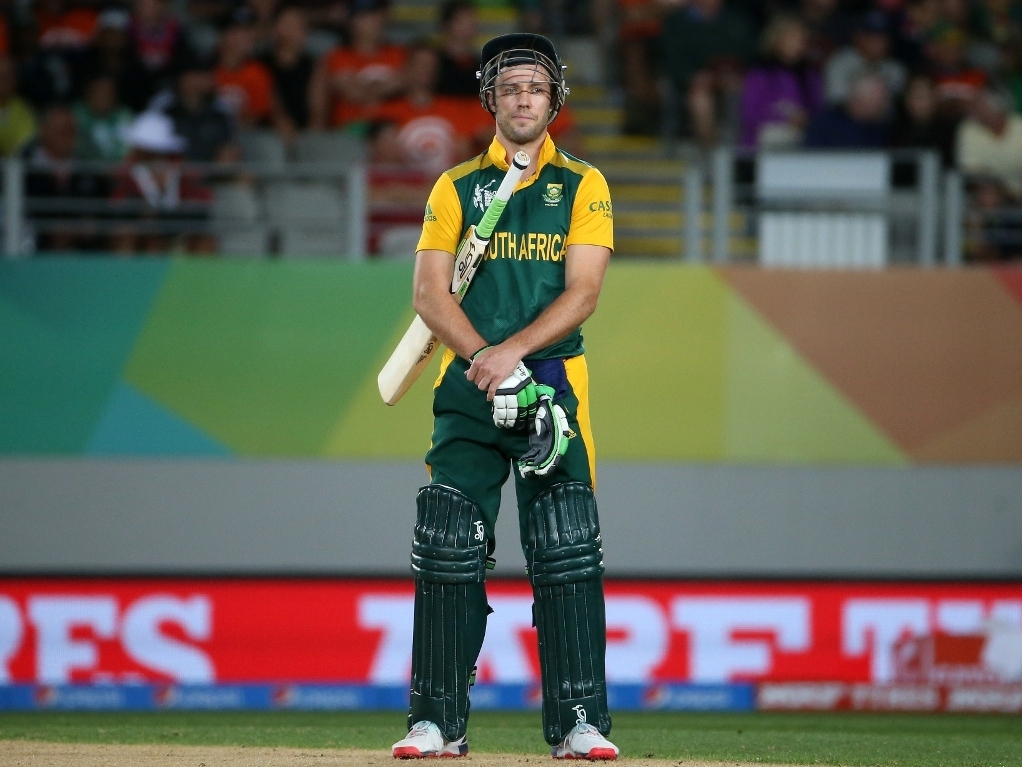 Proteas fans were likely glued to their couches on Saturday morning, as rain in Hobart threatened to hand South Africa a quarter-final against Australia in Adelaide, a much less enticing prospect than the Sri Lanka clash that is set for Sydney.

While it was assumed the Proteas could face Sri Lanka, a wash out for the Aussies would have thrown a spanner in the works, but for better or worse, AB de Villiers and co. will face Angelo Mathews' men at the SCG on Wednesday.

Before they get there, to a venue where De Villiers made his blistering 162 not out against the West Indies, the coaches will want to take a few lessons on board after the group stage, where the Proteas lost to India and Pakistan.

Their main concern, given the power of Sri Lanka's batting line up, will be the fact that their record when chasing in ODIs is abysmal. Both games SA lost in the past month were batting second, and against Pakistan it wasn't even a big score. They went from two 400-plus innings in a row, batting first, to being all out for 202, chasing 232 to win.

If Sri Lanka bat first, and Kumar Sangakkara manages to make an astonishing fifth ton on the trot, a big score is on the cards, and hearts all around Mzansi will be in mouths for four hours. The top order must fire, no matter innings order, because Sri Lanka can chase a middling score better than most.

Connected to this, the fortunes of baby-faced opener Quinton de Kock have not been ideal, though the senior players have mostly managed to cover for him by doing well themselves. He made just 27 runs in his first five knocks, having come into the side without much game time thanks to a two-month ankle injury lay-off.

It's fair to say that if he weren't the wicketkeeper, De Kock have been dropped by now, but AB has stated that he really, really doesn't want the gloves, and that he's backing Quinny to find form on Wednesday. Or else, would they push Rilee Rossouw up to open with The Mighty #, and drop QdK to six?

Speaking of AB, much has been made of the skipper's efforts at this event. He's got 417 runs in six games, averaging 83.40 and has hit the most sixes so far. Added to that, he's morphed into a proper bowler too, taking four wickets at opportune times, beating out established pacemen from other sides.

This is one reason he's not keen to keep. He feels he's more valuable roaming around, bowling three overs here and there, providing an encouraging word while fielding in important positions. He's a one-man motivational poster, you can just hear that Protea Fire advert as you watch him.

But, he has said he can't do it on his own, and while fans may like to believe he's invincible, he's just a man. A ballad-singing, Lays-eating, six-smashing one, but human nonetheless. Faf, Amla, Miller and Duminy will need to take the pressure off him at the SCG.

While the top order has generally been decent, only De Kock is without a ton in the top six, the tail has been problematic. This is especially true of that tricksy number seven spot, where Farhaan Behardien and Wayne Parnell have had mixed fortunes.

Parnell, on the whole, has found himself lambasted on social media, while Behardien only impressed against the UAE with a neat half ton but hardly changed many minds. He's not had much luck with the ball either, and neither has Parnell, so their value as a fifth bowler has been minimal.

Hence AB, and even Faf, who has a dodgy shoulder, being tasked with the ball. One imagines that Vernon Philander will play if he's fit, ruling both of these players out of the game, though Behardien's 64 may have saved him.

The bowling attack as a whole has not set the world alight, despite being considered one of the best pace attacks in the world prior to the event. Dale Steyn has, agonising as it is to say, been below par, and has taken nine wickets in six games. He looked a bit like his old self against Pakistan, taking three wickets, but the batsmen failed to reward him for it.

Morne Morkel and Imran Tahir have been good, sitting further up the wicket-taking chart, but the Proteas have often struggled to bowl sides out. Even against the UAE, in a game that they'd have liked to end quickly, they couldn't get rid of the Associate side until the 48th over. De Villiers took two of those wickets.

All this being said, it's a mental thing for the Proteas now. These players know that we will all be watching, waiting, judging, preparing 'choker' statuses for Facebook and Twitter. Knock-out games are not their forte, but on paper they're the stronger side. They just need to believe that.