Whatmore hits out at ZC 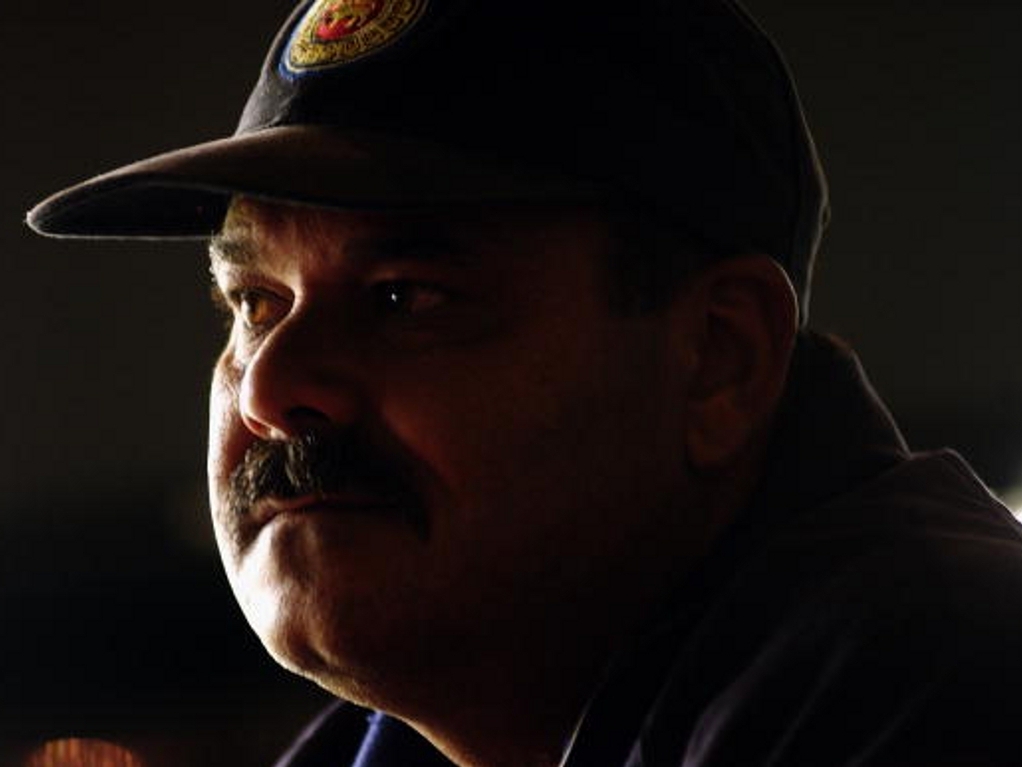 Former Zimbabwe coach, Dav Whatmore, has hit out at Zimbabwe Cricket over their handling of his sacking and the way cricket is run in the country.

Whatmore was axed after a series defeat to Afghanistan which was preceded by a disastrous tour to Bangladesh.

The Australian coach feels that the turning point for him was Brendan Taylor's decision to quit Zimbabwe cricket.

Whatmore told ESPN Cricinfo: "We were competitive in all the World Cup matches [in 2015] after I took over,

"But the afternoon of the Pakistan match in Queensland, when Brendan Taylor told me, 'Dav, I'm sorry but I'm leaving', I felt so dejected. I knew then that was the beginning of the end for that team. He was the only player who was able to win some games for you. When he told me that, it was a horrible feeling.

"When he'd made that decision to leave, he hadn't known that I was going to be around, he didn't know that there were going to be so many matches to be played in 2015, and he didn't realise that the environment would be so much healthier for the whole team. So we were competitive in all of those games, but after he left, that's when it became really difficult."

The former Sri Lanka coach achieved a record that was on par with Zimbabwe's overall record, but the board cited the loss to emerging cricket nation Afghanistan as the reason for his axing.

ZC chairman Tavengwa Mukuhlani said: "If Dav Whatmore was coaching India and he lost three times in a row to Afghanistan, would he have survived?"

"Why on earth should he survive for doing that in Zimbabwe? Our ranking fell below Ireland and Afghanistan under his watch, so we need to be fair with each other.

"If Dav Whatmore was fired after losing to India, I would not even have accepted the board to do that. But we struggled against Ireland in Harare and scraped through [Zimbabwe won a one-day series 2-1 in October]. We lost to Afghanistan three times in a row. We struggled against Scotland in the World T20. We were not very convincing against Hong Kong in that tournament, and we were completely outclassed by Afghanistan in the final match in Nagpur. So put yourself in my position and the board's."

While Whatmore concedes that his win to loss ratio was poor he feels there were mitigating factors: "To be smart about it, you look a bit deeper to see what you had to work with.

"That is paramount. And considering the available talent and the amount of times we had injuries to key players as well, I thought that we did as good a job as we possibly could.

"The biggest miss there was Brendan Taylor, and then we had a little gem in Graeme Cremer coming back. So one really good player left and one good one came back.

"If we had both of them, I reckon it would have been a bit different. We might have still had our fair share of losses, but we would have won one or two more."

The former coach was left frustrated by the Afghanistan series were he felt they laid on conditions that were more suited to the tourists than the hosts: "We were giving them tailor-made conditions for the visiting team,

"I just asked for something that's hard and true. A little bit of spin is all right. Instead, we had subcontinental conditions. And don't forget Graeme Cremer, our No. 1 spinner, was not available. But they don't understand the game.

"The other major point upon reflection is that the decisions made by the [Mukuhlani] cricket board were taken by the board themselves, rather than going through the proper committees. They're making arbitrary decisions, as people sitting around a table who know nothing about the game.

"Also, you've got to have a structure that has a pathway through which players can perform and then get promoted and then play meaningful competition and get promoted again, and so on. It's non-existent in Zimbabwe.

"There is no clear pathway. Or no good pathway anyway. Four [franchise] teams? I mean bloody hell. And they play each other twice, so that's six games a year, and that's it. Some players are just playing the odd game a year because there's no second team.

"Internationals come back into franchise teams and then your franchise guys are just carrying water. It is really a dereliction of duty for the game."

Whatmore was irked by the way the administrators hired and fired assistants without his input: "I thought it was disrespectful,

"I'm expected to work with these people and they report to me, but I have no say about who they are."

Mukuhlani has been left bewildered by Whatmore's complaint, saying: "When he was appointed by the previous administration, Dav Whatmore did not come with backroom staff and he had no issue with that.

"Now that we are giving him backroom staff, he has an issue with our appointments, I find that very confusing. That's number one.

Whatmore feels ZC need to take accountability: "The main issue is that ZC looks to blame everyone else and never points the finger whilst looking into the mirror,

"I think it will end up like Kenya. Cricket will never die because it's in the schools and some of the schools take it seriously even if they may not play enough cricket. And it will be exposed on television – there will always be some competition there.

"But already, players are preferring to go overseas to further their careers. If you really had to predict, I can't see it surviving internationally – particularly if they don't get the same funding. They're getting US$8-9 million a year and they've got a debt of almost $20m. If they get a reduced amount of funding, what's going to happen then?"