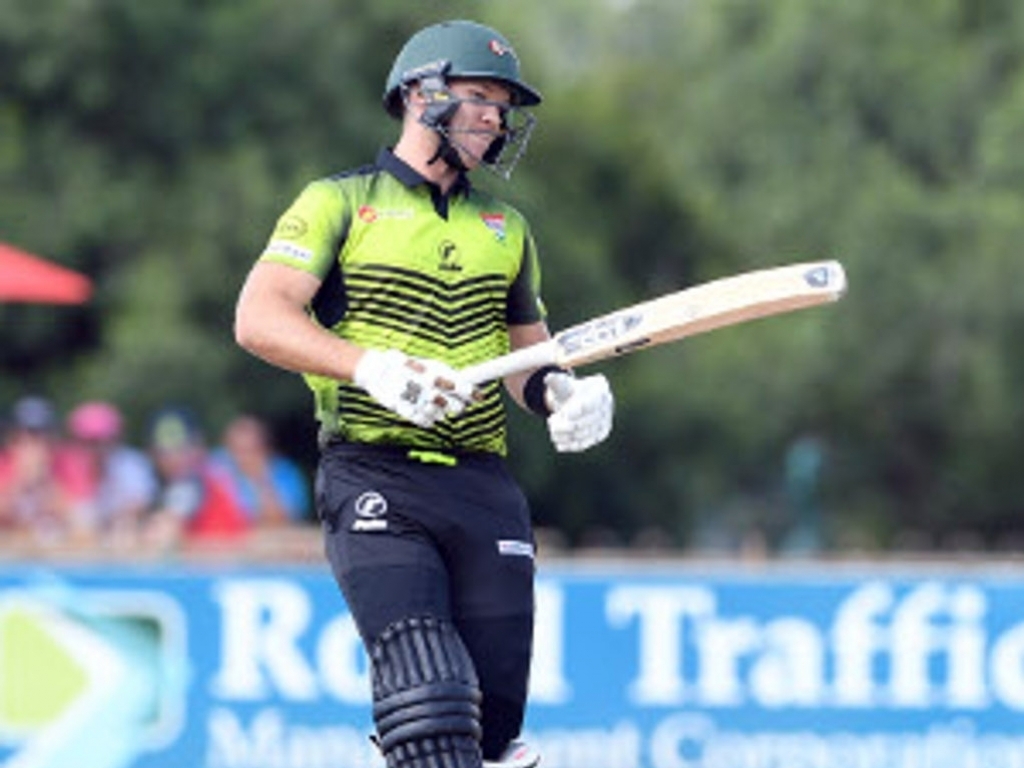 David White blasted an unbeaten 85 off only 63 balls (9 fours and a six) to get Eastern Province off to a perfect start in defence of their Africa T20 Cup title at Senwes Park in Potchefstroom on Friday.

They won the opening Pool B match against Gauteng by a commanding 6 wickets with a full over to spare to give themselves a healthy positive run rate as well.

White and Edward Moore set up the EP chase in pursuit of a target of 141 perfectly in the power play overs as they shared a stand of 55 in seven overs before Moore was dismissed.

The pair took 22 off the first two overs (5 fours) with the result that their target was little more than a run a ball for the remainder of the innings.

Gauteng were not able to take enough wickets to stop the onslaught as White and Onke Nyaku finished the match with an unbroken fifth wicket stand of 33 off 20 balls.

The highlight of the Gauteng innings came from 20-year-old Farhaan Sayanvala, a former SA Schools and SA under-19 player, who made a career best 49 not out off 39 balls (2 fours and a six) in only his fourth senior T20 match.