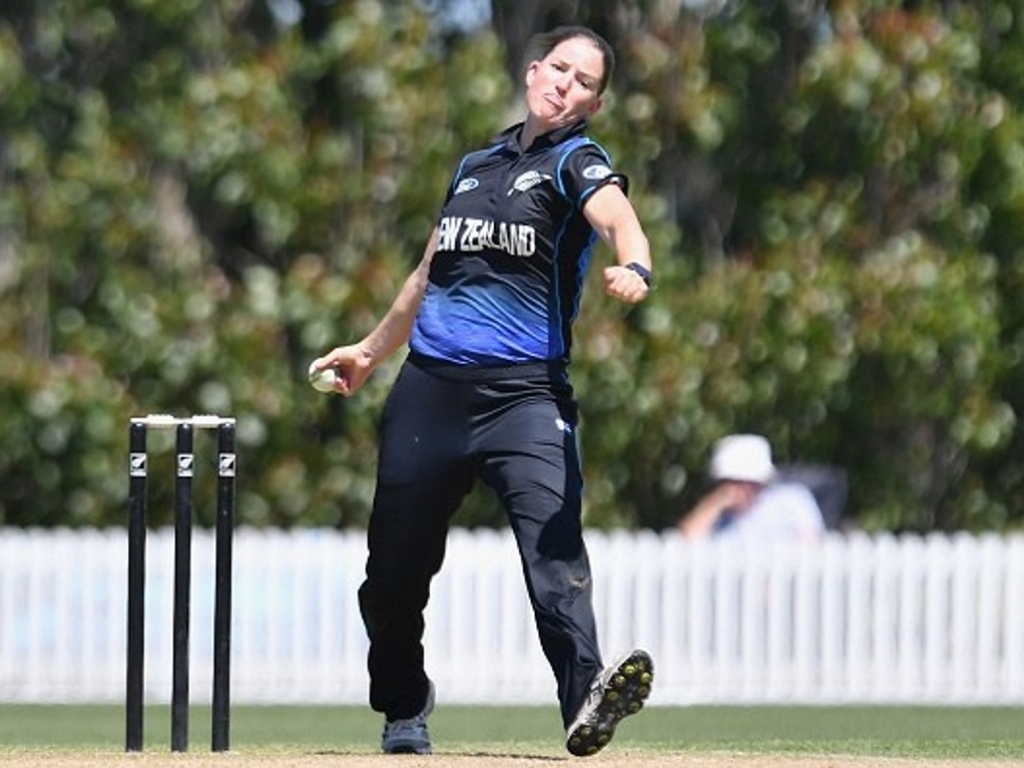 It’s mission accomplished for the New Zealand White Ferns, dominating Pakistan with both bat and ball today in Nelson to ease their path to the 2017 ICC Women’s World Cup.

The White Ferns collected two IWC points from the seven-wicket win at Saxton Oval to lift themselves into third on the World Cup qualification table — a top four placing securing direct entry, rather than a trip to the Qualifying Tournament.

Captain Suzie Bates had inserted Pakistan on a warm, sunny Nelson morning, taking advantage of a new pitch freshened by the rain of the preceding days. It proved a difficult adjustment for Pakistan, who eventually fell away after a promising start to their innings.

Twenty-two-year-old Ayesha Zafar shared a steady 46-run stand for the first wicket and would carry on to anchor the innings with her maiden ODI fifty (including seven boundaries) after Holly Huddleston broke through with the first of four wickets for the day, Nahida Khan offering up a catch to Sophie Devine at midwicket.

A clean-striking Zafar weathered aggression from the attack early on as an economical Lea Tahuhu put the heat on at the top, backed up superbly by second change Huddleston who would go on to bag 4-20 off just 7.1 overs.

By the midway mark Zafar and Javeria Khan had put the Pakistan hundred on the board, along with a 50 stand for the second wicket — and there was a sniff of building on the platform to once again ensure their side posted a competitive total.

But once spinner Amy Satterthwaite (2-34) plucked a return catch from Zafar to stop her in the 28th over, the scenario changed dramatically. 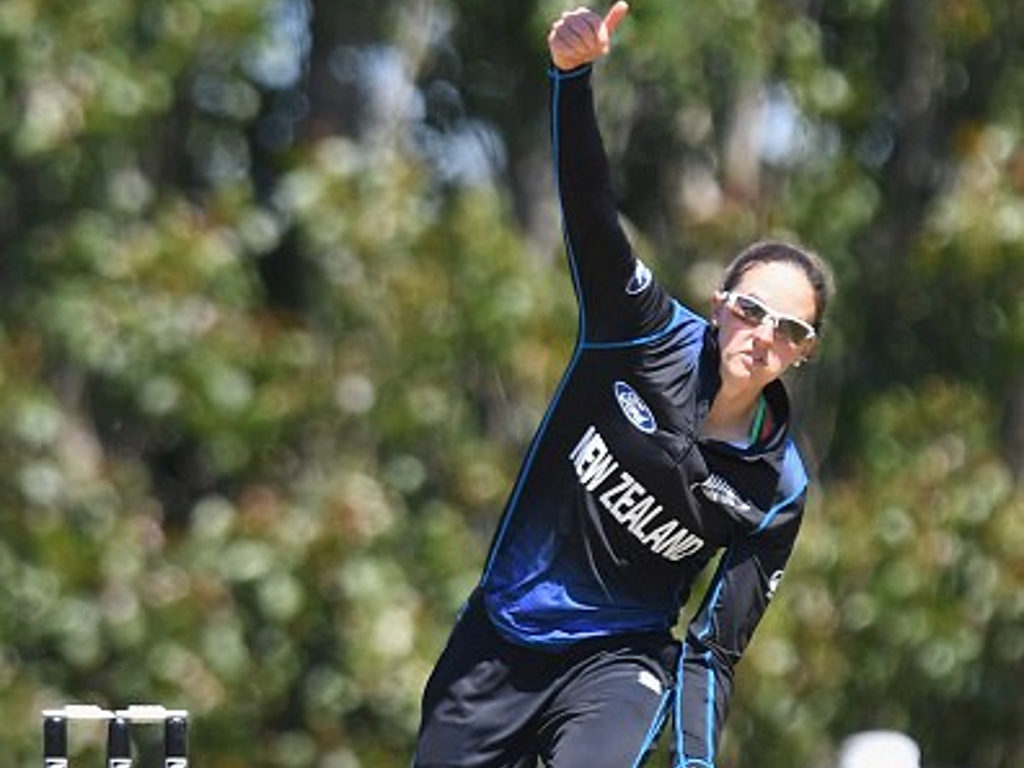 Satterthwaite put herself on a hat-trick next ball by dismissing the dangerous Bismah Maroof for a golden duck, and while Javeria Khan managed to avoid becoming a hat-trick victim, the double strike invited Tahuhu (2-29) and Huddleston to turn the heat back on, wickets quickly clattering.

Tahuhu struck twice in the space of four balls in the 31st over, bowling Javeria on 30 before Iram Javed offered the first of a flurry of edges through to keeper Rachel Priest.

From 107/1 Pakistan had lurched to 118/5 with two new batsmen at the crease, and despite captain Sana Mir’s rallying 31 off 58 she couldn’t prevent the WHITE FERNS wrapping up the innings with 11 balls in hand.

A target of 159 quickly diminished as Bates went on an early boundary spree, blasting five in a row from Sadia Yousuf’s first over. Bates would fly to her half century off just 40 balls, just a further 27 runs required for victory by the time she became pace bowler Iram Javed’s third wicket in One-Day International cricket, caught on 66.

Sophie Devine (54 off 53 balls) had meanwhile jumped up the order to first drop, reaching the boundary six times and punching the first six of the match to be on the cusp of her own quick fifty — which she duly reached off just 49 balls.

The match had been preceded by a minute’s silence in memory of both the 7.8 Earthquake victims as well as White Fern Katey Martin’s grandmother who has passed away, both teams paying their respects with black armbands in this match. 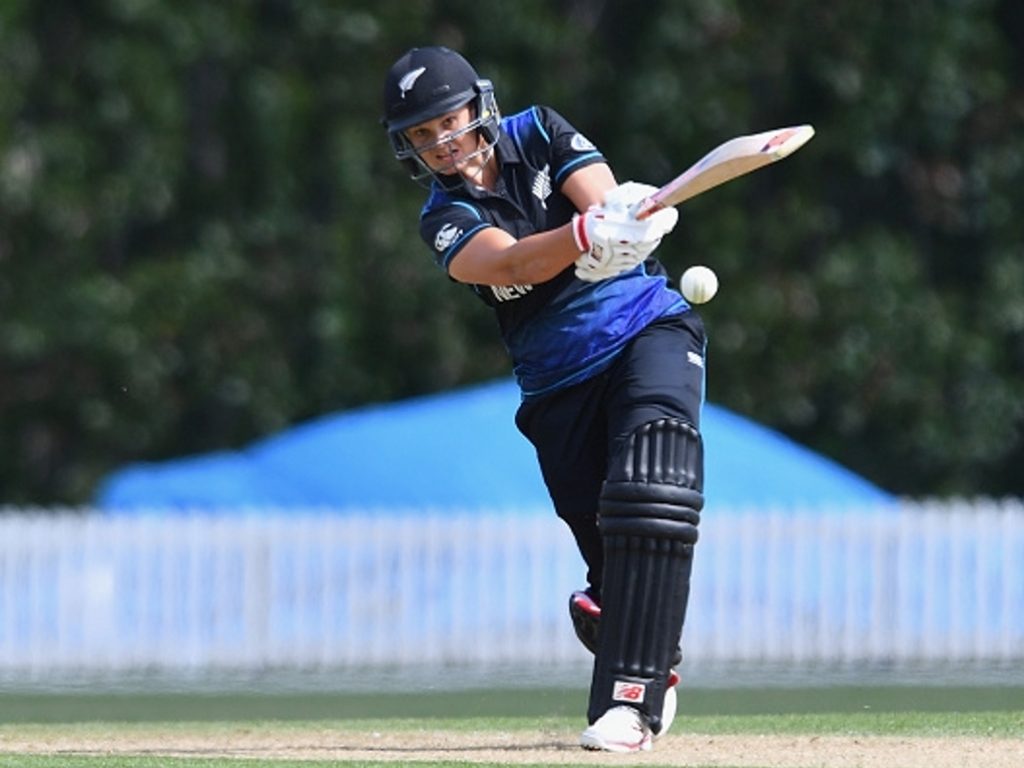 Said Suzie Bates: “We wanted to pay our respects after a challenging and tragic week for New Zealand. It’s been a tough week for some of the players who are based in Christchurch too, along with everyone else, and we wanted to go out and play some cricket to take our minds off that and honour those people who are really struggling at the moment.”

The Kiwis now lead the five-match Series 4-0, and the IWC points games 2-0. The win also means Suzie Bates has now equalled Emily Drumm’s overall New Zealand record for the most wins in White Ferns history with 28.

There is an opportunity to claim that record outright in the final ODI, at Saxton Oval this Saturday, followed by a Twenty20 International on Monday afternoon at the same venue.