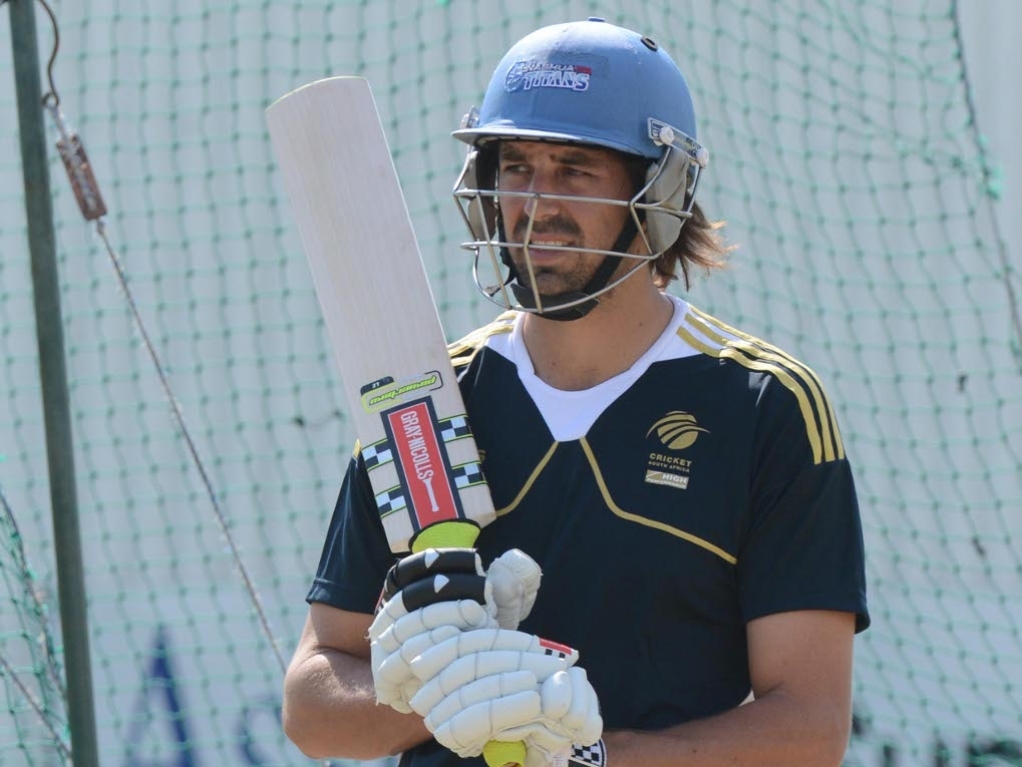 By all accounts the T20 squad that faces Australia in a three-match series is something of an experimental one, with several high-profile players rested from the series.

The absence of AB de Villiers, Hashim Amla and Faf du Plessis from the side – the three players who have captained the various national sides in recent times – Proteas stalwart JP Duminy will lead the side Down Under.

The squad also features a couple of new faces, like Reeza Hendricks and Kagiso Rabada, as well as David Wiese, who has played only a handful of games for the national side.

Wiese, an all-rounder from the Titans much in the Albie Morkel mold, has featured for South Africa in four Twenty 20 matches previously – three in Sri Lanka in August last year and another against Pakistan in Cape Town two months later.

Speaking to cricket365, Wiese revealed that he feels honoured by any comparisons his Titans team-mate: "To be fair I am quite humbled to be compared to someone like Albie.

"He's had quite a successful career in the T20 format and the one-dayers. He's also played a Test match. I think he's a phenomenal player and all-rounder.

"In the T20 format, he is probably one of the most destructive batsmen in the world and he's been very successful with the ball with Chennai in the IPL.

In his previous four T20 appearances the 29-year-old Wiese had limited opportunities with the bat – facing only nine deliveries in total in the two innings he had – but performed more than adequately with the ball in hand throughout.

In the first match of the series in Sri Lanka in Colombo, he only bowled one over and conceded eight runs, but in the following two matches, in Hambantota, he completed his allotment of four overs on both occasions, finishing with figures of 1/25 and 2/24 respectively.

"When I got chosen initially to play for the Proteas last time in Sri Lanka I was told that I was basically being chosen as a batsman who would bowl a few overs," Wiese added.

"But to come out of that tour doing so well with the ball gave me a little bit of hope that maybe I could perform a role with the ball as well at that level.

"To be honest, I enjoy batting but I also enjoy the challenges bowling too, so I won't be able to focus on just one discipline. I'd get too bored in the field if I just had to focus on the one. So I would say I enjoy both batting and bowling equally."

How exactly Wiese fits into Duminy's plans in Australia remains to be seen, but the former Witbank High pupil is confident that the new South African captain will fulfill the role with aplomb.

"I haven't spoken to him [about it]," Wiese continued.

"I'm pretty sure he'll do a fantastic job as captain of the side. He's played international cricket for quite a while now, he's been playing IPL for long, so he has a world of experience.

"We previously had so many leaders with AB, Faf, and Hashim taking over the Test squad, with JP working under them and learning from them, I'm sure he'd take to the role quite quickly."

The inclusion of the 19-year-old Rabada in the national squad for the first time has raised many an eyebrow. Wiese admitted that the SA Under-19 star still has a lot to learn but has the potential to be a match-winner for the national side in the future.

"He is still quite young and has quite a lot to learn and is definitely one for the future.  But he's keen and he learns quickly and he listens to people when they work with him, which is good if you're a youngster," he said of the teenage fast bowler.

"You can never stop learning, no matter how quickly you get fast-tracked; you still need to have the ability to learn from others.

Rabada draw the attention of the cricket world during the Under-19 World Cup, during which he bowled with at a pace previously unseen at that level.  Wiese, though, believes it would be wide of the mark to classify the Lions youngster as just another quick bowler.

"He cranks it up into the 140s, but the thing is, it's not just that he has good pace, he has good control and a nice smooth action. He bowls at good pace but he's quite consistent too," Wiese put forward.

"As a 19 or 20-year-old, you're basically still a kid. Your body hasn't quite developed yet and as you go into the gym and get stronger, you can crank it up even more. He has a lot of potential for South African cricket."

South Africa take on Australia three T20Is – at the Adelaide Oval, Melbourne Cricket Ground and Stadium Australia in Sydney – on 5, 7 and 9 November.