Will Jacks wants Surrey to roll back the years at Edgbaston 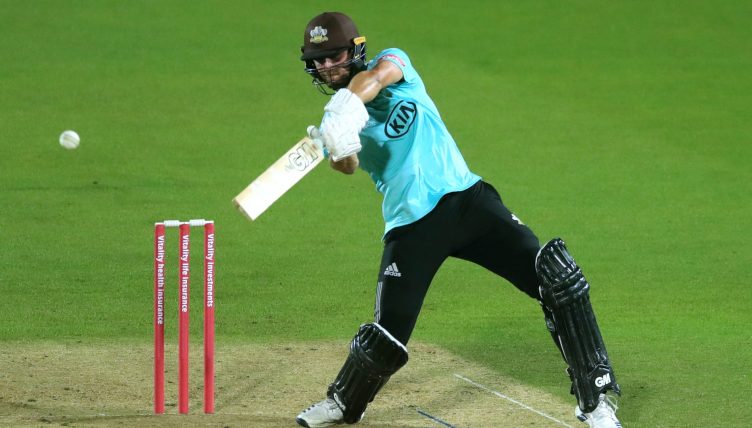 Surrey all-rounder Will Jacks wants his side to roll back the years at Vitality Blast Finals Day, reclaiming the Twenty20 crown they last won 17 years ago.

Adam Hollioake’s team claimed the title in the inaugural season of T20 cricket in 2003 and finished runners-up the subsequent season.

They have under-performed in the format ever since, taking one more second-placed finish in 2013, and their qualification for this year’s showpiece at Edgbaston is their first appearance in six seasons.

Jacks has been a big part of their return, contributing solidly in his primary role as a middle-order batsman and also developing fast as an off-spinner. In Thursday’s quarter-final thrashing of Kent he claimed four wickets for 15 runs and is riding high on confidence.

A dreadful weather forecast means Saturday’s schedule, which sees Surrey take on Gloucestershire in the first semi-final before Lancashire’s face Nottinghamshire, could spill over to a reserve day, but Jacks’ enthusiasm is hard to dampen.

“It would be brilliant for the club and really exciting if we could win it again at Edgbaston. It’s probably fair to say we under-performed for those years that followed the Adam Hollioake-era in the late 1990s and early 2000s,” he said.

“It’s like when we won the County Championship in 2018 – that was the first time for 16 years.

“Unfortunately there won’t be any fans in the ground but T20 Finals Day is always the best day of the season if you get there and we have got used to playing with no crowds, so it would just be great if we could win the tournament and top off a brilliant competition.”

The Brown Caps have won their last eight matches in a row and are teeming with big-name players, fielding seven full internationals in their knockout win over Kent.

“But he has been brilliant this year, he’s grown in confidence, taken more responsibility with the bat and added to that with the ball. I couldn’t speak highly enough of him.”

Gloucestershire are sure to make for formidable opponents, having ended a frustrating sequence of defeats in the last four quarter-finals. They routed Northamptonshire earlier this week, qualifying after knocking off 114 in less than 12 overs.

Key all-rounder Benny Howell said: “It’s the stuff dreams are made of. We are over the moon to be involved in Finals Day, for the first time in 13 years, but we are going there to win.

“We aim to play with freedom, as we have done since the start of the competition, and see where it takes us.”

Nottinghamshire progressed in the most dramatic fashion, edging past Leicestershire courtesy of a misfield off the final ball of the match.
All-rounder Samit Patel was there at the end to see his side over the line and is eager for another big day.

“To win a game for your county is massive from me. That’s why I play cricket: to win games,” he said.

“To be that man who wins the game is what I pride myself on. Getting over the line in a scrappy games gives the team a lot of confidence.”

Standing in his way this weekend are Lancashire, who got the better of Sussex to book their place in Birmingham.

The Lightning successfully defended a modest target of 141, with leg-spinner Matt Parkinson to the fore with three wickets in four balls.

Explaining his side’s eagerness for a battle, he warned rivals: “When we get poked, we don’t like it!”