Home Countries England Willey out, Ball in for England

Willey out, Ball in for England 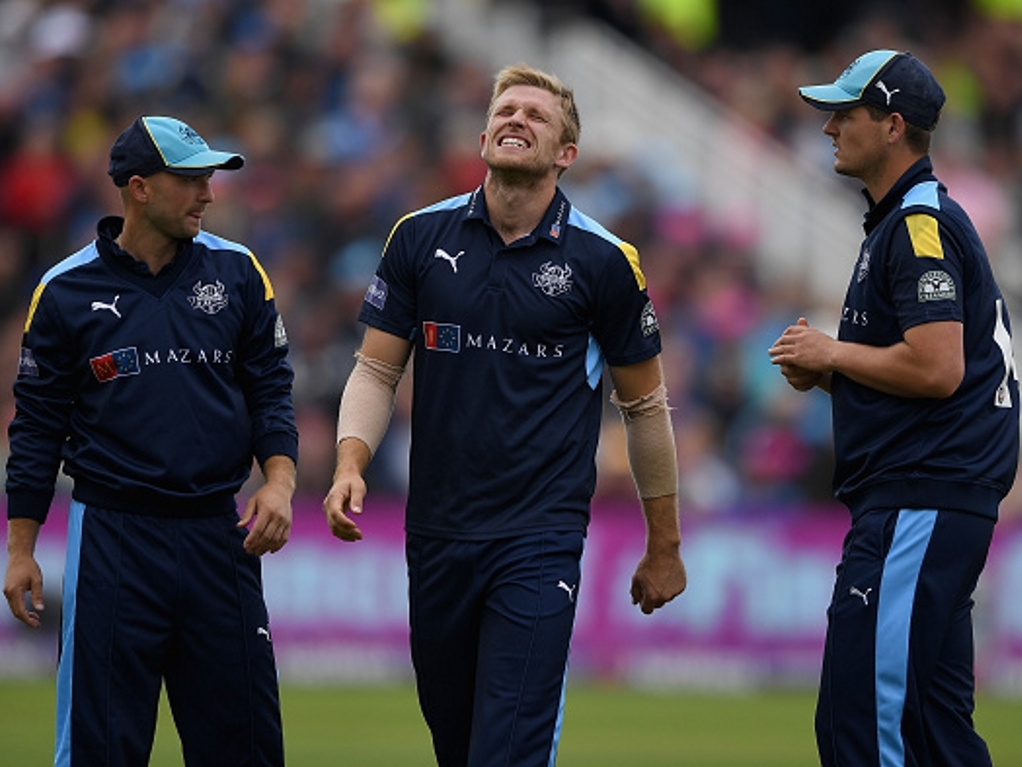 England all-rounder, David Willey has been ruled out of the One-Day International series against Pakistan after suffering an injury to his left hand during the NatWest T20 Finals Day.

An X-ray has not excluded the possibility of a serious injury to the Yorkshire star.

The 26-year-old will have a further scan and be reviewed by a consultant on Monday. He has been withdrawn from England's ODI squad until a clear diagnosis has been established.

Willey will be replaced in the England squad by Nottinghmashire Seamer, Jake Ball, who will join the rest of the squad in Southampton on Monday ahead of the opening match at the Ageas Bowl on Wednesday.