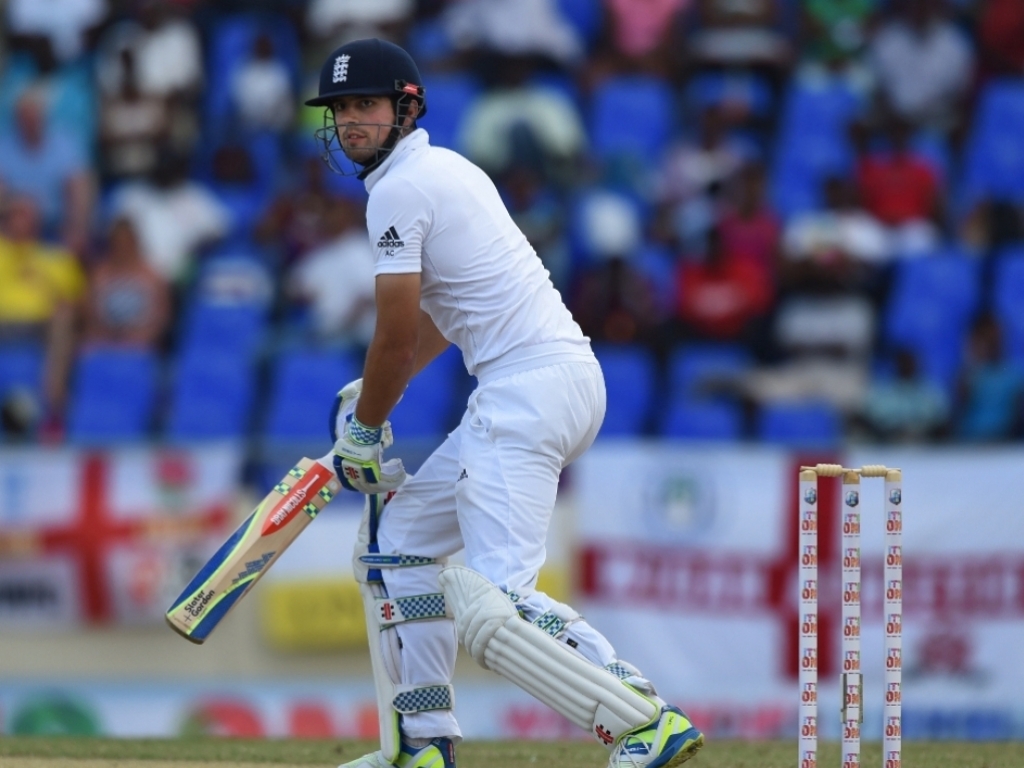 Former England fast bowler Bob Willis says captain Alastair Cook's batting form is a concern and is at risk of losing his place in the side if he does not improve his soon.

Cook was dismissed for just 13 in the second innings of the first Test against West Indies in Antigua on Wednesday and, after also failing in the first innings, has now gone almost two years without a Test century.

It seems teams have worked out that the England skipper is vulnerable when the ball is pitched full outside off-stump, and Willis feels the pressure will start to become unbearable if the runs do not come soon.

"You can't just keep picking Alastair Cook because he's captain, he's got to score some runs. When the ball's pitched up to him, at the moment he doesn't look like he can play at all."

Cook's last Test century came against New Zealand at Headingley in May 2013.