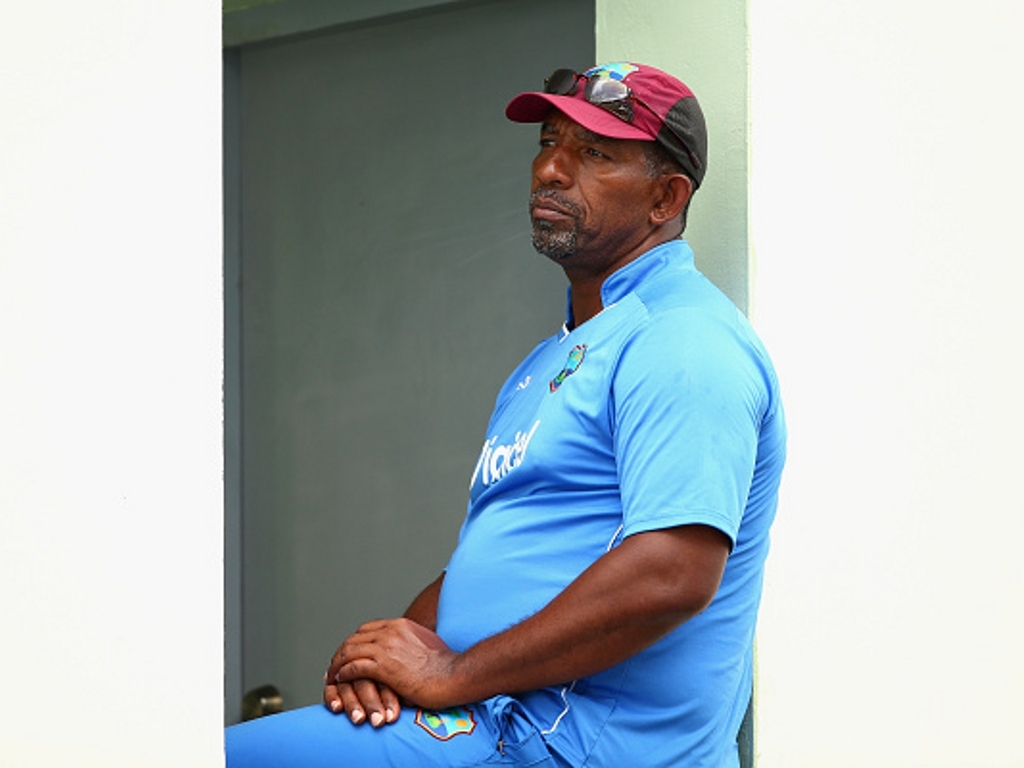 West Indies head coach, Phil Simmons, has expressed disappointment in the inconsistency of his side, during the recent 2-0 series defeat to India in the Caribbean.

Simmons believes some of that is down to technical adjustments that should have been made at a first class level, rather than on the international stage.

Simmons said after the final Test: "I think the series was a little bit too up-and-down,

"We played well across maybe two hours, three hours sometimes, and the next two hours we would be down. And I think that was, for me, the major disappointment.

"We've shown that we can do things but not consistently enough. We batted well in Jamaica, but we went and did the same things we did in the first Test [again] in the third Test. It's disappointing that we weren't consistent enough."

Simmons believes his batsman aren't being tested enough at first class level, and therefore haven't made the adjustments necessary to succeed in the game's elite.

The coach continued: "I think in some cases you have to adjust techniques, which is a sad thing because it's something that we should be doing at a level below,

"I think the same thing with mentality because when we come up here it's a lot harder to get runs and get wickets.

"I think at our domestic level it's a lot easier, that patience and that time at the crease and things, if we bat two sessions in a domestic game a lot of the guys playing here would have a hundred or more.

"But if you bat two sessions here, it might be 60 or 70, so the patience at the domestic level is not tested as much as up here."

Simmons is irked that some of his recommendations have not been put in place, most notably his request for a unified approach from domestic coaches in order to elevate the national game.

Simmons said: "There's a lot of things that I have asked for, and it's not coming to fruition,

"I've asked for coaches to meet twice, maybe three times a year, and discuss cricket and so on. We need to make sure that whatever we're doing upstairs is going down to everybody.

"It's quite a few things to be fixed, but at the end of the day the quality of cricket that is downstairs is not good enough for the maturity of the players to be quicker."

The former Ireland coach has also called for an improvement in facilities in the region both in terms of playing surfaces and practice areas: "Things like our pitches and our practice facilities need to be better, a lot better, in order to produce players, not just fast bowlers as we're lacking now, but batsmen, because the better the pitches the better batsmen show themselves.

"Little things like that we need to put in place. The gap between [Test cricket] and our cricket needs to be filled, whether it can be done with an academy, which we don't have right now, A-team cricket, which we have one [series] a year, we should have two to three a year. Something has to be done to fill that gap, you know? We're missing a few things."

Simmons was puzzled by the failure of the Queen's Park Oval's outfield to dry in the recent Test, which led to only 22 overs being bowled in the Test: "Extremely surprised,

"Because, as far as I know, in my years here, this has never been a ground like that,

The West Indies will now play two T20Is in the USA against India before heading to the UAE to play number one ranked Pakistan in a full bilateral series.

"We also have a one-day squad and T20 squad for the first part of the Pakistan series.

"So from the point of view of being together, we're trying to get the Test team to the UAE early enough, so that we can have enough practice time before the first two-day game. And this is something that I keep trying to get when we go on tour because I think it's harder on tour.

"If we get two, sometimes three practice games before the first Test match, then that would be ideal.

"Some places we can't get it, but we have to keep trying to get that because we see that we improve [with warm-up games].

"On the other side, it's a case of us trying not to slack off now as players and coaches, and make sure that players continue to do what we've been doing over the last two weeks, with their technique and temperament and everything like that."