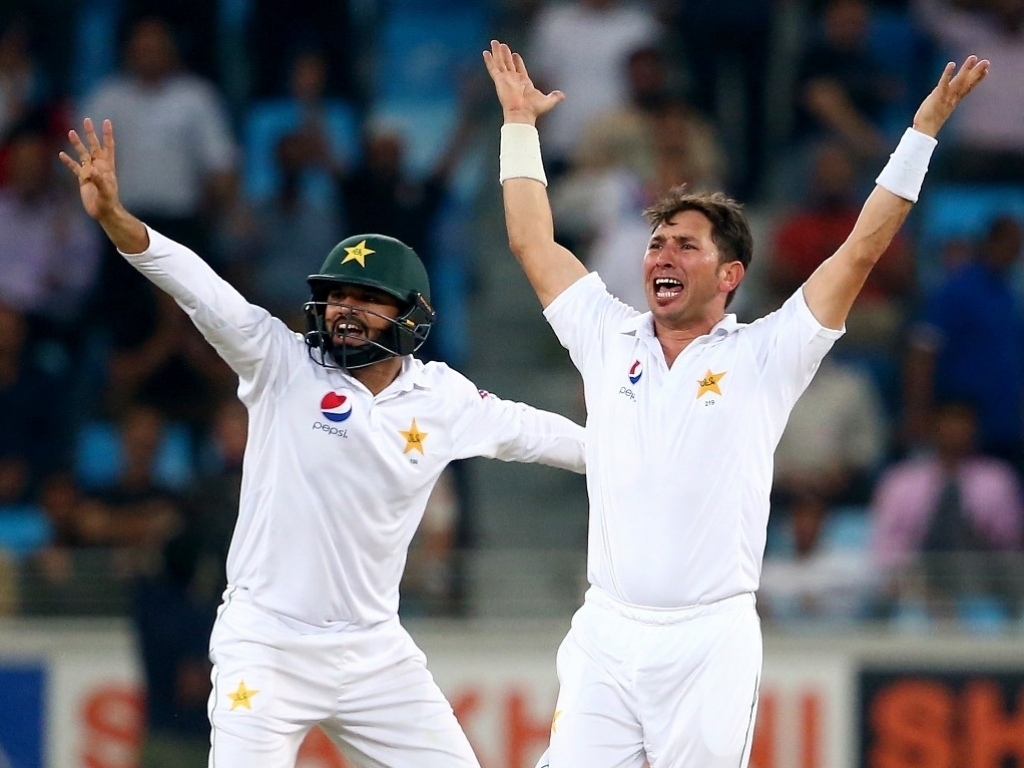 It would have been a win for the ages, but the Windies came up just short in their chase as Pakistan held on for a 56-run victory in the first Test at Dubai – their 400th Test triumph.

After a highly eventful fourth day that saw 16 wickets tumble in comparison to just nine over the first three days, the West Indies were left needing 251 to win with eight wickets still standing.

The chance for victory was set up when they managed to bowl Pakistan out for just 123 in their second innings, after Misbah-ul-Haq’s side had racked up a massive 579/3 declared in their first, followed by 357 from the Windies.

Resuming on 93/2 in the morning, it needed something special from the Windies top order to get them close to that target off 344, but the writing appeared to be on the wall when Marlon Samuels was dismissed from the very first delivery of the day, nicking behind off Mohammad Amir.

Jermaine Blackwood added just 15 runs before he too departed after being trapped in front by Mohammad Nawaz, bringing Roston Chase to the crease.

Bravo was proving to be an immovable object at the other end, however, and with Chase managing to stick around, they started to threaten to pull off the improbable.

The pair survived until lunch and for a quite a few more overs after, adding a valuable 77-run partnership to take the Windies to 193/4.

But Chase’s leg stump was uprooted by Yasir Shah in the 71st over, before the arriving Shane Dowrich was bowled by Riaz for a golden duck as the West Indies slumped to 194/6 within a couple of minutes.

Bravo continued to do his bit, marching on to a superb century, and he and Jason Holder started to look like reaching the target as they combined for a 69-run partnership.

But Yasir Shah would be the hero for Pakistan as he dismissed Bravo for a superb 116 courtesy of a stunning caught and bowled effort, and the Windies tail wasn’t able to provide the resistance required after tea.

Pakistan would ultimately claim the last three wickets in pretty routine fashion to complete a 56-run win – though the Windies did themselves no favours by losing their last two wickets to run-outs.