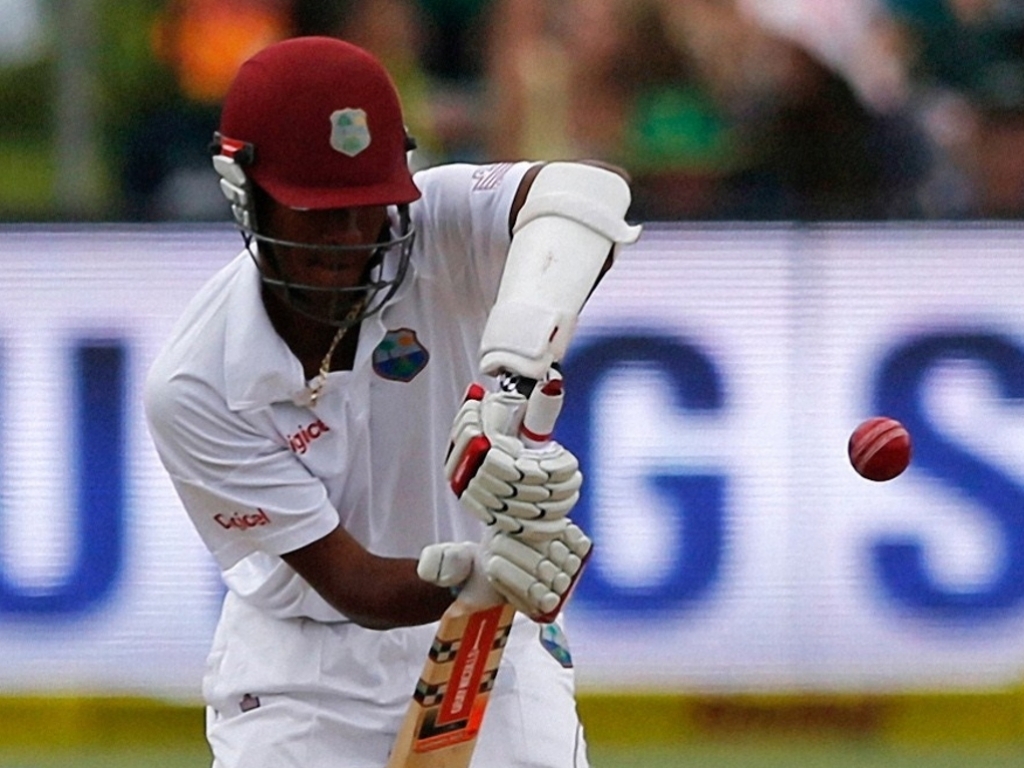 The West Indies fought hard on day three of the second Test against South Africa to reach stumps on 147 for two, after first failing to wrap up the Proteas' tail and then losing early wickets.

The hosts declared on 417 for eight, which they reached thanks to a blistering half century from Dale Steyn, and then Morne Morkel took the early wickets before Kraigg Brathwaite and Marlon Samuels battled back.

The day began with the Proteas three down for 289, having played just six overs on Saturday due to rain. Hashim Amla and AB de Villiers were the men in the middle, and all the Windies' hopes rested on getting them out quickly.

The visitors did just that, and Amla was out for33, just 10 runs added to his overnight score, while De Villiers could only make 10, just one run added, before being bowled by Jerome Taylor.

Temba Bavuma was sent in ahead of Stiaan van Zyl, becoming the first black South African to bat up the order for the Proteas since readmission. He got off the mark with a four to third man, neatly angled, but was out for 10 after facing 35 balls across an hour.

Van Zyl continued to look impressive after his ton on debut in the previous match, making 29 off 49 balls, but it was Steyn who blew the opposition away. He smashed his fifty off 26 balls, the fourth-fastest in Test history.

Once Steyn was out, having hit five sixes in his 58, Amla declared the innings and left 44 overs to play in an extended day.

The Windies put on 55 for the opening stand, with Brathwaite and Devon Smith looking good against the new ball. But Smith was unable to resist Morkel, and edged him to Amla, who had to grab at it twice but held on.

Leon Johnson was out next ball, caught by a diving Faf du Plessis in the slips, putting Morkel on a hat-trick, but it was not to be.

Brathwaite and Samuels were both in the 60s once stumps was called, their stand on 92, as they still trailed the Proteas by 270 runs.