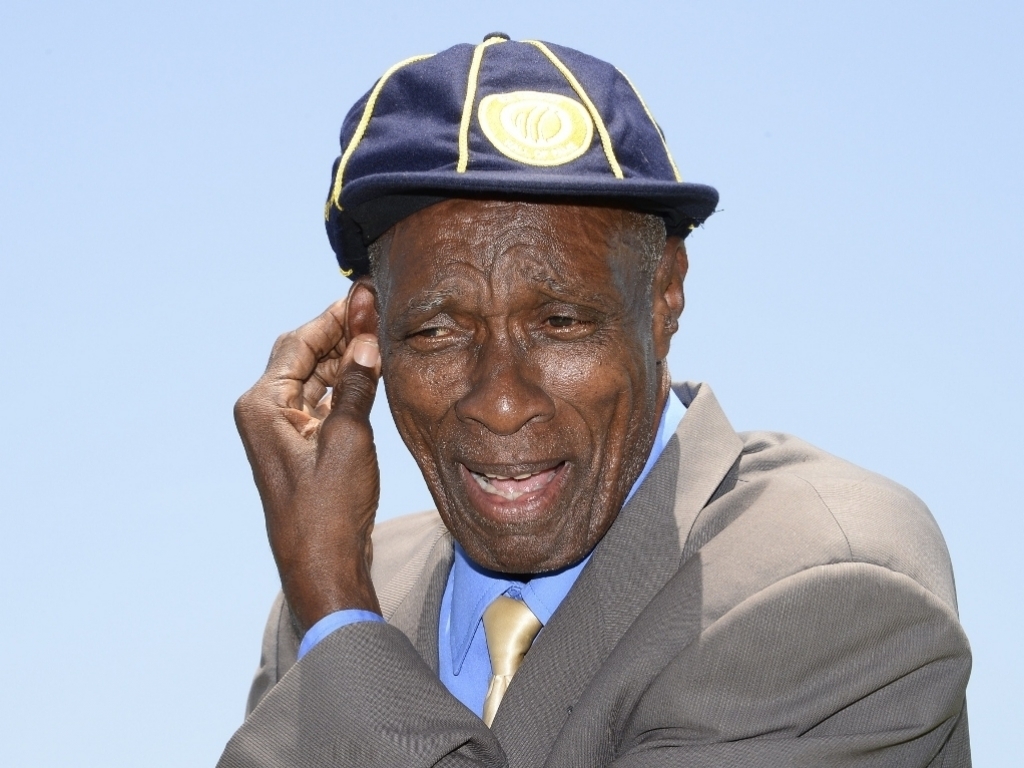 West Indies former tearaway fast bowler Wesley Hall was inducted into the ICC Cricket Hall of Fame, raising the tally of cricketers from the Caribbean to 18 in an illustrious field of 80 players who have been bestowed with the award for their contributions to the sport.

Hall received his commemorative cap from fellow Hall of Famer, Courtney Walsh, during the lunch break on the opening day of the second cricket Test between the West Indies and Australia at the Sabina Park. Also present at the ceremony were ICC Director and West Indies Cricket Board President Dave Cameron, Clive Lloyd and Sir Everton Weekes.

Hall is the fourth cricketer this year to be inducted into the Hall of Fame after Betty Wilson, Anil Kumble and Martin Crowe, who were inducted earlier this year during the World Cup.

Commenting on his inclusion into the Hall of Fame, Hall said: "I feel privileged and indeed honoured to be given this tremendous award. I have noted the list and it has some tremendous cricketers – heroes who have made the game what it is today. So, I am humbled to be included among these many greats of the game.

"Anytime you get these kind of encomiums, it is memorable. It is fantastic to receive the award in the West Indies and in front of adoring fans, which makes it even more special. I have represented the West Indies as a cricketer, as the team manager, and as the President of the WICB, so I will treat this as something I value and will always remember.

"Fast bowling was my hallmark and I enjoyed my moments on the cricket field. I enjoyed representing the people of the West Indies and contributing towards the development of the game and the region.

"Cricket has been extremely good to me and I was happy to give back to the game. This honour, presented to me by the ICC, is one I will cherish. It is not just for me but for the people of the West Indies."

Hall was first selected on the 1957 tour of England with only one first-class game to his name but didn’t play any Tests. He was then chosen for the 1958-59 tours to India and Pakistan and finished with 46 wickets in eight Tests.

In the third Test against Pakistan at Bagh-e-Jinnah, Lahore, Hall took the wickets of Mushtaq Mohammad, Nasim-ul-Ghani and Fazal Mahmood to become the first West Indies bowler to claim a hat-trick.

Hall also featured in the famous tied Test against Australia in Brisbane in December 1960 where he took match figures of nine for 203, including five for 63 in the second innings. He bowled the last over of the match as Australia, requiring six runs for victory with three wickets standing, was bowled out for 232 on the penultimate delivery.

In another epic finish in the 1963 Lord’s Test against England, Hall bowled unchanged for three-and-a-half hours in the second innings and took four for 93 as the match ended in a draw with England, chasing 234 for victory, finished at 228 for nine.

In 1964-65, his 16 wickets were instrumental in guiding the West Indies to its first series win over Australia. He retired, along with his new ball partner Charlie Griffith, at the end of the tour of Australia and New Zealand in 1968-69.

After retirement, he become an ordained minister as well as the Minister of Tourism and Sport in the Barbados government. He also managed West Indies touring sides and in 2001 took over as the President of the West Indies Cricket Board.

The process for the selection of players into the Hall of Fame started in 2014, when the ICC Chairman invited all the living Hall of Famers to send their nominations to the ICC. The ICC Nominations Committee then reduced the long-list to 10 men and three women.