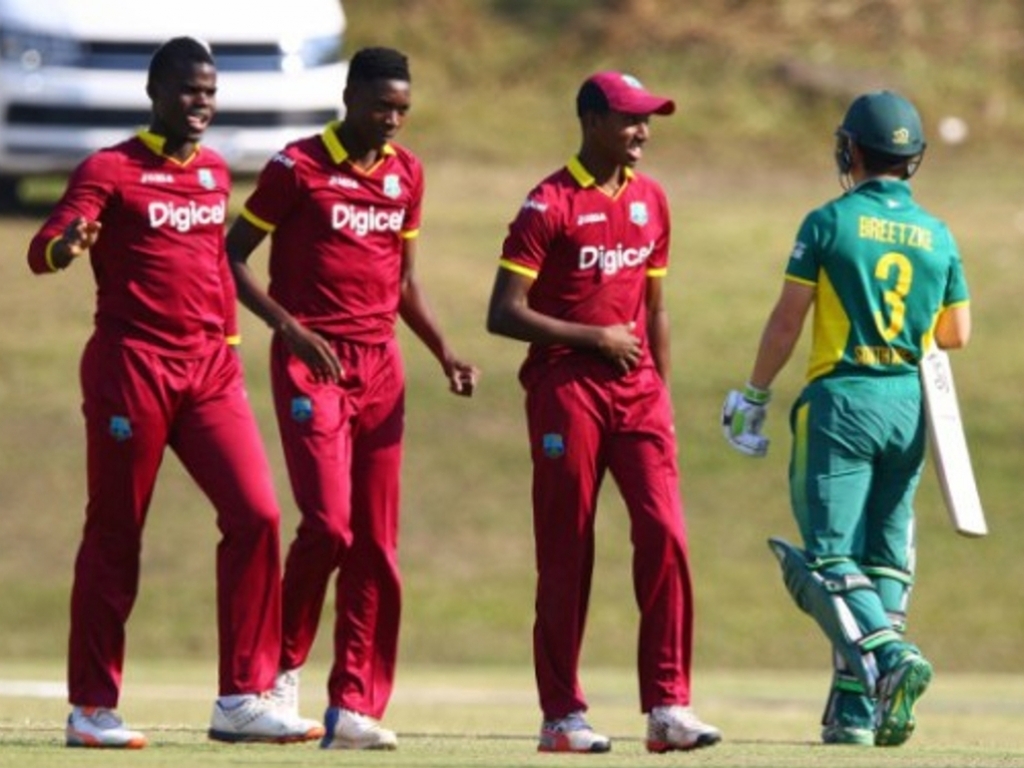 South Africa Under-19s suffered a narrow two-wicket loss against West Indies in their second Youth One-Day International in Pietermaritzburg as the visitors levelled the series 1-1 on Wednesday.

Wandile Makwetu struck a half-century for the home side as they posted a modest 208/8 from their 50 overs. This after captain Raynard van Tonder won the toss and opted to bat first.

Matthew Breetzke (37) and Jiveshan Pillay (36) put on 81 for the first wicket, but there was not too much more in terms of support for the home side.

Herman Rolfes and Kenan Smith both struck 19, with Joshua Bishop (2/30) and Jeavor Royal (2/34) grabbing two wickets each to help keep the South Africans in check.

Bhaskar Yadram’s 81 (116 balls, 8 fours, 1 six) was the backbone of the West Indian chase. The opener played a key role with Emmanuel Stewart (45) as the islanders coasted along for most of the way, until a late wobble set up a close finish.

The defending U19 World Cup champions fell from 165/3 to 183/7, before Royal’s blistering unbeaten 31 took them home with 32 balls to spare.

Gerald Coetzee was the best of the bowlers with 2/55.

Match three of the five-game series takes place at the same Pietermaritzburg Oval on Friday.