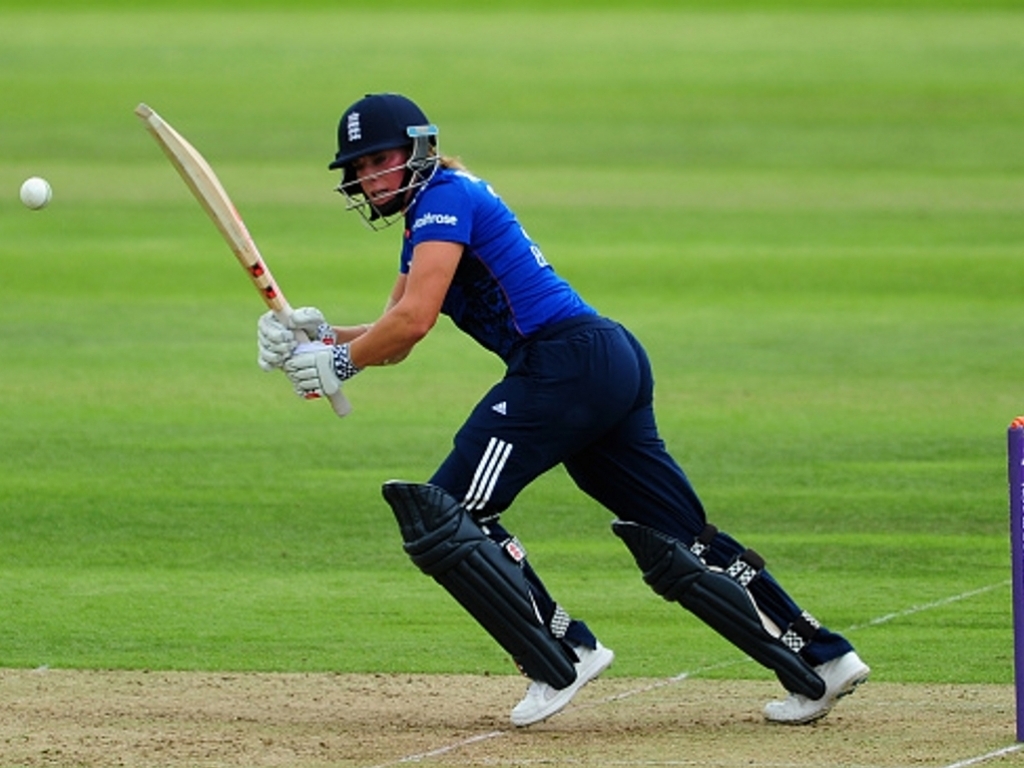 England opener Lauren Winfield would like to see surfaces that are easier to bat on as her team prepare to face off with the West Indies in the third ODI of the series at Sabina Park on Friday.

The series is locked at one-all after two low scoring affairs in Jamaica and with the final three games carrying  ICC Championship points the series is set to hot up.

Winfield told ecb.co.uk: “There’s nothing between the teams.

“We knew that when we were preparing, they’d won the T20 World Cup and have a lot of destructive players, but it’s down to the business end for the next three games and it’s all to play for.”

After two low scoring games, Winfield feels the surface at Sabina Park has improved, with Hurricane Matthew impacting the preparation for the first two games.

Winfield added: “Having batted in the middle today the conditions do seem easier.

“In England in the summer we saw high scoring and high strike-rates. Here it’s a different sort of challenge, we’ve got to be smart and give ourselves half a chance.”