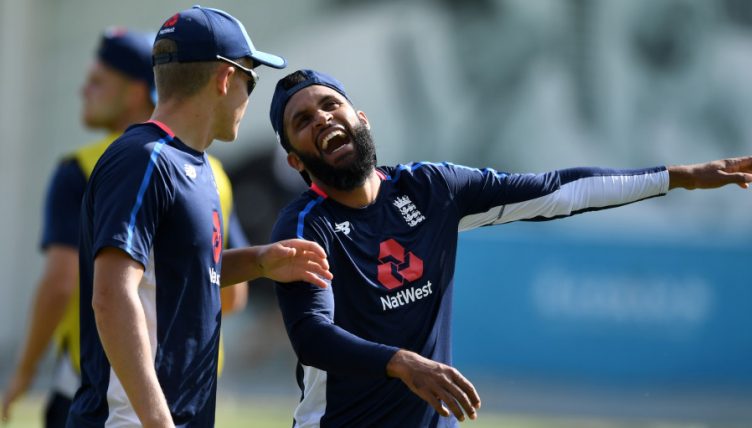 Wisden have revealed that the cover stars for the 2019 almanack will be Sir Alastair Cook and James Anderson.

The greatest book in the world has in recent years developed a pleasing fondness for irritating exactly the right people with its covers, with Virat Kohli reverse-sweeping in 2017 causing a stir as did the selection of – gasp – a woman 12 months ago as World Cup final matchwinner Anya Shrubsole got the nod.

Hard to think anyone other than the absolute lunatic fringe of Kevin Pietersen’s support (basically, just Piers) will object to this year’s very correct if safer selection of two of the game’s modern greats as Cook called time on his record-breaking career and Anderson took his own to yet greater heights.

But any news of the almanack means thoughts turn inevitably to the identity of this year’s Wisden five. Always a fun game to try (and fail) to guess the names. Some new blood in the England team makes this year’s task a bit easier than it sometimes is – a reminder (that nobody will pay heed to either now or when the five are announced) that you can only win this award once and it’s based chiefly on the previous English summer – while one particular tourist is a raging certainty for inclusion.

So, being the ghastly upstarts that we are, here’s Cricket365’s early shout for this year’s Wisden five cricketers of the year. Remember, this is the correct answer and any difference in Wisden’s final selection will bring great shame upon them. What do Wisden know about cricket anyway?

Virat Kohli
Easy one to start. Just imagine if he doesn’t get the nod. People have lost their shit about Kohli not getting in this every year for the last five. If he doesn’t get in after scoring 593 runs at 59.3 then Twitter will quite literally explode. Also a shoo-in to retain the Leading Cricketer in the World award (which can be won more than once) he snaffled in 2016 and 2017.

Sam Curran
What in impact Curran Jr made against India last summer. Always seemed to be coming in to bat at 80/6, always seemed to walk off with 280 on the board. Took 11 wickets at 23 apiece in that series as well. Remains to be seen whether he’ll take 350 wickets as an opening bowler or score 7000 runs batting at number six, but he’ll definitely do at least one of them. Fact.

Adil Rashid
Third on the 2018 ODI wicket-takers list behind only Rashid Khan and Kuldeep Yadav and a handily successful luxury item in England’s Test side as well. Across the formats he took 33 wickets at 25 apiece in the English summer, and also chipped in with 165 of the very wristiest runs at 20.

Mohammad Abbas
Bit of a punt, this, with the two excellent Test matches played by England and Pakistan back in the first half of the summer rather drowned out by the India series that followed. Abbas was sensational, though, taking four wickets in each innings as Pakistan ditched out a right spanking at Lord’s. That should surely count as enough of a contribution to the English summer to get the nod in a year where his overall record was a frankly daft 38 wickets at 13.76. They might go for Ishant Sharma instead, though.

Rory Burns
Someone usually gets the nod for outstanding efforts in county cricket, and 2018’s contender has to be Burns. Captained Surrey to an utterly dominant County Championship title win while scoring almost 300 runs more than any other top-flight batsman. Now trying to achieve the hardest thing in sport by establishing himself at the top of England’s Test batting order.

UPDATE: So, we’re idiots who didn’t realise Jos Buttler has never been one of the Wisden Five. Thaaat’s mental, eh? The bloke has played over 200 games for England, often dazzlingly brilliantly. But stop and think about it, and, while he could have got the nod before now, it’s actually hard to think of a year when he absolutely should have won it. Until now. Obviously. When he’ll obviously be one of the five. We now fear even more for Abbas, who massively deserves it but probably now misses out. And we’d be heartbroken if Rashid wasn’t in. But Jos will be. Lovely Jos. Sorry everyone.