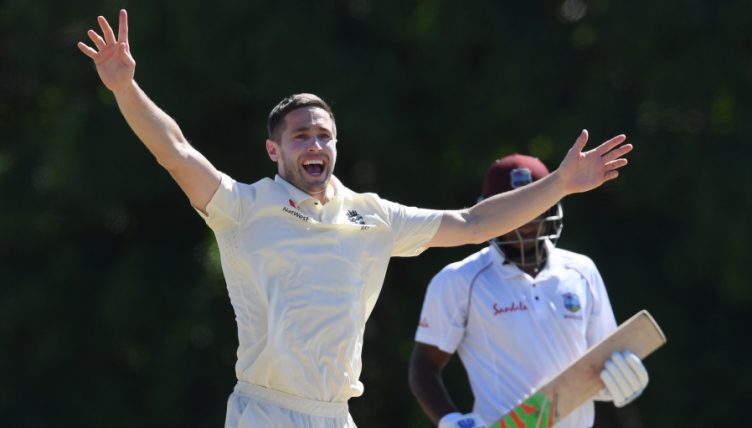 Chris Woakes and the rest of England’s bowlers enjoyed another useful haul as they wrapped up preparations for the first Test against the West Indies in Barbados.

The fourth and final day of warm-up action against a CWI President’s XI saw the tourists pick up 11 wickets, down from the 19 that fell on Wednesday but still enough to hammer home the gulf in quality before hands were shaken on an early finish.

Woakes finished with the pick of the figures, three for 31, but nevertheless seems unlikely to make the XI when the series gets under way on January 23 at the Kensington Oval

He is behind both Stuart Broad and Sam Curran in the pecking order, and the pair each made their own case to share new-ball duties with James Anderson by claiming lbws with their first deliveries of the day.

Broad, on the back of a hat-trick to his name last time out, began play with a looping slower ball, completely deceiving Devon Thomas and rapping the front pad.

Curran followed up from the opposite end, finding a modicum of swing and condemning Jermaine Blackwood to a his third and final failure of the week.

The Jamaican batsman scored his only Test century against England in Antigua in 2015 but with seven runs to his name in three visits here – four of which came from an outside edge – his prospects of further involvement look slim.

Chandrapaul Hemraj and Sunil Ambris shared a swift half-century stand before the former nicked Broad to slip for 22.

Ben Stokes took a smart catch and then got in on the action himself, drawing a flashy shot from Jahmar Hamilton which was well held by Jos Buttler.

A lunch total of 99 for four represented a decent workout, though Ambris appeared to have the measure of things by the break.

He opened up in the afternoon, connecting nicely with a couple of ambitious shots against Adil Rashid.

The leg-spinner did well in the whitewash of Sri Lanka before Christmas but appears less likely than either Moeen Ali or Jack Leach to see action.

Vishaul Singh had an early reprieve, Stokes dismissing him from a no-ball, and went on to detain England for an hour before Moeen found his outside edge.

The all-rounder was bowling deliberately slowly, looking to tempt the drive rather than whip through his off-breaks.

It became clear that England were eyeing an early departure, having quietly dispensed with the earlier arrangement for a full 90 overs to be bowled regardless of wickets taken.

Woakes was still eager to get into the game and gave a typically good account of himself during a profitable second spell.

He won the third lbw of the day to see off Ambris for a bright 94 and then clean bowled Raymon Reifer and Alzarri Joseph.

Rashid and Joe Denly took care of the remaining overs but any lingering intensity had long since disappeared and the contest was cut 80 minutes short by agreement between the captains.