Home Countries England Wood: England all smiles, until The Oval

Wood: England all smiles, until The Oval 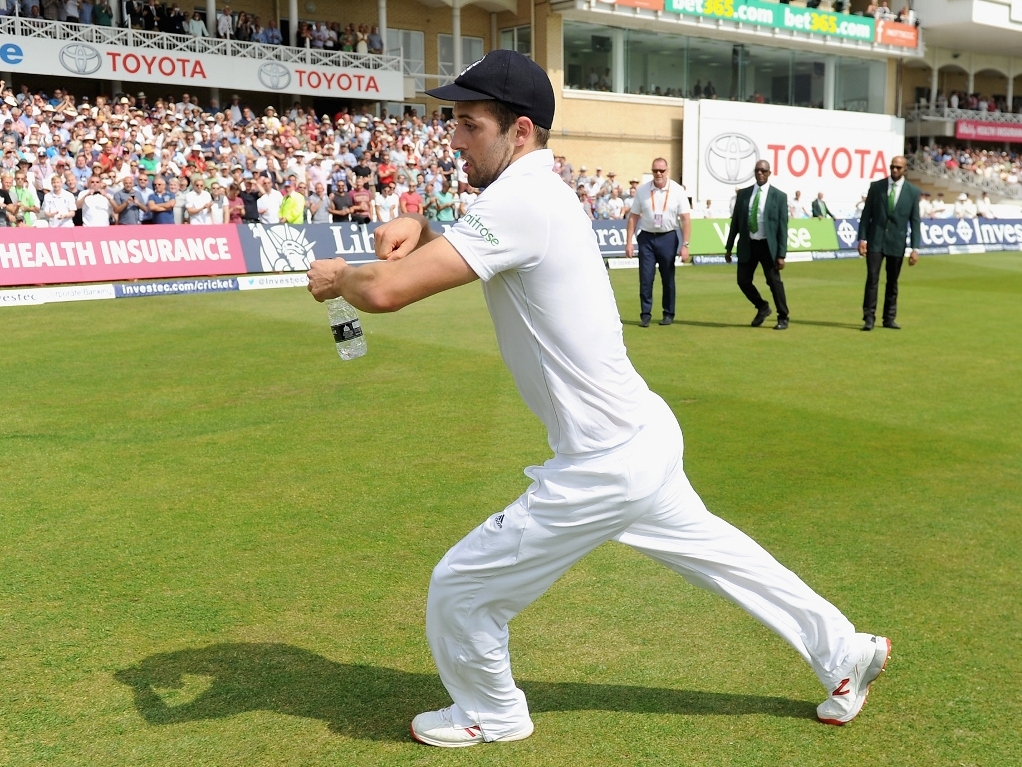 England fast bowler Mark Wood took the final wicket to fall in the fourth Ashes Test, which won the series for his side, and he has spoken about the team's celebrations, and his famous imaginary horse.

Wood's imaginary horse has become a famous joke for fans, which he pretends to ride when he's bored in the field, and after the win at Trent Bridge he was nagged into showing it off during the lap of honour. He says it was the best part of the day.

Wood said on the BBC website: "The best moment of all was leaving the dressing room to do a lap of honour. I don't think I'll ever forget that. Just seeing what winning the Ashes meant to so many people was truly amazing.

"When we were halfway round the field, Root and Cook came up to me and told me I had to bring out my imaginary horse, which has become my party piece when it gets boring in the field.

"I've been keeping him in the stables all summer and I wasn't keen but they weren't taking no for an answer, so I checked the grass and let it fly for half a bend.

"I was a bit tired after my bowling spell so I think it was more of a trot than a gallop, but the crowd seemed to enjoy it."

Despite that levity, Wood knows there's still a fifth game to be won to really rub it in for the Aussies, but he's aware they'll not go down without a fight, especially as it's Michael Clarke's final Test before retirement.

He added: "It will be nice to have a mental break and recharge the batteries before heading back down the M1 next Monday to join up with the squad and start preparing for the fifth Test at The Oval.

"Australia will be up for the challenge. They will want to spoil the party and send captain Michael Clarke off into retirement with a big celebration, but we've got to make sure we don't give them a sniff.

"Even if it means I'm made to gallop round the boundary on my imaginary horse belting out the team song, I'm desperate to win the series 4-1."