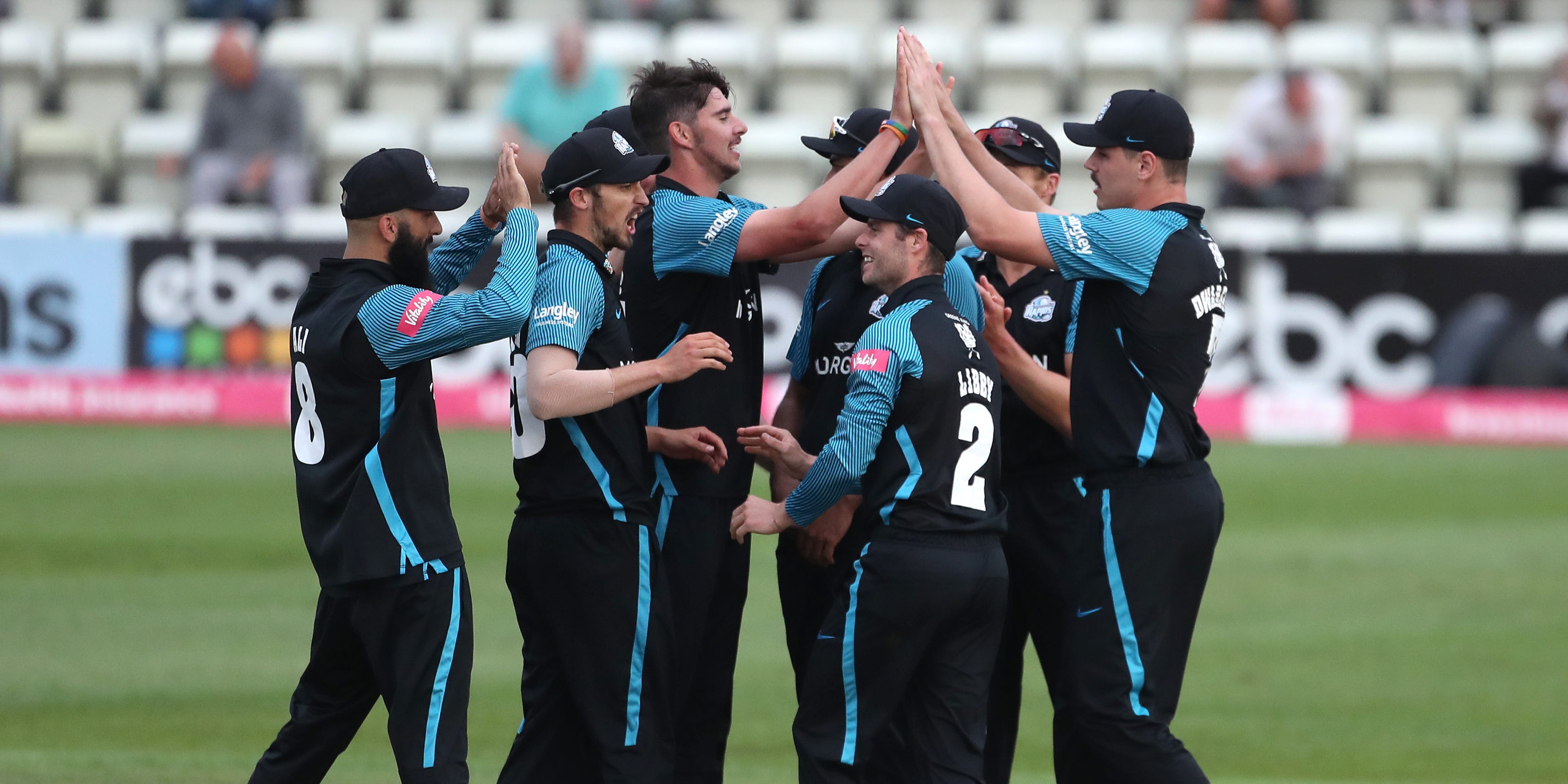 Nottinghamshire Outlaws began their defence of the Vitality Blast with a thrilling draw after appearing on course to cruise to victory against Worcestershire Rapids at New Road.

The Outlaws looked set for a straightforward win after openers Joe Clarke and Alex Hales put on 76 in six overs in pursuit of 153.

But Rapids spinners Moeen Ali and Ish Sodhi hauled their side back into the contest to leave five runs needed off the final over from Josh Tongue.

Luke Fletcher was run out off the third delivery and then the final ball saw Peter Trego (35) fail to beat Ed Barnard’s throw back to keeper Ben Cox attempting a second run.

Liam Livingstone’s controlled 94 not out off 58 balls ensured Lancashire cruised to a 169 target to beat Derbyshire by six wickets in the tournament’s opening game.

The Falcons posted a competitive 168 for seven, including Luis Reece’s 59 off 32 and three for 28 for Matthew Parkinson, before the Lightning top order entertained a sellout crowd of approximately 4,000 to win with three balls to spare.

Ben Green top-scored with 43 off 30 balls as the hosts posted 185 for seven after losing the toss.

In reply, the Eagles recovered from a poor start to reach their target with seven balls to spare, Neesham hitting a half-century off 23 balls, with seven fours and two sixes.

Kent’s Darren Stevens claimed his 100th Vitality Blast wicket with his first ball of the match as the Spitfires defeated the Hampshire Hawks by 38 runs at Canterbury.

The Spitfires posted 176 for six, before restricting the Hawks to 138 for nine with a miserly display in the field.

Fred Klaassen took four for 32 and Stevens finished with two for 22.

Ollie Robinson anchored Kent’s innings with 48, after Joe Denly smashed 44 and Daniel Bell-Drummond 42 to get the hosts off to a blistering start, but they were hauled back as the Hawks’ Mason Crane took three for 23, while Chris Wood had two for 42 and Lewis McManus claimed two stumpings.

James Vince made 34, but the Hawks fell way behind the run rate, despite a battling 37 from Joe Weatherley.