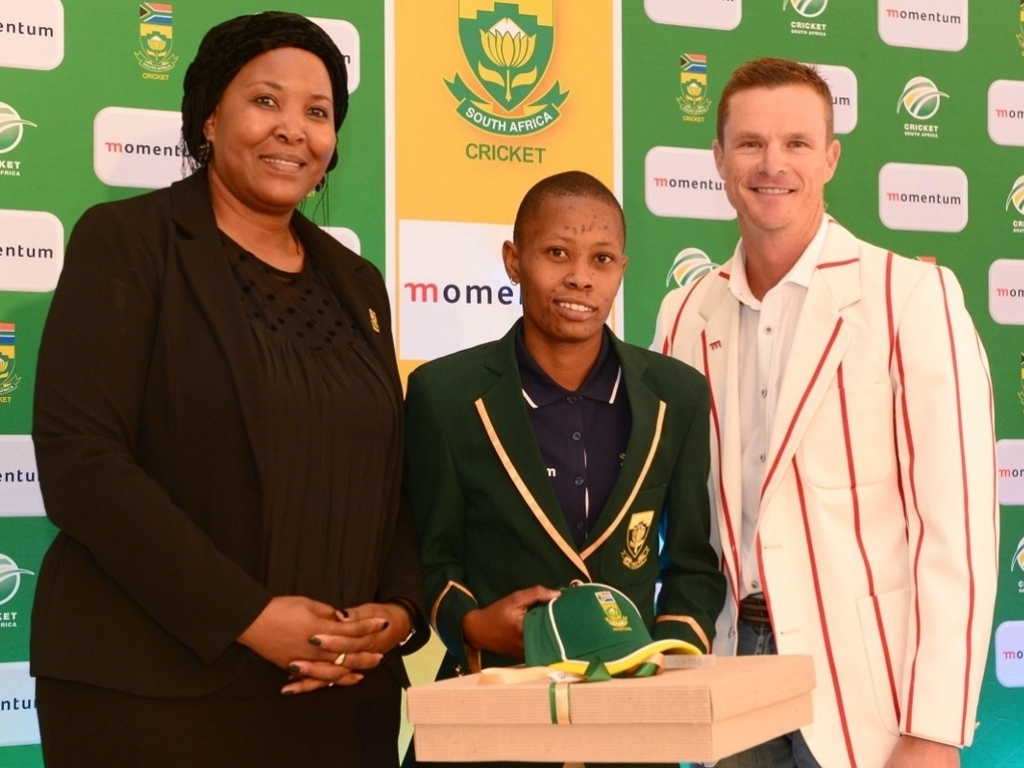 Six months ago, Raisibe Ntozakhe could not have imagined that she would currently be in the Momentum Proteas’ ICC Women’s World Cup training camp.

The 20 year-old from Alexandra Township in Johannesburg is one of two new faces in the team, with just seven caps to her name.

“Getting that call to say that I was going to play in the Quadrangular series in Potch (Potchefstroom) felt like a dream,” she said. “I was so ecstatic and thankful that all my hard work was finally paying off. While I was hoping that the tour would open other doors for me in future, I never imagined that a call-up for the World Cup was in the cards.”

Ntozakhe impressed selectors with her off-break spin bowling during the 2016/2017 CSA Women’s Provincial League, playing a major role in helping her team, Gauteng to the CSA Women’s Week. She was among the top wicket takers in the latter tournament which took place in Bloemfontein, returning 15 wickets in 10 matches and best bowling figures of 6/16.

“I definitely enjoyed my cricket this past season,” she continued. “I’ve been working really hard with coach Johno (Johnson Mafa) at Gauteng to make sure that I’m at my best every time. He’s definitely one of the people I attribute reaching this point in my career to.”

Ntozakhe proved the selectors right when she took three wickets for just eight runs in five overs in her international debut against Zimbabwe during CSA Women’s Quadrangular series. She marvels at how differently her career could have gone, as she had originally started out playing soccer before she was introduced to the mini-cricket programme later on in primary school.

“It’s truly amazing how life works out sometimes. There was a time when I was so sure that I was going to play soccer and that’s it, but after I was introduced to mini-cricket by one of the teachers at my school, I knew that this was something that I wanted to pursue and I’m so glad I did because it has brought me where I am right now.”

The Proteas’ camp began on Saturday and the team will depart for the World Cup on Friday, 16 June.