Home Countries India Yadav admits to leaking too many runs

Yadav admits to leaking too many runs 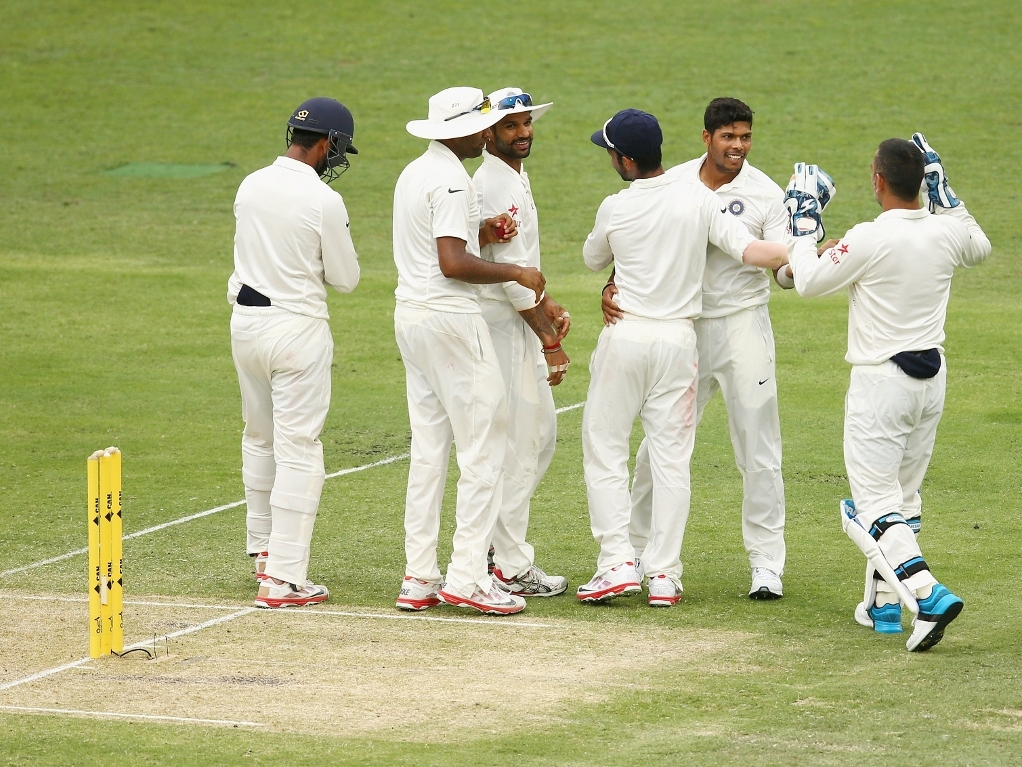 India fast bowler Umesh Yadav admitted that they let Australia off the hook on the third day of the second Test in Brisbane.

Australia came into the day on 221 for four, still trailing India by 187 runs but despite losing two wickets early in the first session, recovered to post a commanding 505 all out.

India, after bowling a good line and length earlier in the day, surprised everyone when they reverted to bowling bouncers, as it seemed like they were trying to intimidate the Australian tail-enders rather than try to get them out.

Yadav, who dismissed both opening batsman and Shaun Marsh on day two, said India were bowling to a plan and that sometimes the things that you plan do not come off.

Yadav said: "In the morning the ball had become very soft, so we thought it was important to bowl line and length. We did that and got two wickets as well.

"When the lower order batsmen came in, we decided to bowl bouncers because we saw it was causing them a bit of problem. Unfortunately we leaked runs and gave 50 runs too many."

Australia's tail-end revival was led by Mitchell Johnson, who decided to fight fire with fire and take an aggressive approach after getting a verbal barrage from the Indian fielders. It did not work for India, as Johnson scored 88 in just 93 deliveries.

Yadav said: "These things happen in the game. Things get aggressive, sometimes it works in your favour and other times the batsman gets fired up and scores runs.

"When a new batsman walks in, the fielding side tries to make him feel uncomfortable by saying a few things to him."

India were 71 for one at stumps, still trailing the hosts by 26 runs and Yadav was in no doubt as to what India needed to do to get back  in the game.

He said: "First of all we need to bat the whole day tomorrow and get a good lead. Depending on the size of lead we get, we will plan the last innings with the ball."