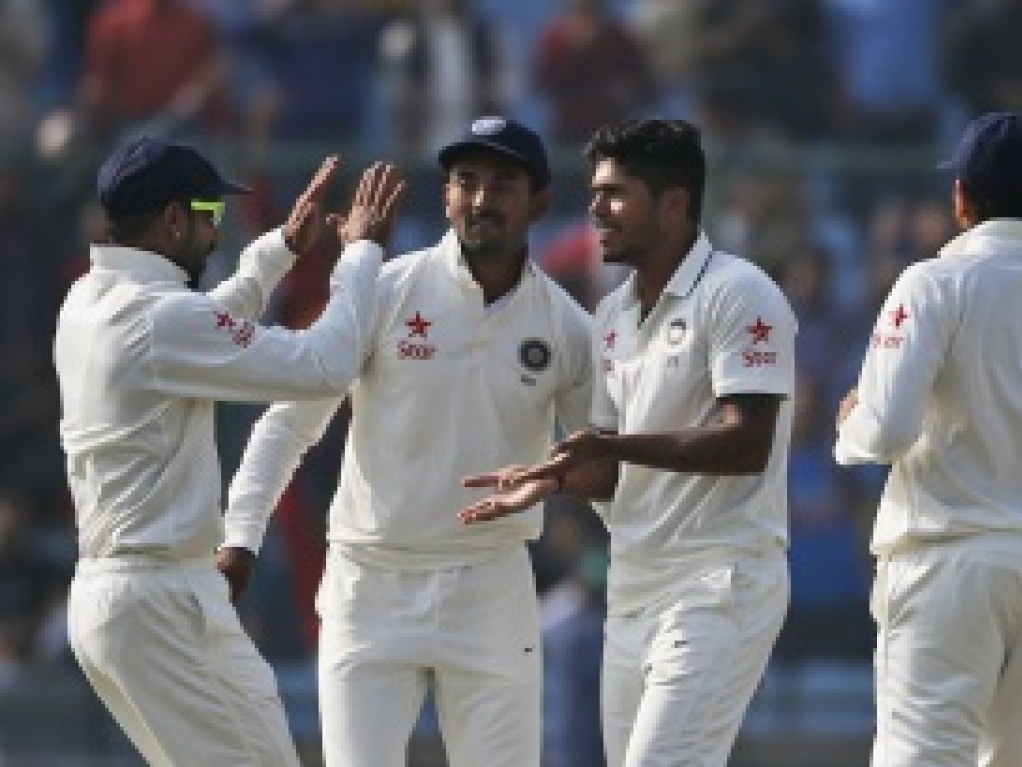 India paceman Umesh Yadav admits that he was surprised by the way South Africa batted in the second innings of the fourth Test in Delhi on Sunday, but predicts that the visitors will crumble to defeat on day five.

The Proteas defended resolutely to be 72 for two, off 72 overs, at stumps on day four, still requirng an unlikely 409 runs to win on the final day.

The visitors captain led the defiance with an unbeaten 23 off 207 balls while Ab de Villiers, on 11 from 91 balls, will resume on the final day with his skipper, while opener Temba Bavuma took 117 deliveries to score 34.

India are still favourites to win the contest and win the series three-nil but the Proteas are at least putting up more of a fight than in the previous matches in the series.

Yadav told reporters: "It was a surprise. We did not expect them to play like this. The way they defended, it was truly a surprise. They were not playing shots and defending every ball, even the ones that could be scored of.

"It becomes more challenging when batsman is not looking to play his shots. It reduces wicket-taking chances. This type of cricket gets boring. You send down ball after ball, and nothing happens.

"They are under pressure and they are naturally blocking to play as long as possible. It's difficult to bat out the whole day just defending like that. I don't think we should have problem, we have enough time to bowl them out."