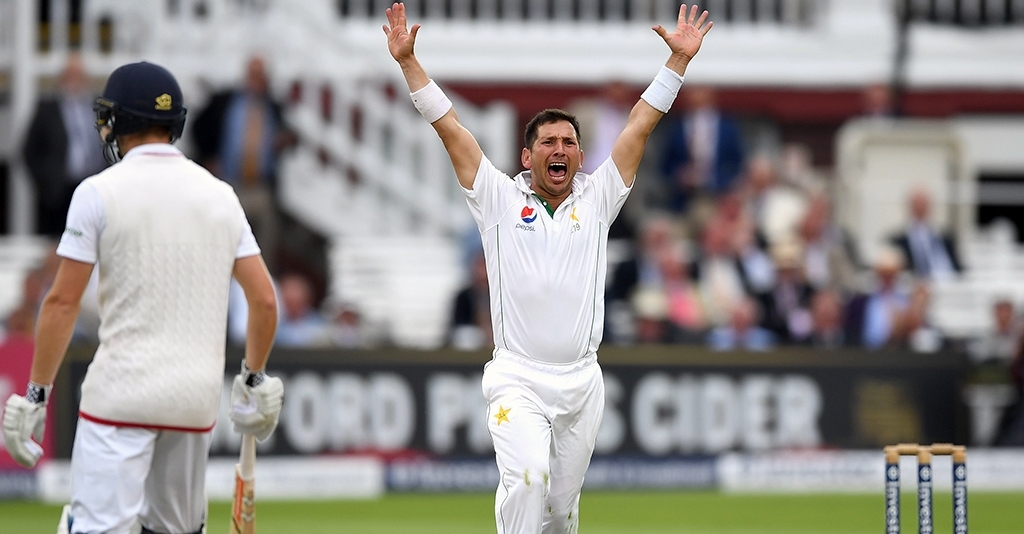 Wrist spinner Yasir Shah has become the number-one ranked bowler in the world after he bowled Pakistan to a 75-runs victory over England in the first Test at Lord’s on Sunday.

Yasir is the first Pakistan bowler to top the ICC rankings since Mushtaq Ahmed achieved the distinction in December 1996, while Shane Warne was the last wrist spinner to surge to the number-one position in December 2005.

Yasir, who returned figures of six for 72 and four for 69, leapfrogged India spinner Ravichandran Ashwin and England’s fast bowling pair of James Anderson (who missed the Test due to an injury) and Stuart Broad into the top spot after his achievement earned him 32 points.

Yasir won the player of the match award in his first Test outside Asia and leads Ashwin by seven points and Anderson by 10 points. The 30-year-old looks strong to gain further points and create more daylight between him and rest of the field as he is still in the qualification period. A bowler qualifies for a full rating after he has taken 100 wickets, while Yasir has so far claimed 86 wickets in 13 Tests.

England’s Chris Woakes also made an impressive gain in the latest rankings. Woakes recorded match figures of 11 for 102 for which he earned a jump of 28 places that put him in a career-high 36th position.

Pakistan’s Rahat Ali, who took four wickets in the match, also achieved a career-high ranking of 32nd after jumping three places, while Mohammad Amir returned to the rankings just inside the top 100 in 93rd position.

There was more good news for Pakistan when middle-order batsman Asad Shafiq also achieved a career-high ranking in the rankings for Test batsmen.

Asad scored 73 and 49 for which he was rewarded with a jump of two places that put him in 11th spot. Asad has a top 10 place firmly within his sights as he trails 10th ranked Sri Lanka captain Angelo Mathews by seven points.

Pakistan captain Mishab-ul-Haq, who scored his 10th Test century while scoring 114 in the first innings, moved up one place to ninth, while wicketkeeper/batsman Sarfraz Ahmed gained two places to 17th position.

For England, Jonny Bairstow and Gary Ballance improved their rankings. Bairstow moved to a career-high 16thposition after moving up two places, while Ballance moved to 40th position having risen two places.

The second Test begins at Old Trafford on Friday, 22 July.