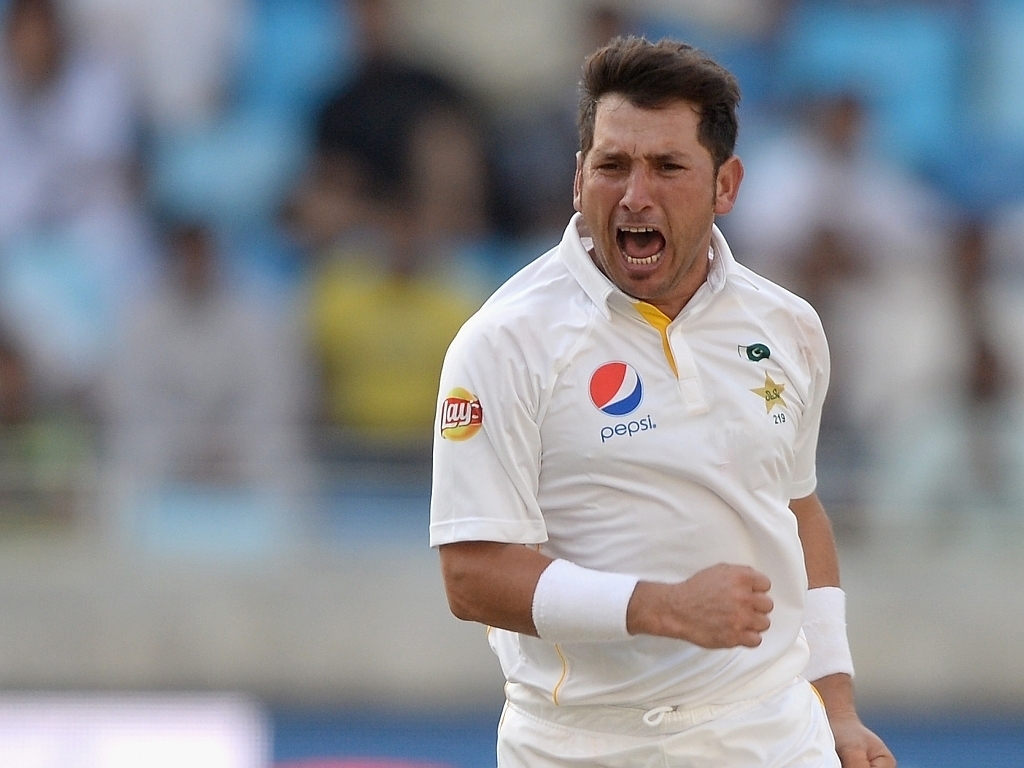 Pakistan spinner Yasir Shah is looking forward to the day where he can play a Test against India counterpart Ravi Ashwin, as they both expressed their admiration for each other.

The spinners took to Twitter to wish each other luck in their current series, and Yasir later said that he wished he could play against Ashwin in a Test.

Pakistan and India do not play bilateral series against each other due to political tensions, and have not faced each other in a Test since 2007.

Ashwin had tweeted to Yasir last week: “good luck, may the force be with him.He is such a delight to watch.”

The Pakistan man was asked about this at a press conference in Dubai, and responded: “Yes, he had said good luck so I am thankful.

“It’s naturally motivating when a great bowler who is second fastest to 200 (wickets) tweets a good luck message and it’s really a great motivation for me.

“Every Pakistani and Indian player has this wish to play against each other. I have not played a Test against India so it’s my wish.”