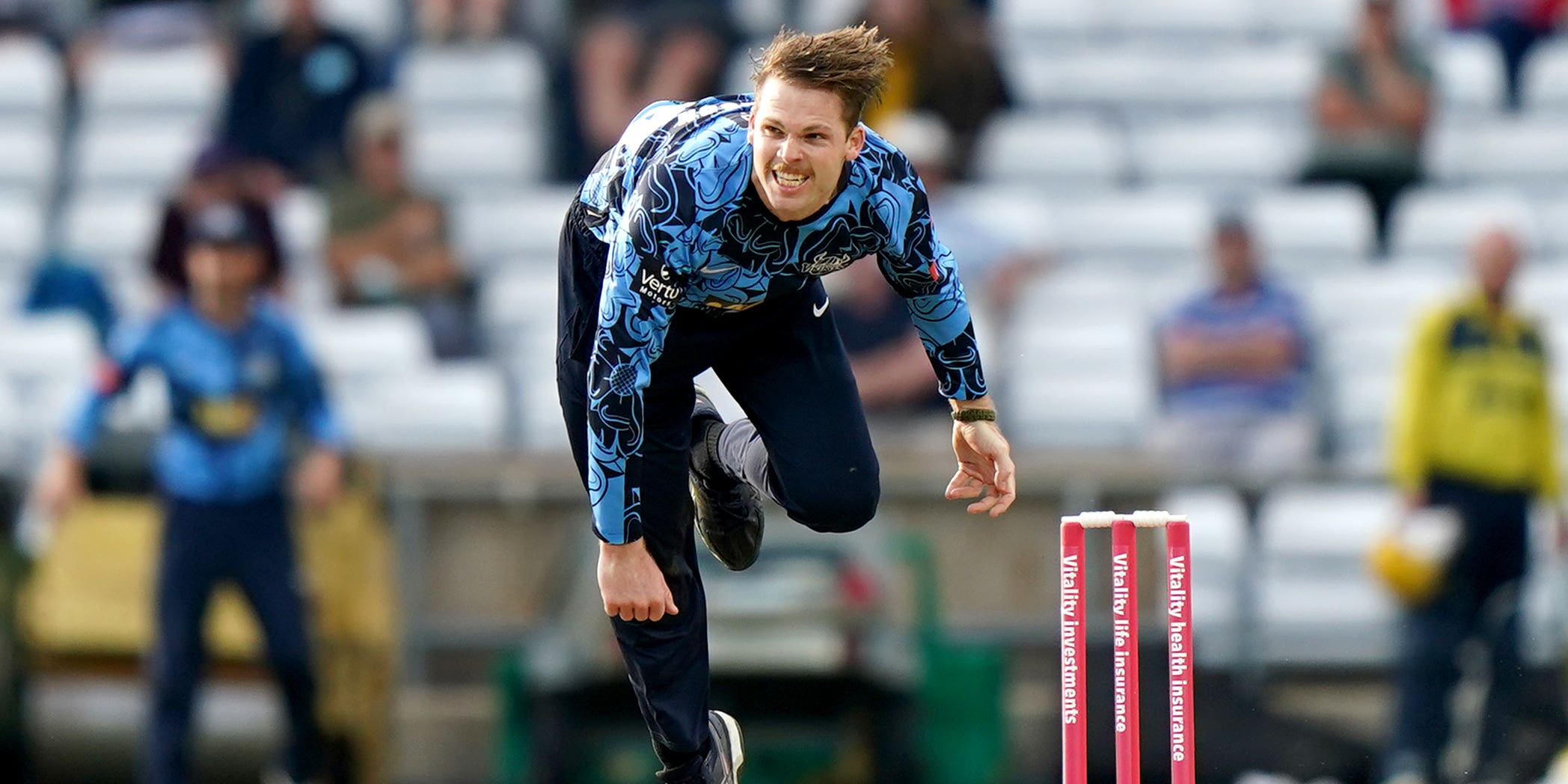 Harry Brook and Lockie Ferguson led Yorkshire to a nine-run Roses win while Nottinghamshire remained top of the Vitality Blast North Group with a thumping win over Birmingham Bears.

Brook hammered 91 not out off 50 balls in Yorkshire’s 180 for four, the unbeaten innings lifting his average in this season’s competition to 115.75.

Adam Lyth made 52 and though Rob Jones (61) and Steven Croft (41) kept Lancashire in the game, Ferguson took a hat-trick with the final three balls of the innings to finish with four for 24 and leave the Red Rose 171 for eight.

There was no such late drama at Edgbaston, where the hosts were no match for Notts’ 177 for nine.

Samit Patel top-scored with 41 and then took two for eight in two overs, while Jake Ball took four for 11 and Calvin Harrison – who earlier hit 18 from six balls – four for 17 as the Bears subsided to 63 all out with Robert Yates’ 24 a lone effort.

With 17 points, Notts lead the group by two points from Yorkshire with Worcestershire third after a 14-run win over Derbyshire.

Brett D’Oliveira top-scored with 43 and Ross Whiteley added a big-hitting 37 in Worcestershire’s 167 for six and Charlie Morris took three for 21 to restrict Derbyshire to 153 for eight despite Tom Wood’s 46 and 39 from Luis Reece.

Leicestershire powered to an eight-wicket win over Durham in a match ended early by rain.

Durham made 115 for four in 15.1 overs before a rain break of over an hour, leaving the Foxes to chase 88 in nine overs.

They got there with four balls to spare after an unbroken stand of 56 between Josh Inglis (35no) and Colin Ackermann (36no).

In the South Group, Kent sit top by a point after both they and second-placed Somerset won on Friday night.

The Spitfires held off Surrey by 11 runs after half-centuries from Jack Leaning and Jordan Cox and Adam Milne’s hat-trick.

Somerset won by five runs on Duckworth-Lewis-Stern against Middlesex.

Devon Conway top-scored with 45 in the hosts’ 152 at Taunton, which was kept in check by a Blake Cullen hat-trick, and though Nathan Sowter’s belligerent 37 raised Middlesex hopes, the rain came with them just short of the DLS par with four overs lost.