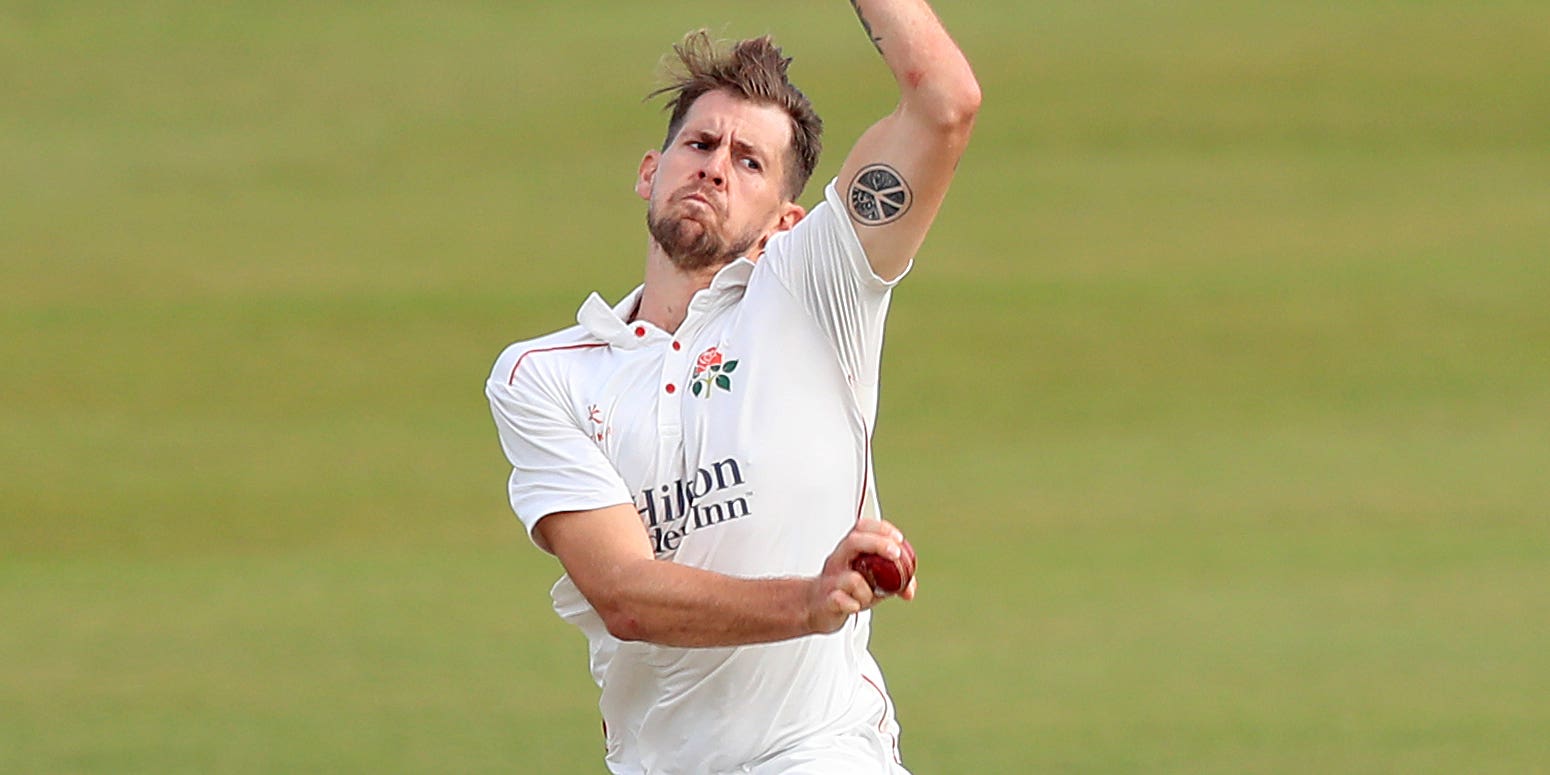 Yorkshire suffered a top-order collapse as Lancashire took command on day one of their LV= Insurance County Championship Roses clash at Old Trafford.

After losing their first seven wickets for 40, Yorkshire were indebted to 52 from wicketkeeper Harry Duke for lifting them to a first-innings total of 159 in the Group Three fixture between two unbeaten sides.

Tom Bailey was the pick of the bowling with three for six from 14 overs for Lancashire, who closed on 95 for one in reply. Alex Davies was the man out for 52 on the day crowds returned in Manchester.

The other match in the group saw Sussex bowled out for 175 by Northamptonshire at Hove.

Their top order also struggled with the bulk of their total coming in a ninth-wicket partnership of 99 between Jack Carson (52) and Henry Crocombe (46 not out).

In-form Ben Sanderson took five for 45 but the visitors responded to reduce Sussex to 91 for four in their reply.

Jack Haynes fell three runs short of a maiden first-class century as winless Worcestershire reached 336 for seven against Derbyshire in their Group One meeting at New Road.

Worcestershire had lost a wicket with the first ball of the match but Ben Cox weighed in with 49 and Ed Barnard was unbeaten on 48 as the hosts enjoyed a positive first day.

Essex fought back strongly after being bowled out for 182 by Durham at Chester-le-Street.

Sam Cook took three for 20 and Peter Siddle two for 15 as Durham slumped to 58 for six in their response.

Michael Pepper top-scored for Essex with 92 but only two other players reached double figures as Chris Rushworth and Ben Raine took four wickets each.

Captain Will Rhodes hit 91 as Warwickshire closed on 250 for six against group leaders Nottinghamshire at Edgbaston.

Rhodes put on 85 for the third wicket with Sam Hain (61) and Matthew Lamb was 43no but three wickets from Dane Paterson late in the day kept Nottinghamshire in contention.

Stand-in captain Hashim Amla scored the only century of the day, hitting an unbeaten 103 as Surrey reached 285 for five against Gloucestershire in Group Two.

The South African shared in an unbroken stand of 104 with Jamie Overton, who was 50no at the close at The Oval. Ryan Patel (62) also scored a half-century.

At Grace Road, wicketkeeper John Simpson was unbeaten on 73 as Middlesex reached 260 for seven against Leicestershire.

Simpson put on 90 for the seventh wicket with 20-year-old Luke Hollman (32) as Middlesex recovered from 132 for six.