Home Countries Australia ‘You need to be really patient’ in England

‘You need to be really patient’ in England 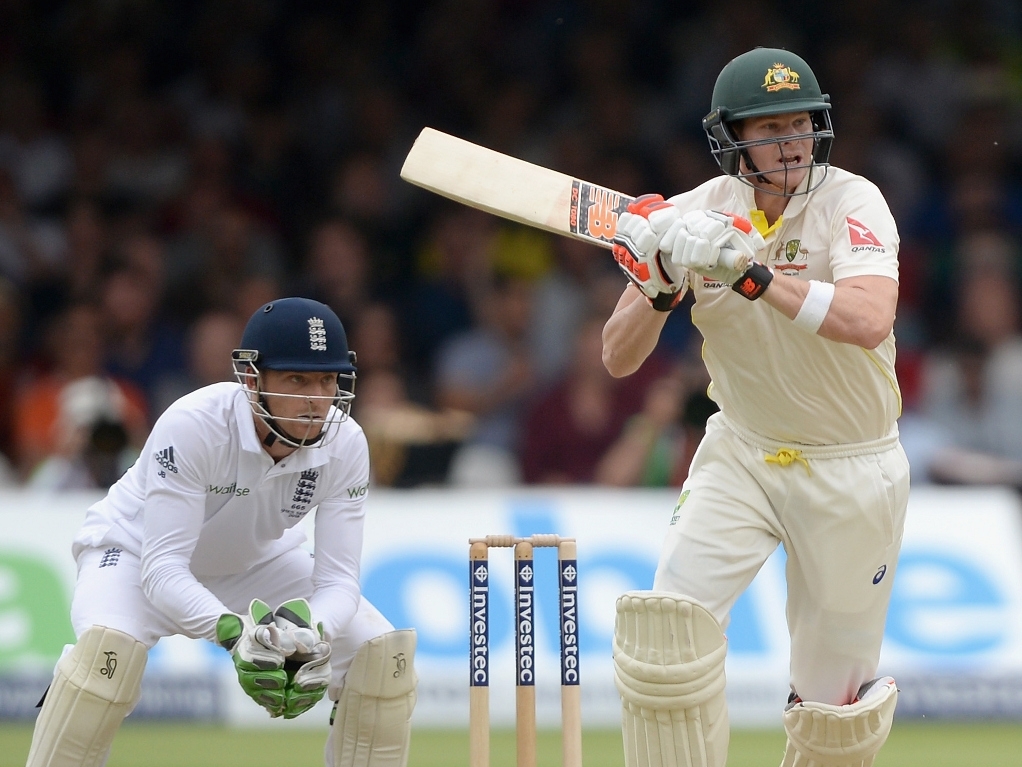 Australia batsman Steve Smith was pleased with the way he adjusted his game for English conditions in the second Test at Lord's, and was happy to put his poor Cardiff efforts behind him.

The number three batsman scored his maiden double century in his side's 405-run win over the hosts on Sunday, a day to spare, and was delighted with that as he'd not done very well at the ground in previous years.

Smith said after the match: "We were all disappointed with the way we performed with the bat in Cardiff.

"I was pretty keen to do well here this time around, I haven't had such a great run with the bat at Lord's."

Smith batted for more than eight hours for his 215, and said he had to play a far more patient knock than he's used to: "The wickets are generally a little bit slower than they are back home.

"You've got to wait for the ball a lot more. The ball does a lot more than it does back home. You need to be really patient, it's about letting balls go."

Smith didn't let many balls go in his second dig though, playing all manner of trick shots and mind games on his way to 58. He said he felt no pressure during it as the lead was so big: "It was a little bit of fun."