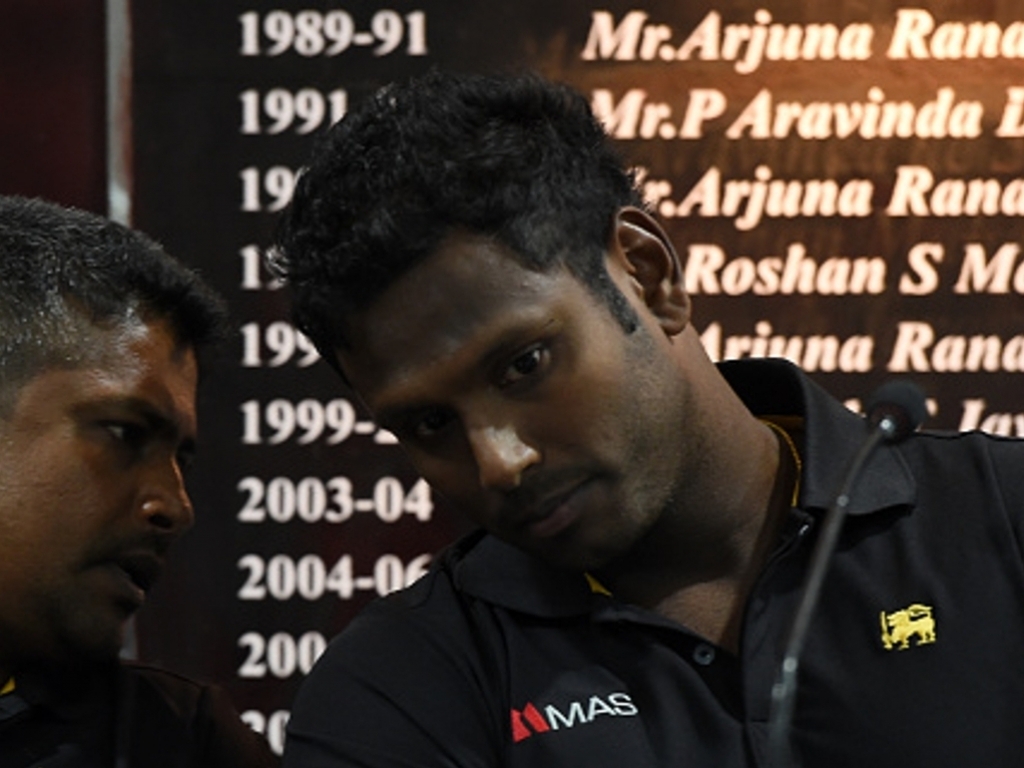 Sri Lanka skipper Angelo Mathews believes that the young blood in the Sri Lanka team are ready to step up and fill the void left by some huge players retiring.

When Sri Lanka arrived home from their 2-0 loss in England the mood in the country with regard to cricket was bleak it seemed they would struggle in perpetuam to replace the likes of Mahela Jayawardene and Kumar Sangakkara.

However a group of promising young players emerge through the 3-0 whitewash of Australia and a Test series win in Zimbabwe and the captain is upbeat about their chances in the forthcoming three match Test series against South Africa.

Mathews said: “When Sanga, Mahela and Dilshan retired it created a vacuum in the team, but the youngsters have taken it up well.

“We saw in the Australia series that the youngsters like Kusal Mendis and Dhananjaya de Silva were standing up. It’s great to see them coming through.”

Sri Lanka had a good warm up match in the batsmans paradise of Potchefstroom where seven of their batsman passed fifty in a tune up for the first Test to be played of Boxing Day.

Mathews added: “In Potchefstroom the facilities were very good, so we’ve had plenty of time to get used to the conditions.

“The wickets were quite a bit slower than other parts of South Africa. I thought we got the maximum out of the 10 days that we got there.”

Mathews gave credit to the Proteas for their efforts in Australia but backed his team to do well despite their poor record on quick tracks.

The skipper said: “South Africa have been playing extremely good cricket against Australia.

“They went over to Australia and beat the Australians, which is not an easy thing to do. If we play to our potential – we’ve got the skills. We’ve done it in the past.”

Mathews said the team do not want to dwell too much on their lack of experience in South Africa or what the conditions at St George’s Park will be like.

He concluded: “No one has played any Test matches or one-dayers here from this touring party. We’ve heard so many things but, we will not think about it too much because we’re not sure what we’re going to get. We’ll look at it closer on the day before the match.”