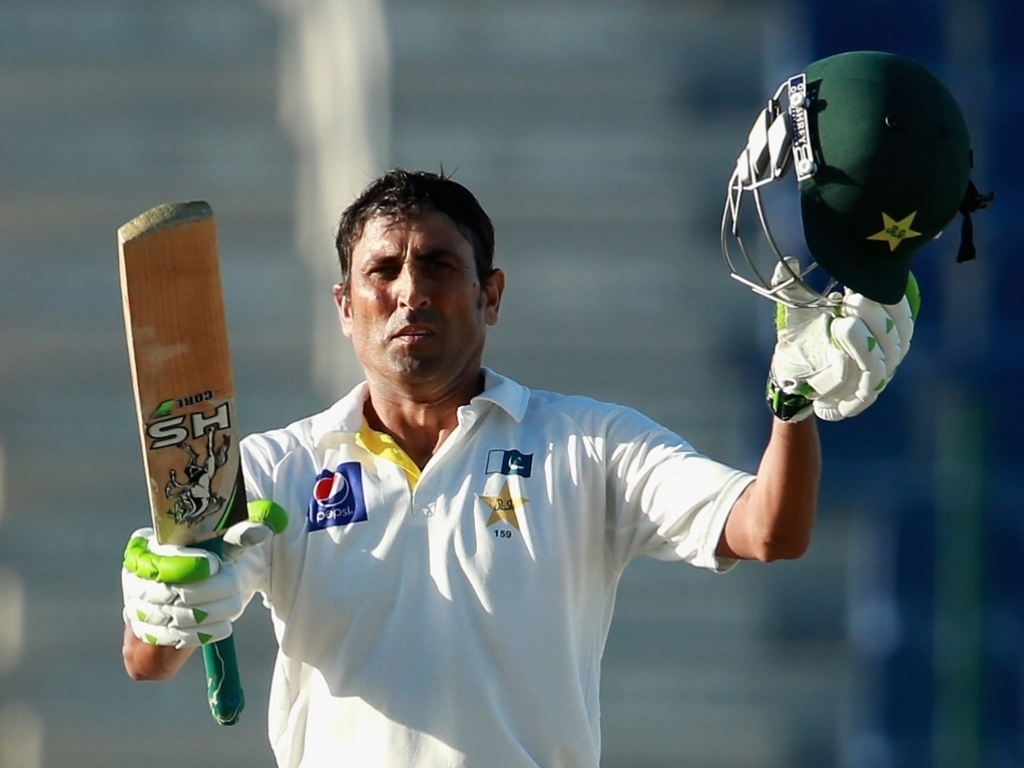 Pakistan veteran batsman Younis Khan needs only 19 more runs to break Javed Miandad's record for Tests runs for his country, but Younis says even if he does so, Miandad will always be the legend of the two.

Younis could reach the record in the first Test against England in Abu Dhabi, which starts on Tuesday, and he'll have reached 8,832 runs in 22 fewer TEsts, but he still feels Miandad is streets ahead of him.

Younis, who nearly reached the record against Sri Lanka in their most recent series, said: "It would be great to achieve the record. I never thought I would do it at the start of my career.

"Passing Miandad would be great but I am in no way close to the great man who is a legend of Pakistan cricket.

"Even after passing his tally of runs I would not be able to attain the heights that Miandad achieved. He was idolised by millions."

Younis is Pakistan's leading century-maker in Tests, with 30 such scores, but says records are not his primary focus: "Records aside, I want to bat for my country and the best identity for me is not records.

"I want to be recognised as a batsman who always played for his country.

"I am feeling very normal, there is no pressure on me. This is an important series for us so I want to do my best for the team and for the country."