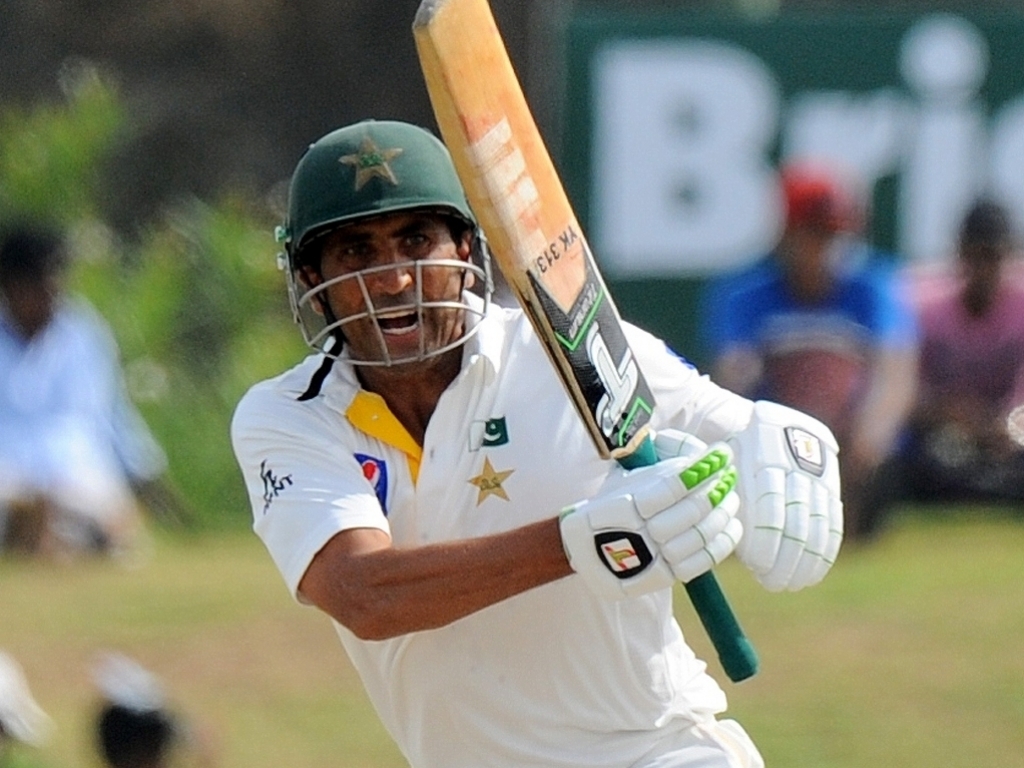 Veteran Pakistan batsman Younis Khan says he owes a lot of his success to former India top-order batsman Rahul Dravid, who gave him plenty of tips and tricks early on in his career in his quest to be a good number three.

Dravid, known as 'The Wall' for his solid defensive technique, apparently chatted to Younis many times over the years, and Younis says the India legend's advice is one of the reasons for his success and longevity in the game.

Younis said: "The tips and advice I got from Dravid at the early stages of the my career helped me develop into a top batsman who was comfortable at the number three position.

"Dravid was a top class professional and one of the greats of the modern era and I learnt from him."

One question often asked of the veteran batsman is whether he regrets giving up the Test captaincy in 2009, and while usually deflecting the question, Younis gave a solid answer this time.

He explained: "When I was made captain in 2009 I had told the then Chairman of the Pakistan Cricket Board Ijaz Butt that if I didn't deliver I would resign from the captaincy myself.

"I decided to resign as captain when we were in Abu Dhabi playing against New Zealand in late 2009 because I felt I couldn't deliver as I couldn't unite the team.

"Ijaz was ready to take hard decisions even with players. He supported me a lot as captain and he was the one who made me the captain and we went onto win the World T20 Cup in England in 2009.

"No one is perfect. Everyone makes mistakes. I also made mistakes and one of them was to leave the captaincy. But now I realise it is a big honour to lead your country and If I get a chance to lead the team again I will do it."

With retirement looming in the near future, though that has been deferred more than once, Younis said all he asked was that he be given a proper send-off, given how well he felt he has served the team over the years.

He added: "I have never disrespected anyone in my life. I have always thought about Pakistan first and then myself. No captain or coach can say Younis didn't support them or backed out of a given challenge.

"But I believe that every player whether he has played 100 tests or one test deserves to be treated with respect."