Yuvi happy to be back playing for Kirsten 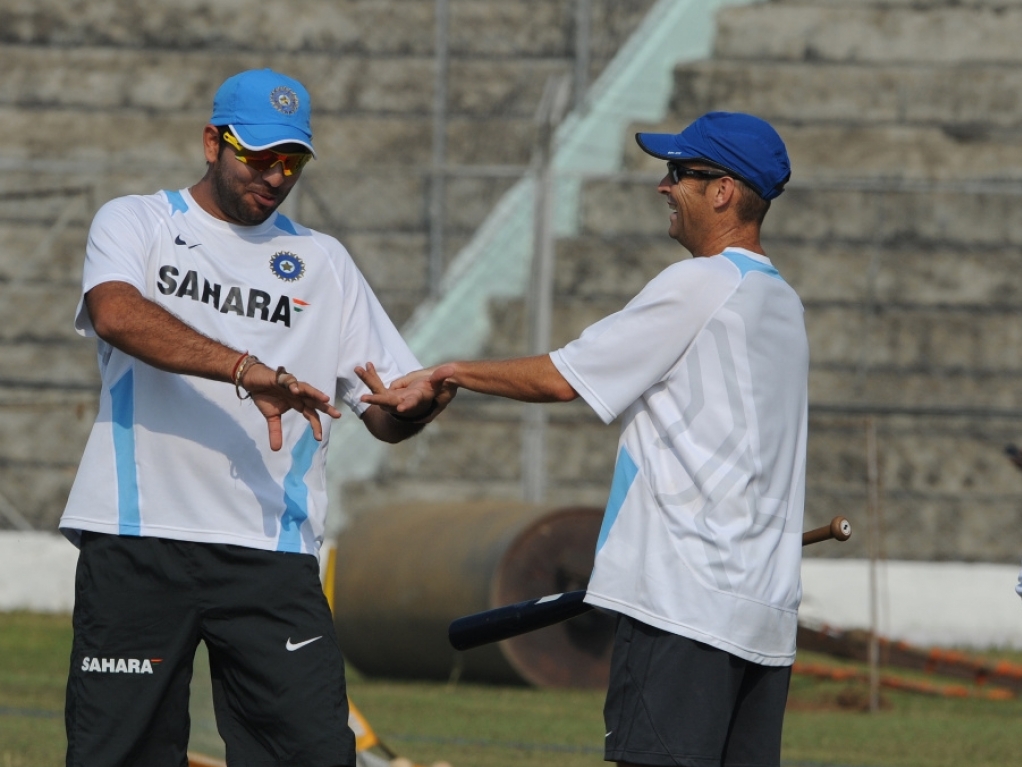 Indian allrounder Yuvraj Singh is happy that he will get the chance to play under former India national team coach Gary Kirsten next season at IPL side Delhi Daredevils, saying he had his best years playing under the South African.

Delhi paid an IPL record 2.65 million US dollar fee for the 33 year-old at the IPL auction on Monday, and Yuvraj, who was asleep while the bidding process was happening, is hopeful of reclaiming the form that saw him win the player of the tournament award at the 2011 World Cup, under Kirsten.

Yuvi said: "I was sleeping when the auction was going on. I came to know of this only when some guests came to my house and told me the good news. The best part is I am going to play under Kirsten. I had my best years under him and hopefully I can repeat that with Delhi."

Kirsten admitted that Delhi were desperate to get the player, who is having a decent season in domestic cricket, despite him not being selected for India's World Cup squad this year.

The 47 year-old Kirsten said: "You want to know that throughout the season you have various combinations to fall back on. I think we learned from last year that if we want a player we need to push hard for him.

"Hence we were prepared to go all the way with Yuvraj and it's great for the player as well."