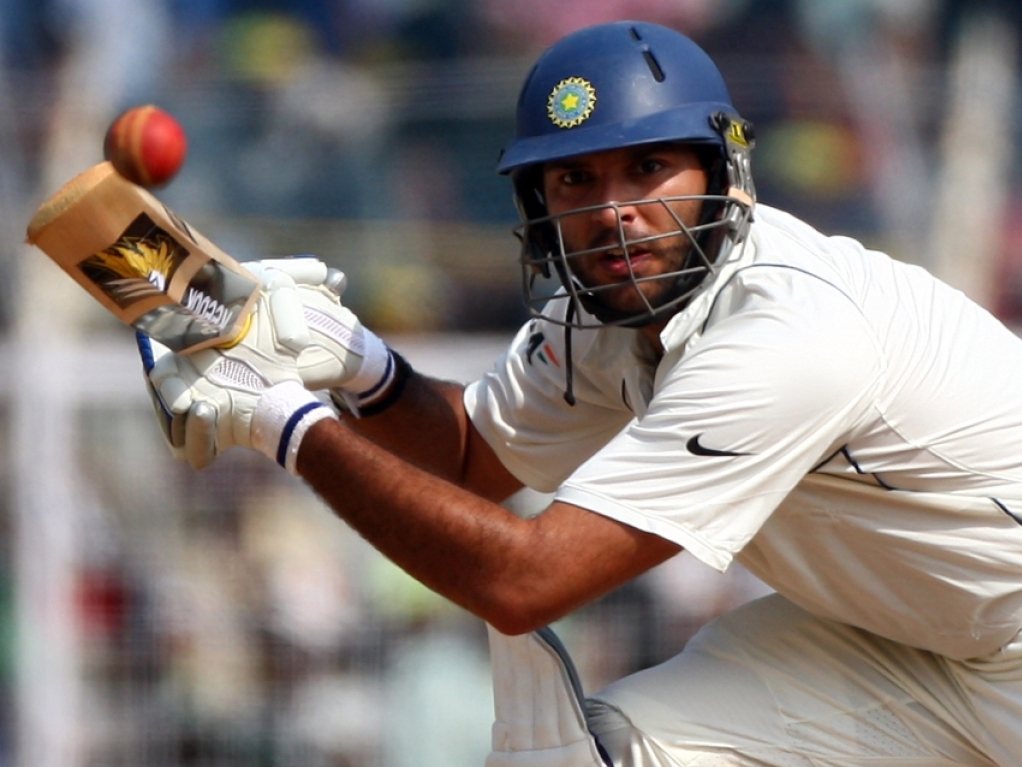 Veteran batsman Yuvraj Singh has not given up hope of getting recalled to the India Test side, saying he could add value especially on spinning surfaces.

India's schedule sees them hosting a large chunk of Test cricket in the next 12 to 18 months and the 34-year-old Yuvraj says his best performances have been on turning tracks.

The last of left-hander's 40 Test appearances came in December 2012, against England in Kolkata, but he has been putting up good runs in domestic first-class cricket.

Yuvraj told The Times of India: "There's an opportunity there, for sure. India is playing 13-15 Tests in India next. I've scored six-seven hundreds in the past couple of seasons in the Ranji Trophy (domestic first-class competition).

"If I get a chance to play on spinning tracks, I've been playing spin well. I'd love to play Tests again … (but) selection isn't in my hands. All I can do is try my best."

Since making his Test debut against New Zealand in 2003, Yuvraj was never a regular in the longest format but he attributes that to being reserve batsman during an era when India had a strong middle-order featuring greats like Rahul Dravid, Sachin Tendulkar, Sourav Ganguly and VVS Laxman.

Yuvi continued: "When you've been the 12th man of a team for seven years, and you have greats like Tendulkar, Ganguly, Dravid, (Virender) Sehwag and Laxman, it's difficult to get an opportunity because that time we used to get one or two chances."