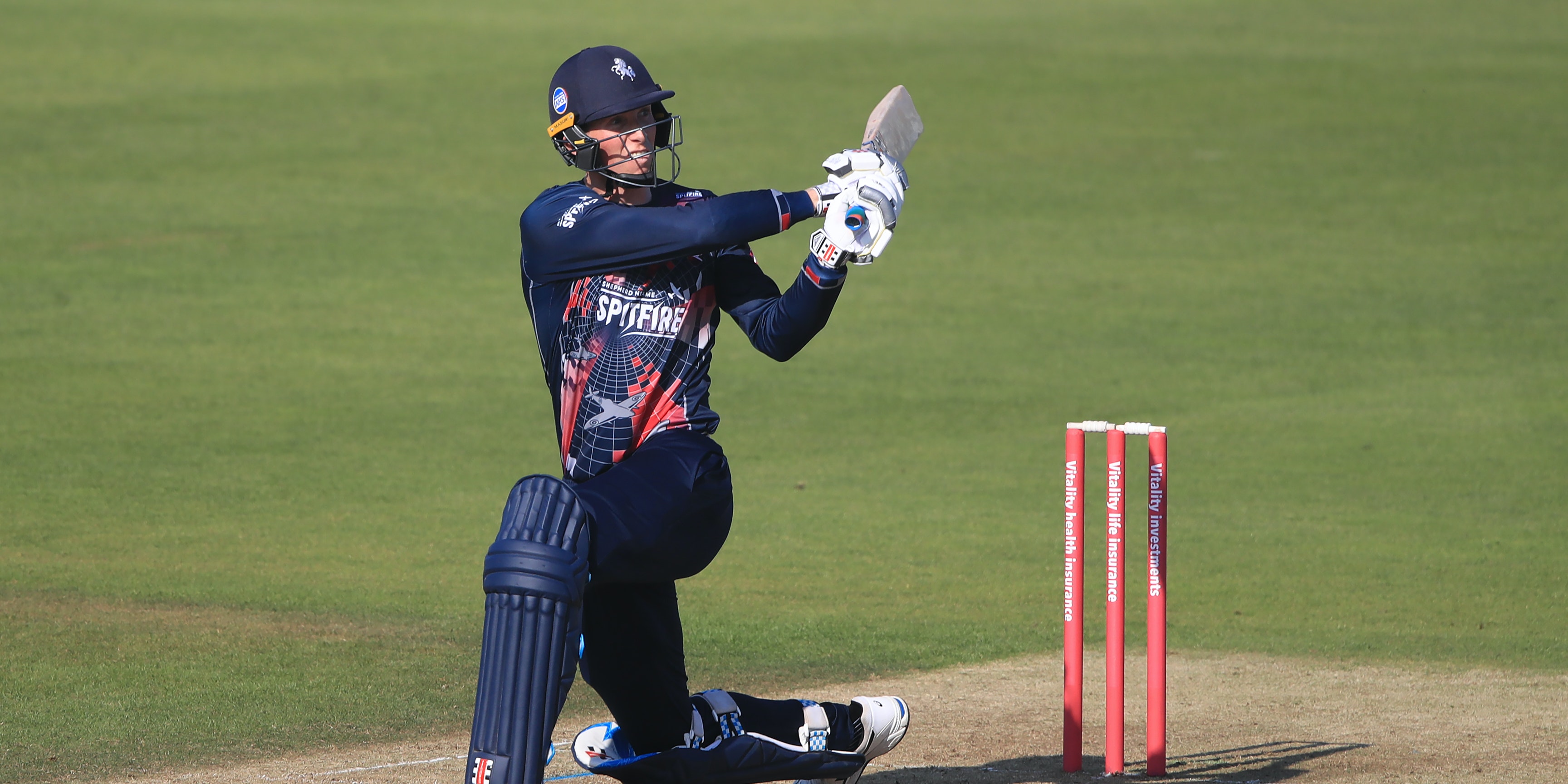 Zak Crawley’s brilliant unbeaten century propelled Kent up to second in the South Group after an eight-wicket win against Hampshire at the Ageas Bowl.

Crawley, who scored 256 for England against Pakistan at the same venue last month, was undefeated on 108 to help Kent reach 183 for two as they passed Hampshire’s imposing 182 for six with 17 balls to spare.

He struck 14 fours and two sixes, reached his half-century off 26 balls and brought up his ton off 48 deliveries.

Hampshire, who can no longer qualify for the quarter-finals, set Kent a big target thanks to James Vince (48) and James Fuller, who notched his 50 with a six off the final ball, but Crawley made light work of the run chase.

Surrey moved into top spot thanks to some big hitting throughout their line-up in their 30-run win against Middlesex at Lord’s.

Laurie Evans (26), Rory Burns (25) and Jamie Overton (29) all chipped in with quickfire scores and plenty of boundaries and despite Middlesex opener Stevie Eskinazi’s 44-ball 77, the home side fell short in reply.

Holders Essex kept their hopes of qualifying for the latter stages alive with a 12-run win against Sussex – their first T2- Blast victory this season.

Sussex, bidding for a fifth win from seven matches, were undone by Essex’s Dan Lawrence, whose first 46 runs in a 44-ball 81 were made up entirely of boundaries.

Lawrence helped Essex set a challenging total of 197 for five and Sussex rarely looked like getting there as they closed on 185 for eight.

In the North Group, Yorkshire’s hopes of progressing were dashed as they lost four players due to coronavirus concerns before going down by six wickets against Roses rivals Lancashire at Headingley.

Matthew Fisher, Tom Kohler-Cadmore, Josh Poysden and David Willey were all withdrawn from Yorkshire’s squad shortly before the 6.15pm start and are now awaiting results of Covd-19 tests.

Yorkshire skipper Adam Lyth thumped three fours and two sixes in his 20-ball 36, but apart from Dawid Malan (27) and Will Fraine (24) his side struggled with the bat and made only 145 for nine.

Lancashire’s Luke Wood and Matthew Parkinson took three wickets each before captain Dane Vilas (44 not out) and Rob Jones (38no) eased the visitors to victory with just over two overs in hand.