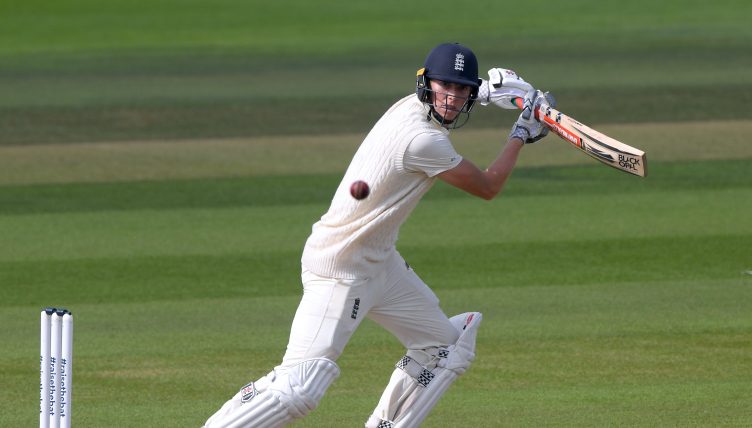 Zak Crawley marked his return to the England side with a half-century as the rain-ruined second Test meandered to a draw on the final day at the Ageas Bowl.

Play did not begin until 3.20pm as an overnight deluge left the outfield – and particularly the bowlers’ run-ups – in a soggy state, leaving only a box-ticking session of 38.1 overs to play out before a forgettable week in Southampton was consigned to the history books.

England finished on 110 for four before the inevitable outcome was agreed, with Crawley helping himself to 53. They were low-intensity runs but, having been left out of the past two Tests to accommodate an extra bowler, the 22-year-old will have enjoyed his time in the middle as well as the chance to remind the selectors of his value.

The teams will spend the next three days locked down at the venue before the series decider gets under way on Friday with England 1-0 up.

Dom Sibley made 32 before being strangled down leg in familiar fashion, with Mohammad Abbas taking two wickets and Yasir Shah the last scalp of the match.

Just 96.2 overs were possible across the first four days, with progress running to a standstill over the weekend and the willingness of umpires Richard Kettleborough and Michael Gough to get the game going drawing plenty of scrutiny.

The downpour left them no choice about deferring the scheduled 11am start this time, with the ground saturated. There was another light shower during the first pitch inspection of the day and another four were made under increasingly bright skies before a decision was made to begin almost 24 hours after the teams had last been in the middle.

Pakistan had been all over England at that point, Shaheen Afridi seeing off Rory Burns for a duck before he and Abbas exploited the perfect swing bowling conditions to threaten Sibley and Crawley with every ball of a short five-over burst.

Conditions were different now, though, with the competitive energy sucked out of proceedings and belated blue skies offering a much friendlier proposition for the batsmen.

Crawley was first to make his move, pulling Abbas confidently in front of square in the third over of the day and following up with a stroke through cover when he over-corrected. An airy flick over mid-on from Shaheen suggested carelessness might be Crawley’s only barrier to a welcome score but Sibley was taking it more slowly.

It took him 45 deliveries to reach double figures before a pair of steers to the third-man boundary and a full toss from Yasir got him moving. Yasir’s spell was the first sight of spin in the match, Dom Bess having gone unused in the previous innings, and he had been greeted by the sight of Crawley dancing down to his third ball and launching over the top.

He should have had his revenge when Crawley advanced again on 37, but Mohammad Rizwan missed the stumping chance when the ball snuck between bat and pad. Three overs of Shan Masood’s lesser-spotted seamers did little to elevate the contest, but did help Crawley tick past 50 in 97 deliveries.

The return of Abbas ensured he would not go much further, with the first ball of his second spell moving off the pitch and flicking the back pad to give the touring side something to celebrate in an otherwise quiet passage of play.

Abbas might easily have added captain Joe Root for a duck, beating the outside edge with a couple of beauties as he tied up a wicket maiden. Instead it was Sibley who became the 30-year-old’s next victim, playing at one down the leg side and feathering a catch through to Rizwan.

Ordinarily batsmen are considered unlucky to fall in such fashion but the right-hander, who made 32, is building an unwanted body of evidence that he is prone in that department.

Root outlasted some wonderful bowling from Abbas to ensure he finished not out on nine but Ollie Pope was dismissed for just nine, Yasir clamping him lbw with one that went straight on.

With a maximum of 41 overs needed before things could be wrapped up Root opted to declare in the 39th – with the theoretical change of innings taking up the remaining time. In the absence of handshakes the players bumped fists as they left the field.