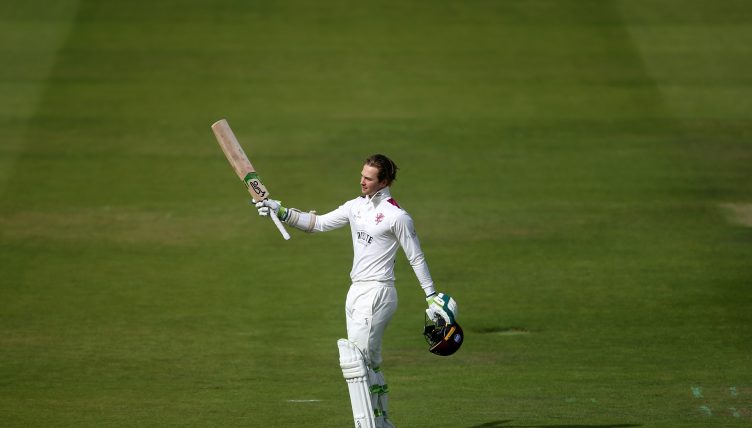 Somerset batsman Eddie Byrom revealed his ambition to play for England rather than his native Zimbabwe after making an eye-catching century against Essex in the Bob Willis Trophy final.

Byrom, 23, moved from Harare to Taunton in 2015 and has played for Somerset for the past four years.

He has been a low-key performer for much of that time, but his knock of 117 across more than five hours and two rain-affected days of this season decider is the kind of innings that can act as a springboard to young careers.

Against a high-class attack that is used to rolling over opposition sides in a hurry, he lasted for 217 balls, hit 16 boundaries and was unusually comfortable against the prolific spinner Simon Harmer.

Without his efforts, Somerset’s final total of 301 would have looked a lot more vulnerable.

Zimbabwe are understood to have shown renewed interest in winning the left-hander’s allegiance but, having arrived in this country on an Irish passport courtesy of a grandparent, he is now on the way to being granted British citizenship.

In time, he hopes to use that to represent his adopted country at the highest level.

“I’ve certainly committed to playing for Somerset and want to play for England. That’s my ambition,” he said.

“I moved over from Zimbabwe when I was 16, got on to the Somerset Academy and progressed from there. Zimbabwe is a bit of a mess right now – it’s not really a temptation, no.”

England remains a long shot as it stands, with a first-class average of under 27, but he does not hide from his past failures and wants to start again after proving his credentials on the biggest stage available to first-class cricketers this summer.

“It’s certainly the most important innings I’ve played, it’s such a big game. It’s made me and my family very proud to do this,” he said.

“I’ve been quite disappointed in the results I’ve been able to give the team in recent years. Year on year I’ve been given responsibilities and I haven’t lived up to that. It has been frustrating because I know I’m better than what I’ve produced. Hopefully this hundred can spur me on to more.

Sam Cook kept Essex in the conversation with a fine haul of five for 76, just rewards for 32 overs of consistently challenging seam bowling.

Head coach Anthony McGrath was pleased with the 23-year-old’s return and believes he will only add to his armoury as he builds experience.

“He was superb and I am delighted that he got a five-for in the end so he can get the accolades,” he said.

“Sam has got better and better for us. He is still only a young guy and is developing into a really fine bowler.

“He is improving all the time. He’s learning to swing the ball and has a bit more development to come physically. If he keeps taking wickets then he can put himself in the frame for further honours.”